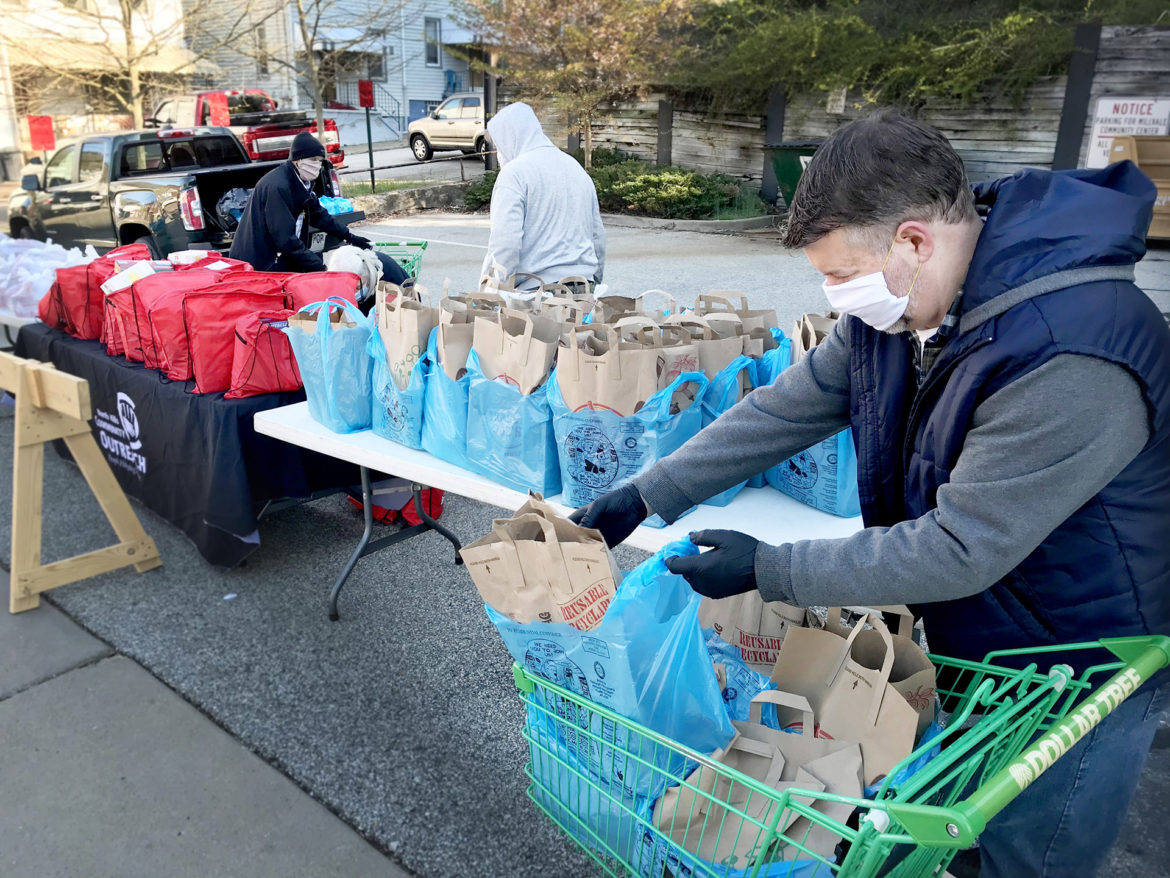 Some food distribution charities are seeing a significant increase in need since the onset of the COVID-19 outbreak.

For example, North Hills Community Outreach reported giving out two to three times more food than is typical at its three sites.

Others, like Northside Common Ministries, report demand that has remained steady.

And the total impact has been mixed for some. The East End Cooperative Ministries is giving out three times as much food in its pantry but is serving less food in its soup kitchen.

About 10% of the food pantries and soup kitchens across the 11 counties served by the Greater Pittsburgh Community Food Bank have had to shut down entirely.

Increasing: Their sites at Allison Park and Bellevue/Avalon have been serving about 80 people weekly, up from 40 normally. Its Millvale site served 125 people at its monthly distribution, up from about 50 people. Staff members unable to do some of their other services are helping out with the increased load, communications director Jeff Geissler said. They’ve received additional monetary donations and gift cards and have put increased focus on the senior buddy program by checking in on elderly residents by phone and delivering some meals.

Increasing: They served 982 meals in March, an increase from about 700 meals in a typical month. Central Baptist Church in the Hill District orders food from the Greater Pittsburgh Community Food Bank every three months and serves hot lunches five days a week. Kitchen coordinator Jaqui Dawson said she doesn’t know if costs will increase.

Stable: Serves about 850 families. “It’s one of the larger pantries in the state,” said Jay Poliziani, the executive director. He has recently seen more immigrant and refugee families.

Increasing: They saw a 43% increase in food donations the first two weeks of April,  compared to last year. They’ve had to spend an additional $17,000 on food, including new disposable packaging, according to Kelly Kepner, the mission’s marketing and communications manager. They’ve also received many new donations.

Mixed: They are serving 90 families per day in the pantry, three times as many as before. But the number of meals in their soup kitchen has dropped from about 130 to about 75 per day. Carole Bailey, the president and CEO, thinks the drop could be because some people who were coming for a warm place to hang out can’t come inside anymore. But about half of the groups that used to volunteer to cook dinners have canceled, so costs have increased. Bailey noted that cash donations are more useful than food donations.

Stable: About 150 people show up to its monthly distribution. It’s more work to package  the food before putting it into people’s cars, said Julie Nieser, the church secretary.

Mixed: They used to serve about 50 to 70 regulars, three meals per day but now they serve about 100 people two meals per day. In the past, the kitchen typically served adults, according to worker Kathleen Angel.  “Now we have a number of families with children who pick up a meal for their kids and younger people who would’ve been working,” she said. They no longer have help from volunteers. “So everybody has five jobs,” she said.

Closed: They used to serve 150 to 200 people every five weeks but had to close their pantry. They also stopped serving Tuesday night dinners because their volunteers are elderly, according to Dan Turis, associate pastor and minister of outreach. The church was part of a consortium of five Downtown churches that takes turns providing food for a whole week. “We were the ones that gave the most food so we would have the most people,” Turis said.

Stable: They give out food to about 60 families once a month. So far, the numbers have been about the same, pantry coordinator Jane Herring said.

Stable: They continue to serve about 15 families in Oakland. They delivered their food this month rather than have people come in, according to Jenna Carlson, food pantry coordinator.

Increasing: The number of families served increased more than 16% in March compared to March 2019. Staff expect the need will increase as the bank’s pantry network has been ordering 30% to 40% more food than typical, and many of the pantries and soup kitchens that stopped serving for health concerns are starting to open again.

Increasing: In the first month of the crisis, it served about 5,600 families — 700 more families than it normally would. The bank received about $100,000 in additional donations, which has kept them from having to dip into their cash reserves, but Executive Director Jennifer Miller said that won’t last.