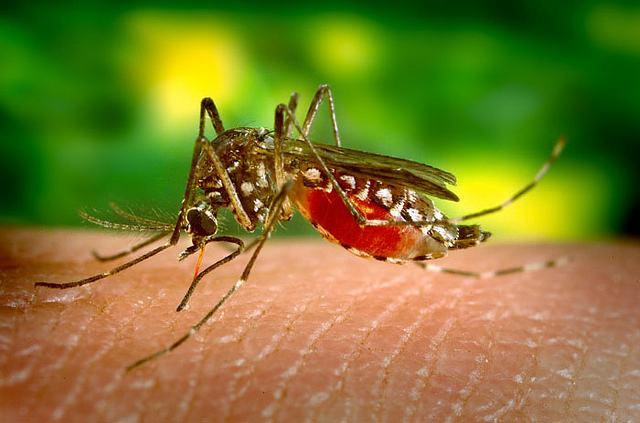 Although Pennsylvania may be home to a few people carrying the Zika virus, there is no need to sound the alarms just yet.

According to Dr. Loren Robinson, deputy secretary for health promotion and disease prevention at the Pennsylvania Department of Health, the six to eight pending cases in Pennsylvania did not originate here. The potentially infected individuals would have acquired the virus while out of the country, she said.

The virus, which causes flu-like symptoms, is transmitted through mosquitoes.

“We’re really asking folks to pay attention to the travel advisories issued with regard to the 24 affected countries,” Robinson said on a Friday afternoon media call arranged by the Pennsylvania Medical Society. “We will work closely with all local health providers and facilities so that people with any risk factor can be properly evaluated and screened.”

The 24 affected countries include Mexico, Samoa and Cape Verde.

The spread of the Zika virus began in the Western Hemisphere last spring when several cases appeared throughout 20 countries. In the United States, 31 cases have been reported in 11 states, including Pennsylvania.

Robinson said the Department of Health has plans to start screening mosquitos in the spring.

The virus is primarily carried by Aedes aegypti, a species of mosquito that sticks to the Southeastern part of the country, flying from Texas to Florida.

But there is another species, the Aedes albopictus, that has been found in parts of Pennsylvania and has the potential to carry the virus. However, there have been no confirmed cases of this species carrying the virus.

Robinson did not know how much money, time or resources the department planned to devote to screening mosquitoes, but she said they were meeting with the Pennsylvania Department of Environmental Protection next week to discuss the screening process.

The Zika virus causes flu-like symptoms, such as rash, fever and red eyes, that last for about 10 days. The risk for most people stops there. One-fifth of people with the virus show symptoms, said Dr. Stephen Colodny, an infectious disease specialist and member of the Allegheny County Medical Society.

Of that 20 percent, however, pregnant women have another symptom to worry about.

Expectant mothers who contract the virus could transmit the virus to the unborn child. The child, as a result, could be born with microcephaly, a disease that causes unusually small head size, and consequently, an array of developmental issues.

According to Dr. Kurt Barnhart, an ob/gyn in Philadelphia and chair of the Pennsylvania section of the American Congress of Obstetricians and Gynecologists, not every pregnant woman who carries the Zika virus will transmit it to their child.

“We don’t know how quickly [the virus] penetrates, or how often it penetrates, but we do know viruses are transmitted from mother to baby,” Barnhart said.

Because of these risks, the Centers for Disease Control and Prevention and the Pennsylvania Health Department are recommending that pregnant women, or women planning to become pregnant, do not travel to infected countries.

Barnhart said that based on past research of virus transmission, a woman planning to become pregnant should wait about three months after travel to ensure there is no lingering exposure to the virus.

For concerned mothers, the best approach is to consult a physician or hospital. If the expectant mother displays symptoms of the virus and has recently traveled to infected countries, the physician will take a blood sample. The sample would be sent to the Department of Health, who would pass it to the CDC for screening, Robinson said.

“There’s no commercial test available for Zika yet. The CDC is the only place that can test for the virus,” she said. “The whole country is sending their blood to them.”

According to the CDC health advisory regarding the disease, there are plans to set up more screening centers in state health departments.

Despite outbreaks in other countries, the state health department and physicians are remaining calm.

“This is a rare event, and what we’re doing right now is just sharing information,” said Mike Fraser, executive vice president for the Pennsylvania Medical Society. “[The virus] is something to be concerned about but not to cause panic.”