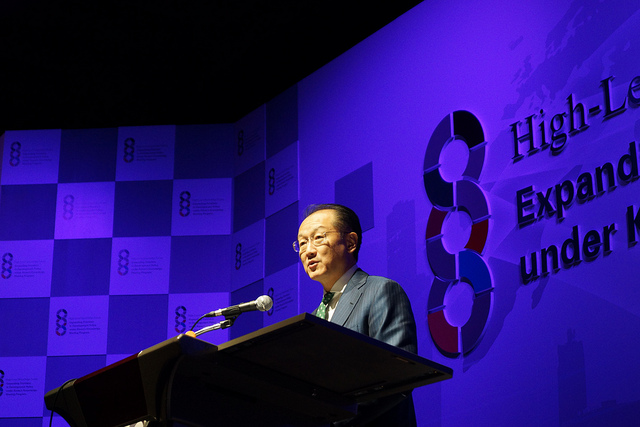 The World Bank has allowed an estimated 3.4 million people to be displaced, either physically or economically, for construction projects that they’ve funded, which is in direct violation of its policy to “do no harm,” according to a project by a group of reporters from the International Consortium of Investigative Journalists and The Huffington Post.

Over the past decade, the bank has regularly failed to enforce its rules, with devastating consequences for some of the poorest and most vulnerable people on the planet...

In one example, local police swept through Badia East, a slum in Lagos, Nigeria, clearing families out of their homes so quickly that they could only take whatever they could carry. After that, excavators leveled the neighborhood to make room for an urban renewal zone financed by the World Bank.

The World Bank often neglects to properly review projects ahead of time to make sure communities are protected, and frequently has no idea what happens to people after they are removed. In many cases, it has continued to do business with governments that have abused their citizens, sending a signal that borrowers have little to fear if they violate the bank’s rules, according to current and former bank employees.

The team of reporters found cases where residents were displaced in 92 countries on almost every continent.

Between 2004 and 2013, the World Bank and its private-sector lending arm, the International Finance Corp., committed to lend $455 billion to bankroll nearly 7,200 projects in developing countries.

The World Bank has been addressing the investigation’s findings, but the situation for people in the wake of World Bank-backed projects has not yet improved. A first draft of new safeguard rules from last summer would have given even more power to the same local authorities that have done such a poor job in the past.

In December, the World Bank’s biggest patron, the U.S. Congress, approved a measure directing the American representative on the World Bank board to vote against any future project that would be subject to weaker safeguards than the ones currently in place.

The World Bank has gone back to the drawing board and will publish a new draft of these safeguard rules in the late spring or summer, according to the story.