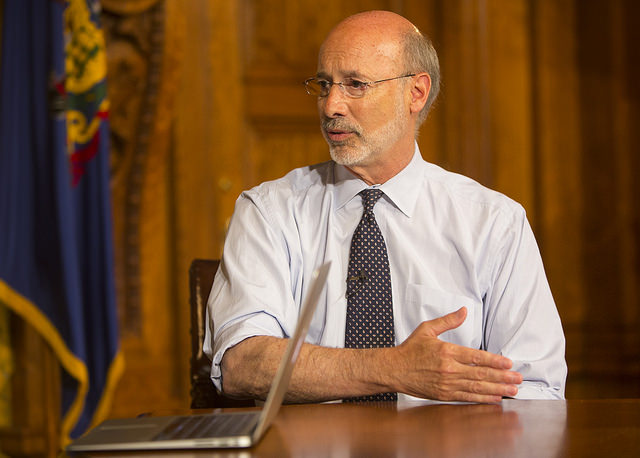 Gov. Tom Wolf has a new political action committee named "Rebuild Pennsylvania" that will be another avenue to advance his agenda and support other candidates, as first reported by The Philadelphia Inquirer.

Western Pennsylvania political consultant Mike Mikus will lead the organization, according to the story. Mikus was the campaign manager for Katie McGinty’s unsuccessful run for governor last year and managed Rich Fitzgerald’s successful run for Allegheny County Executive in 2011.

York Mayor C. Kim Bracey is the committee’s chairwoman and Kimberly Coleman is the treasurer, who was previously listed on Tom Wolf for Governor registration documents.

After losing to Wolf in the primary, McGinty, who is now Wolf’s chief of staff, led the Campaign for a Fresh Start political action committee during the general election.

Wolf took the high road on the way to defeating Corbett while his Fresh Start PAC hounded the incumbent in a classic good cop/bad cop routine.

McGinty said Wolf's PAC last year helped to "amplify a message" in the campaign. It looks as if he plans to once again turn up the volume.

Wolf contributed $10 million to his own campaign in 2013 to fund his competitive primary victory. He will jump-start Rebuild Pennsylvania with a personal check, according to the story.

The committee is affiliated with Tom Wolf’s campaign committee and the registration statement was filled out in April, according to the paperwork filed with the Pennsylvania Department of State.