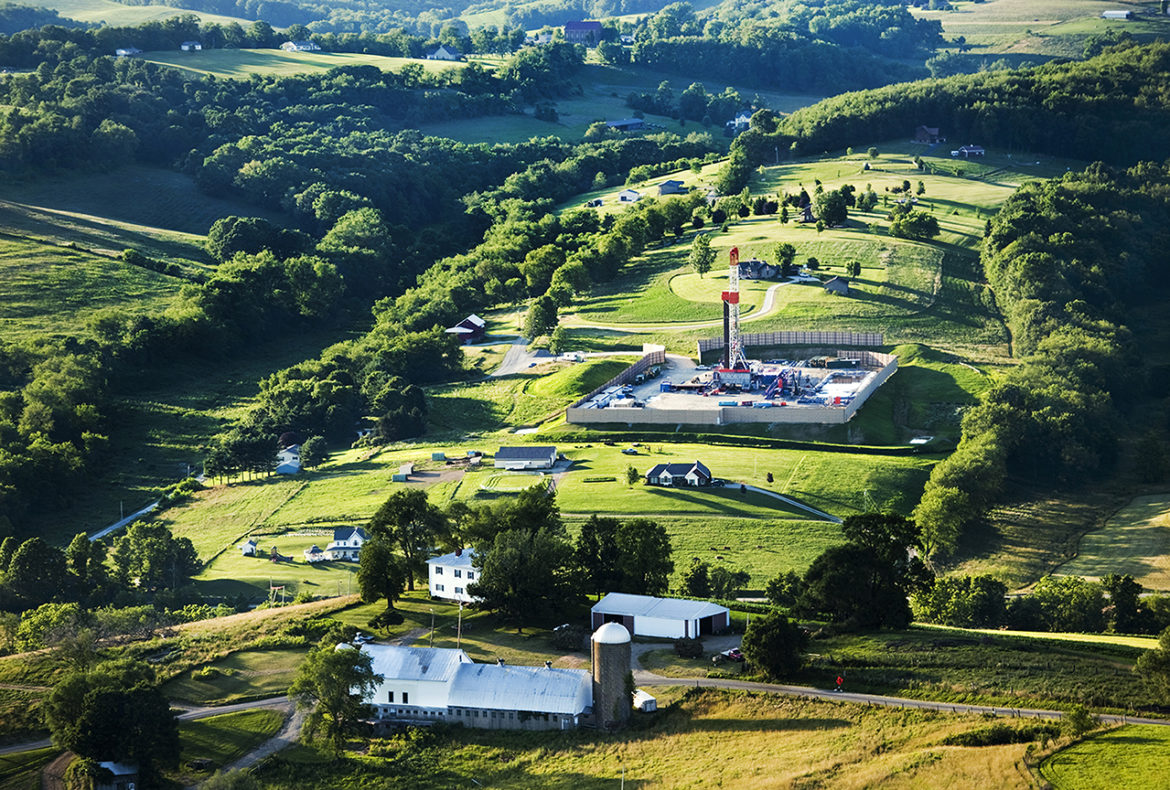 After more than five years and about 6,000 wells drilled in the Marcellus Shale boom, public-health experts say the need to collect information near fracking operations in Pennsylvania is urgent.

A health registry could show trends of illnesses, collect data and potentially answer the question of whether fracking is safe — a debate currently characterized by emotional arguments with little reliable information.

How will anyone in the state know the possible health impacts of hydraulic fracturing unless information is collected?

A health registry “is a critical issue that needs to be addressed,” said Dr. Ralph Schmeltz, an endocrinologist and former president of the Pennsylvania Medical Society.

Three years ago, the Governor’s Marcellus Shale Advisory Commission recommended that just such a registry be created to track people near fracking operations who reported they believed they were sick because of fracking.

“The most timely and important initiative that the Department [of Health] can undertake is the creation of a population-based health registry,” Dr. Eli Avila, the state’s secretary of health at the time, told the commission.

Yet Gov. Tom Corbett, a Republican who appointed the commission, has made no move to create a registry, and funds for it were stripped from Act 13, a bill that rewrote the state’s oil and gas law.

Aimee Tysarczyk, a spokeswoman for the Pennsylvania Department of Health, said in an email that the agency is still “exploring” creating a registry, but is trying to answer the question of where the money would come from.

Without a registry, some researchers are forming partnerships to study health information in drilling communities. But there is little funding for the studies.

The gas industry maintains that fracking is safe, existing health studies are unreliable and negative findings on health cannot be linked to shale drilling.

Many residents blame natural gas drilling for health problems that include headaches, stomach aches, respiratory issues and rashes, as well as the psychological impacts from the noise, lights and heavy traffic that are part of drilling.

But there’s been no long-term study about how drilling affects public health overall, which is exactly what the Governor’s Commission called for — following individuals who live within a one-mile radius over time. Currently, evidence of health impacts is largely anecdotal.

“That kind of study from a rigorous scientific perspective has never been done,” said Dr. Walter Tsou, a member of Physicians for Social Responsibility and former health commissioner of Philadelphia.

“We really owe it to those people who are going to get their wells drilled in the future to have already answered those questions,” Tsou said.

Health departments in both New York and Maryland, which also lie atop the Marcellus Shale, are working on health studies. Those studies are funded by their respective state governments and their governors have refused to allow fracking until the studies are complete.

While groundwater issues have long been a focus of the health debate, research also is needed on air emissions, wastewater disposal and potential harm to gas workers, public-health experts said.

There has been more health research involving fracking in recent years, but every study seems to consider a different aspect, and, because there is no coordination, there has been little replication to verify the results, experts said.

“There are so many questions to answer and everyone is studying something a little bit different,” said Dr. Marilyn Howarth of the University of Pennsylvania.

No funds for health registry

In 2012, the language that would have provided $2 million in funds, part of which was designated for the health registry, was cut when Act 13 was passed.

Of the annual $200 million impact fee, not a penny has gone to the Department of Health for any issues involving the industry.

Jay Pagni, Governor Corbett’s press secretary, declined to respond to a question about why no impact-fee funds have gone to the department. Nor would he respond to claims by health experts that Corbett doesn’t want to look at the health consequences of shale drilling.

Media sources have reported that Corbett received around $1 million in contributions from the natural gas industry for his 2010 election campaign.

“The governor has directed the Department of Health and the Department of Environmental Protection to work together to address any concerns and any complaints, as well as follow up on any type of health-related calls,” Pagni said.

The lack of funds for the registry is a problem, said Dr. Bernard Goldstein, a former dean of the University of Pittsburgh Graduate School of Public Health.

Spokespersons for both the governor’s office and the health department said that they haven’t “seen a direct link” to negative health outcomes related to drilling.

Goldstein has been an outspoken critic of what he said is a refusal by the Corbett administration to look into the health issue.

Other public-health experts agree that the state’s leadership has ignored possible health impacts.

When asked if she sees a state-led health registry getting created anytime soon, Raina Rippel, director of the Southwestern Pennsylvania Environmental Health Project, said: “Not under this administration.”

It’s not the Health Department’s fault, said Nina Kaktins, a nurse and co-chair of an environmental health group within the Pennsylvania State Nurses Association.

“They had their hands tied,” she said. “If there is no budget allocated, they can’t perform the duties they are supposed to.”

Studies in the works

While there is no state-funded health research of shale operations in Pennsylvania, there are some hospital initiatives, academic projects and smaller, community-centered health projects in the works.

Scientists and public-health experts at CEET are working on several projects funded by the National Institute of Environmental Health Sciences.

CEET has teamed up with Columbia University to look at water quality and the health of people on the Pennsylvania-New York border in counties with drilling and without drilling.

Howarth, director of outreach for the center, said the studies are unique because they look at both environmental exposures and health outcomes.

Howarth said this type of research is necessary to determine how best to protect public health but, unfortunately, “there’s not enough funding for the scope of research that needs to be done.”

The Health Project is a nonprofit in Washington County, Pa., that uses public-health researchers, toxicologists and medical professionals to study health impacts from fracking. It also staffs a nurse practitioner who evaluates people who think they’ve been sickened by drilling.

It may be the only outlet in the country doing health-related research and providing medical attention in shale communities.

In June, the Health Project published a health survey of people who live near drilling sites in Washington County. Between 2012 and 2013, the project found 27 cases of sick people who believed their symptoms were caused by air and water pollution from nearby drilling. Their symptoms included skin rashes, eye irritations, breathing problems, headaches and nosebleeds.

Researchers and medical professionals at the project continue to monitor them, Rippel said.

In March, the project released a study that suggests common air-monitoring techniques used by state and federal regulators don’t protect the public against health threats. The techniques fail to record harmful air emissions that spike during different stages of gas-drilling operations, researchers found.

“And we absolutely feel that those spikes are associated with poor health outcomes,” Rippel said.

The study with the most potential to draw conclusions about the long-term health consequences of shale gas operations on Pennsylvania communities is being led by Geisinger, a health system that serves 2.6 million people in the central and northeastern parts of the state.

The study could last decades and is unique because researchers will have access to electronic health records from regional healthcare systems. Researchers will be able to look at the health histories of hundreds of thousands of patients who live near shale gas wells.

Scientists are currently collecting information for a “data warehouse” that includes medical records, the location of thousands of gas wells and compressor stations, as well as air emissions, traffic and accident data, said Patti Urosevich, a spokeswoman for the Danville, Pa., system.

Geisinger, along with the Guthrie and Susquehanna health systems, have more than $1 million, much of it from foundations, to conduct the study.

Tysarczyk, the health department’s spokeswoman, said the agency is coordinating with Geisinger on the study.

“They are starting to do for their communities what we should be doing in the whole state,” Schmeltz, the endocrinologist, said of the Geisinger study. “It may take this sort of pilot project to stimulate the state to do it.”