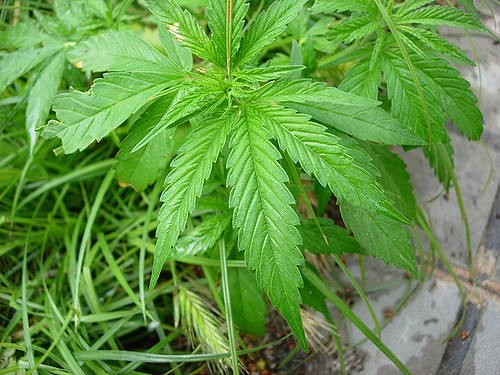 The U.S. Drug Enforcement Administration [DEA]  is considering whether it should officially categorize marijuana as less dangerous than heroin, a powerfully addictive drug that has been linked to thousands of overdose deaths nationwide.

Marijuana, which has been linked to no overdose deaths and is legal either recreationally or medically in several states, is considered a Schedule I drug by the DEA.

This classification is reserved for what the DEA considers the “most dangerous drugs,” which are considered to have no accepted medical use. Among them are heroin, LSD, peyote and ecstasy.

Schedule II drugs, which the agency still considers dangerous, though less so, include cocaine, methamphetamine and fentanyl. These drugs are deemed to have legitimate medical uses.

With little fanfare on Monday, the DEA has said it could make a decision on reclassifying marijuana within three months. The agency’s leadership, however, has not recently signaled much softening of its stance.

According to Vice News:

Opponents of marijuana legalization, including top DEA officials, have argued that there's no hard evidence that proves marijuana has legitimate medical benefits. Chuck Rosenberg, the acting head of the DEA, went so far as to call the idea of medical marijuana a "joke" last November.

Rosenberg said then that marijuana should not be called “medicine.” However, in states that allow its use, marijuana has been used to treat conditions such as epilepsy and the side-effects of chemotherapy, according to Vice.

As the Vice story notes, the Schedule I classification makes researching marijuana difficult for scientists to study any potential health benefits or dangers.

In Pennsylvania, a bill to allow limited use of medical marijuana is awaiting final approval by state lawmakers. The bill does not allow recreational use of the drug and only allows medical usage in oil, liquid or pill form. Parents of children with conditions that cause seizures have been pushing for legalization of medical marijuana.

The Pittsburgh City Council this week voted to reduce penalties for possessing small amounts of marijuana from a misdemeanor to a summary offense. A criminal record would list a violation of “certain defined conduct” rather than a marijuana offense.

State law says possession is a misdemeanor (or a felony for large quantities); penalties increase based on quantity and can include prison time.

While states such as Colorado and Washington have fully legalized marijuana use, possession and distribution is still a federal crime.

According to Vice, the Food and Drug Administration [FDA] has provided the DEA with an analysis of the safety and possible medical use of marijuana, along with its recommendation on any reclassifying. However, what the FDA actually recommends is not publicly known.

The DEA has not been friendly to the idea of rescheduling the drug in the past. The agency evaluated two petitions in 2001 and 2006, but ultimately decided to keep the drug as in the Schedule I category. Another petition was denied in 2011.

For more information on how the government considers marijuana more dangerous than cocaine and methamphetamine and alcohol, this Vox video offers some comparisons.