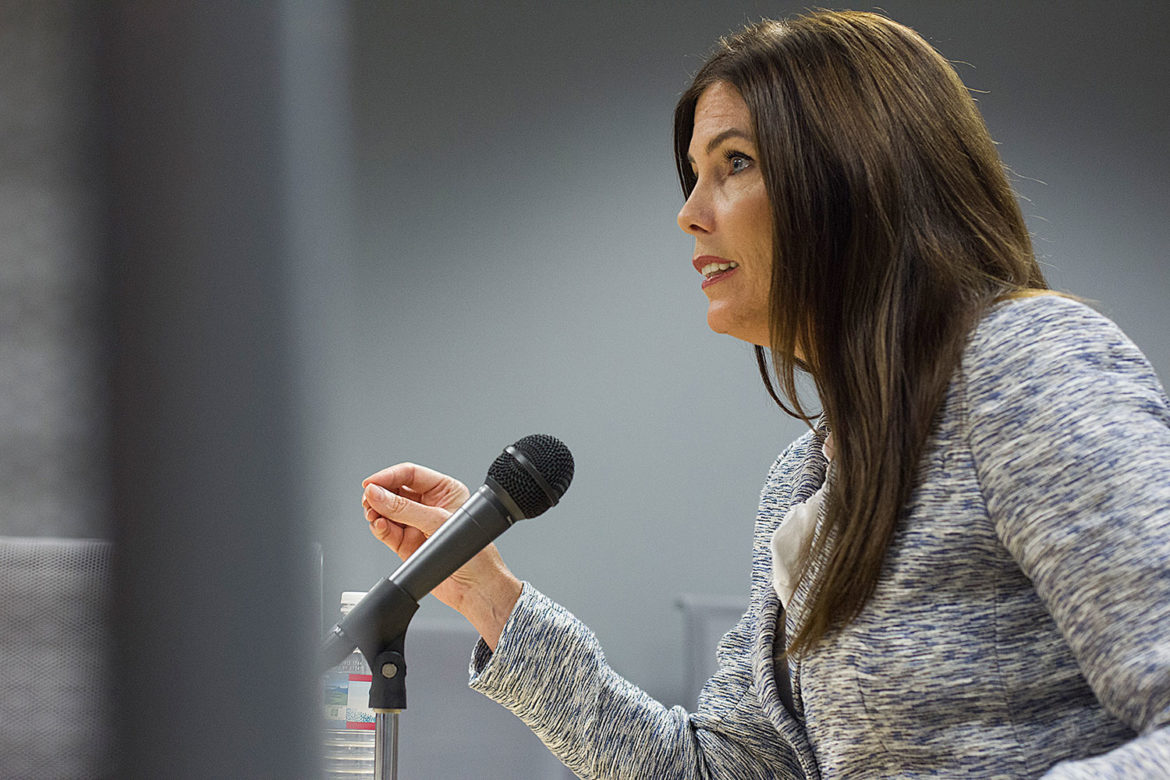 Amid a torrent of recent corruption scandals, the Pennsylvania Legislature is considering changes to the state ethics law.

In March came reports of four Philadelphia state legislators and a former traffic court judge caught on tape taking money and gifts from a lobbyist. The recordings were part of a sting operation that began under Gov. Tom Corbett when he was the state’s attorney general.

Days later, the state Ethics Commission found that three former Pennsylvania Liquor Control Board (PLCB) members took gifts from companies that wanted to sell their  products in the state.

Alcoholic beverage companies gave former PLCB Chief Executive Walter Joseph “Joe” Conti, Patrick “P.J.” Stapleton and James Short more than $23,000 in gifts, including bottles of bourbon, whiskey and wine, along with trips, including one sponsored by the Tiger Woods Foundation.

But state officials and ethics experts alike see little evidence from past attempts that legislators will impose serious ethics controls or standards with real consequences.

“Legislation usually comes after a big scandal,” he said. “It might be a point of change, but usually, the proposals don’t make it.”

“There are probably about 12 bills that have been introduced to amend the Ethics Act in this session of the General Assembly,” said Caruso, who was appointed last year.  “But they always get stuck in committees.”

One such committee is the State Government Committee of the Pennsylvania House. Rep. Mary Jo Daley, a Montgomery County Democrat, is on the committee.

“I don’t see any objections to any of these bills,” she said. “But there hasn’t been a vote on any of them. Quite honestly, it has been really frustrating.

“As an individual representative, I would put ethics on a higher plane,” Daley added. “But frankly, it’s not a big topic of conversation in the committee.”

One of the bills moving through the Senate, SB 1327, would ban lawmakers from accepting most forms of financial gifts, including cash, gift cards, money orders or checks, from lobbyists or others who could be affected by state House or Senate legislation.

Sen. Rob Teplitz, a Democrat whose district covers the counties of Dauphin and Perry, said the reason ethics reforms usually stall is obvious.

The Public Official and Employees Ethics Act went into effect in 1979. After 35 years, the law still consists a few simple rules:

“The vast majority of allegations we see are your basic conflict of interest,” Caruso said.

The Ethics Law has been amended twice, in 1989 and 2006, but it hasn’t kept up with complex business arrangements and loopholes. For example, under the current ethics law, a legislator couldn’t approve state payments to his own business, but he could approve them to his brother-in-law’s business.

“There are people engaging in practices that are legal, but that shouldn’t be legal,” said Teplitz.

The Ethics Commission wants to close loopholes and give the law more teeth.  In September 2013, the State Ethics Commission met with the State Government Committee of the House. The meeting followed a summer of scandals involving, among others, the Turnpike Commission and a House member’s connection to illegal gambling.

Commission Chair John Bolger presented the committee with a list of recommendations for making ethics rules stronger and more enforceable.

Among the simpler suggestions was expanding the law’s definition of “immediate family” to include in-laws, requiring government agencies to regularly audit their own ethics compliance and mandating ethics training for all elected officials.

In February, the Commission found that three Fayette County township supervisors violated ethics rules by unanimously voting to give themselves a flat-fee vehicle allowance. Bullskin Township supervisors William Geary, Walter Wiltrout and Thomas Keefer approved a flat fee of $250 per month to cover the use of their personal vehicles for township business.

Another Ethics Commission recommendation is to clarify rules regarding misuse of the ethics complaint process.

“It’s difficult to prove whether a complaint is frivolous,” said Caruso. “We don’t have a good way of doing that.”

In March, the Ethics Commission found that Brian Harvanek, a member of the Cheswick Borough Council in Allegheny County, voted to approve more than $35,000 in payments to his own vehicle maintenance company.

Harvanek also had failed to disclose his ownership of the company, which serviced government vehicles such as police cars through a contract with the borough. The Ethics Commission fined him $1,000 and ordered him to file financial interest statements for 2011 and 2012.

Harvanek said he always abstained from votes involving his company. He just couldn’t prove it.

“We have a half-assed council doing half-assed work keeping records, so we couldn’t show [the Ethics Commission] whether I voted ‘yes,’ ‘no’ or abstained,” he said.

Harvanek added that he wasn’t the only Council member who had not filed disclosure forms.

“But I got caught because I voted against spending money on a new fire truck,” Harvanek added. “The people who turned me in were … the firemen and the friends of firemen.”

When accused of violating ethics rules, public officials often accuse their accusers of having political motivations, according to Caruso.

“A high percentage of complaints are filed not because [complainants] want good government, but because an opponent wants to get the other guy,” he said.

For the Ethics Commission, the main concern is whether there is enough evidence to warrant an investigation of a complaint.

“We don’t look at why they file and we don’t get into the politics of it,” Caruso said.

The Ethics Commission can impose fines and other penalties following an investigation, and enforce them through the Commonwealth Court.

“If someone is found in violation, and the penalty isn’t paid, we take them to court and they can be put in jail until it is paid,” explained Caruso.

But that’s only if the Commission finds the specific violations described in the original complaint. If other ethics violations come to light during the investigation, the Ethics Commission cannot add them to the complaint. The Commission has suggested changing that aspect of the law.

“In a criminal case, the district attorney can amend a complaint, and add charges if they discover other crimes while investigating the original crime,” Caruso said. “We can’t do that.”

Attorney General Kathleen Kane has faced criticism for ending the investigation of the legislators who were recorded on tape. She has said that the case would be difficult to win because of the credibility of the informant who recorded the officials, who has his own legal troubles.

Media outlets and others have filed motions to unseal the secret court records that detail the sting operation. The Pittsburgh Tribune-Review filed a motion in late March and was joined by other news outlets and the Pennsylvania Freedom of Information Coalition. (PublicSource is a member of the coalition.)

Kane has said she supports unsealing the records.

As the latest ethics bill makes it way through the legislature, some observers suggest that real ethics reform won’t happen without a change in attitude among lawmakers.

“Legislation can’t do it alone,” said Hazard. “Changing a culture of corruption involves some civic leadership.”

“That’s the struggle,”  said Teplitz. “There are some big-ticket reform ideas, but [some legislators] believe that you’re trying to take away something they feel they’re entitled to.”