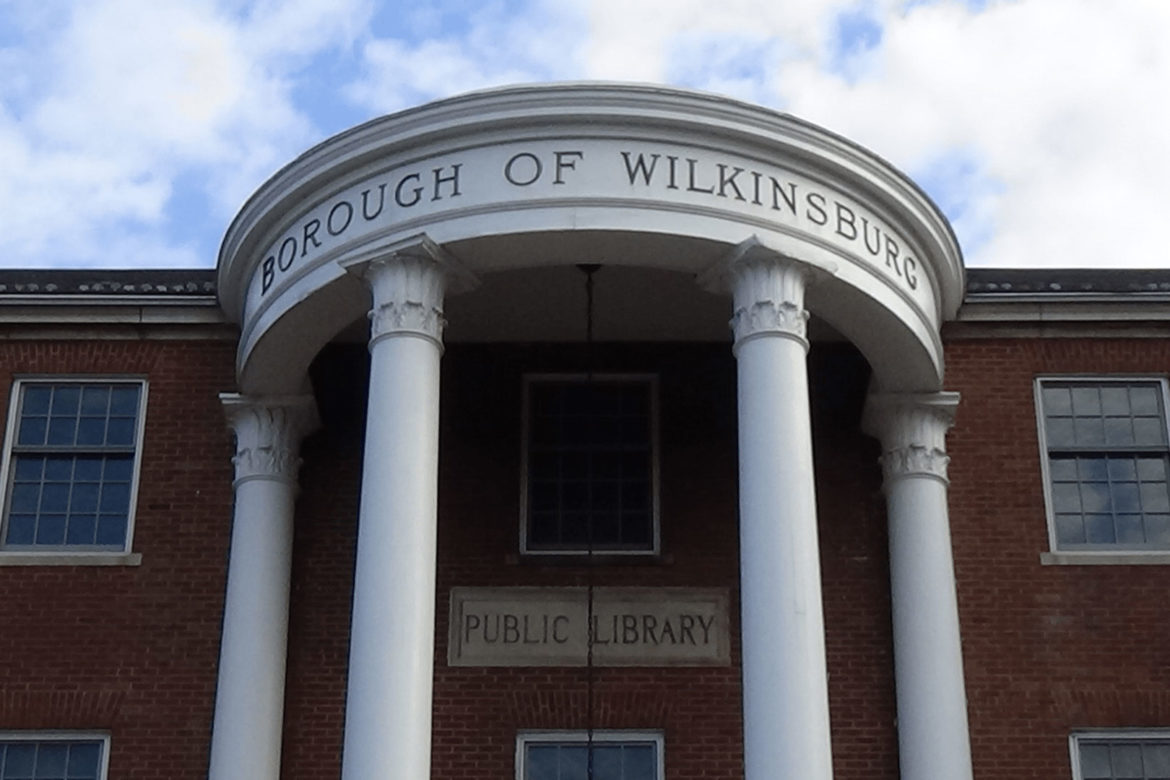 Update (7/12/2021): Wilkinsburg CDC Director Tracey Evans told PublicSource that her group will hold off on submitting a petition to the Court of Common Pleas, placing the merger process on hold. Evans said there are concerns there won't be enough time to complete all necessary steps to get a referendum on the November ballot. It's also unclear how much support the proposal enjoys in Pittsburgh government: City Council President Theresa Kail-Smith is against the idea; Mayor Bill Peduto and Democratic nominee for mayor Ed Gainey have each declined to publicly weigh in. It's unclear when or if the petition will move forward.

Wilkinsburg voters may soon be faced with an existential question about the future of their community: whether or not to become part of the city of Pittsburgh.

Residents of the borough of around 15,000 are mounting a signature drive that, if successful and approved by Pittsburgh City Council, could trigger a ballot referendum in the November general election. Wilkinsburg’s registered voters would then have the final say on the matter.

Annexation proponents, including Wilkinsburg Mayor Marita Garrett, say the move is vital to the community’s future and would relieve residents of unusually high property taxes. The borough council, though, has rebuked the mayor in recent months and voted in February to oppose a merger effort.

Here’s what you need to know about the situation:

Pittsburgh’s borders have hardly changed in the last century. Absorbing Wilkinsburg’s 2.25 square miles would be Pittsburgh’s most significant annexation since Allegheny City was annexed in 1907. But the border between Pittsburgh and Wilkinsburg has been partially blurred in recent years through shared services like the fire department and a school partnership, and economic conditions could push the community into taking this unusual step.

Garrett, who was elected mayor in 2017, said the borough should be proud of its economic progress in recent years. But, “the one thing that stops us from being able to take it to the next level is the taxes,” she said.

Property taxes in Wilkinsburg are more than double those of Pittsburgh. Wilkinsburg residents pay about $48 for every $1,000 assessed value on their property, while those in Pittsburgh pay about $23.

Tracey Evans, the director of the Wilkinsburg Community Development Corporation and one of the leaders of the merger effort, said the property taxes are so high because Wilkinsburg pays more per capita for services like public safety because it’s providing robust services to a small number of people.

She said Wilkinsburg is an urban area “operating on a suburban-style budget.” She said the CDC did a 10-year analysis and found that taxes would eventually need to be raised even more to properly fund the borough and school district.

Some opponents fear that gentrification would follow an annexation. Garrett acknowledged the concern of gentrification but pointed out that the borough is losing population as is and does not have a housing shortage, framing the high property taxes as an equally dire problem.

George Dougherty, an assistant professor of public administration at the University of Pittsburgh, said local property tax rates are not the driver of gentrification. He said rehabilitation costs are far more important to would-be developers, and because those are generally high in Wilkinsburg, rampant gentrification is unlikely, at least in the near term.

It’s unclear exactly what percentage of the population supports a merger, but it’s clear that the effort will face opposition.

The nine-member borough council voted, 6-3, in February to condemn the merger effort, ordering the CDC to “involve the Wilkinsburg Council, or cease and desist.”

The Feb. 3 resolution stated, “Residents of Wilkinsburg have successfully governed ourselves through our duly elected officials with a proven record of community, sensitivity, and democracy.

“Now, therefore, be it resolved … we will remain an independent borough and reject every effort to merge with the city of Pittsburgh.”

The state annexation law guiding the petitioners gives the borough council no power over the process. Only one borough council member responded to requests for comment. Councilman Andre Scott, a homeowner and 20-year Wilkinsburg resident, said he’s heard mostly opposition from residents and has yet to be shown the benefits of a potential merger.

“I voted against it because there was never any conversation with the council,” Scott said. “As a resident, I would say no to the merger because I haven’t been given the benefits of it. As a councilperson, I will leave it open to whatever the constituents decide.”

When asked why council voted so forcefully to rebuke the merger effort, Garrett said: “Change is scary, and with this, they wouldn’t be council people.”

Garrett is not running for reelection this fall. 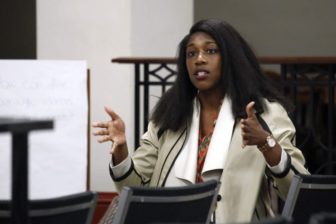 Longtime Wilkinsburg resident Dorine Lowery-Coleman, a 34-year-old mother of two, opposes the merger chiefly because of education. She has a kindergartener and a third-grader, and while Wilkinsburg middle and high school students attend city schools, she doesn't want her kids in Pittsburgh Public Schools [PPS] before then.

She said she was impressed by the Wilkinsburg schools’ response to the pandemic, noting that they received learning packets within two weeks of the March 2020 shutdown and received iPads within a month. She contrasted this with Pittsburgh Public’s much slower response and said she doesn’t “have confidence in the attention they give to each student.”

She said another reason for her opposition is the fear of gentrification. She’s seen what’s happened in parts of Pittsburgh like nearby East Liberty, and she doesn’t want developers to come into dilapidated parts of Wilkinsburg and “build apartments that people can’t afford.”

“Wilkinsburg has a hometown feel,” Lowery-Coleman said. “People walk around and they know their neighbors. Now I’m not saying we shouldn’t welcome new people. But we should not welcome them that way.”

Wilkinsburg began sending middle and high school students to PPS’ Westinghouse Academy in 2016, and both sides agreed to extend the agreement six years on June 23. Garrett said this partnership saved Wilkinsburg enough money to allow for a modest tax decrease two years ago.

The Pittsburgh Bureau of Fire has covered Wilkinsburg since 2011 under a similar agreement that Evans said saved $850,000 in the first year.

Evans pointed to the partnerships as further evidence that a merger would improve services and costs across the board.

What’s in it for Pittsburgh?

Pittsburgh City Council would have to sign off before any referendum can appear on the ballot.

Most council members did not immediately respond to requests for comment, but two said they still need to learn more about the consequences of a potential annexation before taking a position. Council President Theresa Kail-Smith said she’s opposed to annexation. She met with Wilkinsburg CDC representatives Thursday and said the meeting moved her from “hell no to no.”

Kail-Smith’s district is south of the Ohio River, southwest of Downtown and across the city from Wilkinsburg, and she said she opposes annexation because existing city neighborhoods, particularly in her district, need greater funding and support from the city as it is.

“We fight to get crumbs in my district, and now [the city is] going to have 15,000 more people?” Kail-Smith said. “A lot of people in the city need helping. We’re not getting to everyone we need to get to now.”

She said she softened her opposition slightly after the recent meeting because there could be financial benefits for the city, though she has yet to see specific figures.

Were the merger to take place, Pittsburgh would collect property and payroll taxes from Wilkinsburg residents and, in turn, would provide and pay for the full set of services that it provides to the city’s existing neighborhoods.

Evans said the borough has improved its finances enough in recent years that a merger could be a “break-even proposition” for Pittsburgh financially.

“It's much more attractive to have this conversation when things are in good shape,” Evans said. “We know Wilkinsburg has a lot of assets, we know the real estate potential, we know that it would not be a big burden and it might not be any burden off some of our numbers.”

Evans said the CDC team plans to meet with Pittsburgh City Councilors as the process moves forward. Garrett said she’s had early conversations with city officials and received “positive feedback,” declining to be any more specific. 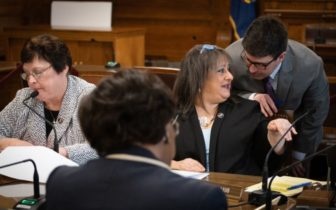 Mayor Bill Peduto declined to comment through a spokesperson. A spokesperson for Ed Gainey, the Democratic nominee and likely next mayor, said Gainey will engage with Pittsburgh council members before taking a position. If the effort does go to a referendum, Gainey would not attempt to sway Wilkinsburg voters one way or another, the spokesperson said.

Wilkinsburg’s population is about 5% the size of Pittsburgh currently. Annexation would make the city more diverse — Wilkinsburg is 55% Black while Pittsburgh is 66% white, according to 2019 U.S. Census estimates.

The petitioners are proceeding under a Pennsylvania annexation law that dates to 1903. Clifford Levine, an attorney at Dentons Cohen & Grigsby who is representing the Wilkinsburg CDC, said they have reviewed the law informally with Allegheny County officials and are confident that it applies to this situation — though he’s unaware of any example of its use in the past.

The first step in the process is the collection of signatures. The petition must include signatures equal to at least 5% of Wilkinsburg registered voters, which is about 640. Evans said she thinks they have already collected enough, but collection will continue through June.

Evans said they plan to submit the petition to the Court of Common Pleas at the end of June. The court must deem it valid and transmit it to Pittsburgh City Council for consideration. In the meantime, Evans said, the CDC will facilitate a public information campaign and hold a number of community discussions ahead of any vote.

If City Council approves it by a majority vote, a referendum will be scheduled. Pennsylvania law stipulates that if the petition is approved between three months and 30 days ahead of a general election, the referendum will be added to the ballot.

If the electorate votes for the merger, Wilkinsburg would become a part of Pittsburgh on Jan. 3, 2022.