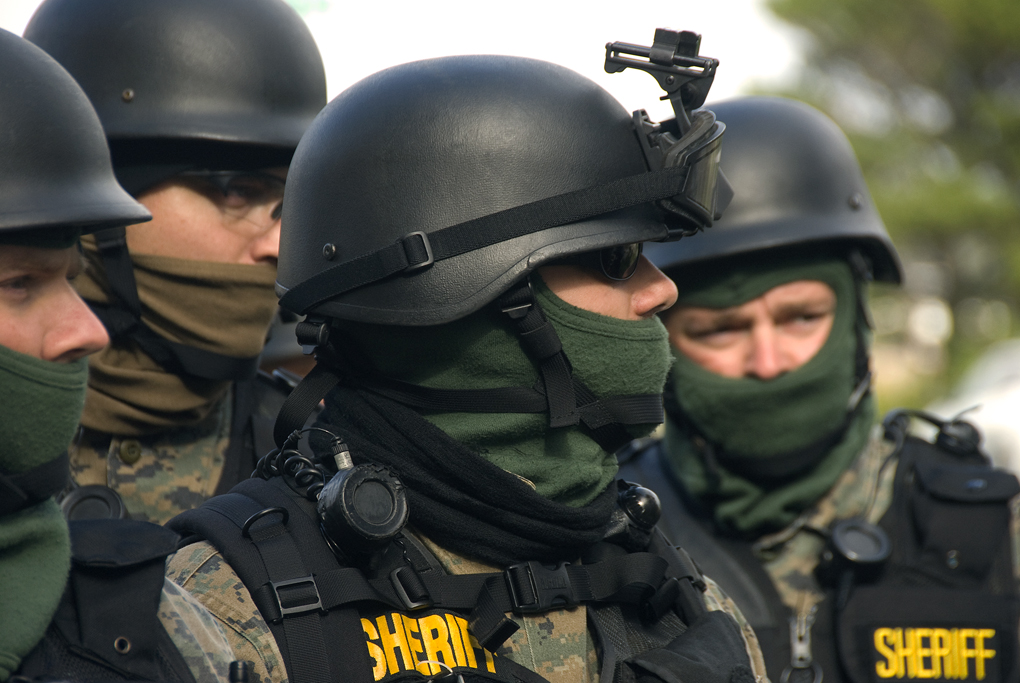 In Pennsylvania, departments have received at least $11.5 million in free military gear under a surplus program created in 1990.

Media first looked at some of the equipment back in August, after images of heavily armed (and armored) police in photos from Ferguson, Mo., stoked concern that police were acting too much like military units.

Many Pennsylvania law-enforcement agencies have the same types of equipment, though information was previously only available on the county level for the $5 billion in military surplus given out nationwide.

But last month, the Pentagon decided to release raw data on all the equipment it tracks (not necessarily everything it has given out), and we now know which departments have which weaponry, vehicles and other equipment.

To simplify the search through more than 20 years of equipment gifts, The Marshall Project created an app that breaks down the list by state and by department. Select Pennsylvania to see the worth and type of equipment for every participating department.

The winner there, in terms of the value of the equipment, is the Ohio Township Police Department in Allegheny County, according to the data. The Pentagon handed them just over $1 million in equipment.

Their big-ticket item is a mine resistant vehicle, valued at $733,000.

At the federal level, $1.9 million worth of equipment went to the Department of Homeland Security’s Immigrations and Customs Enforcement National Armory Ops in Pennsylvania. Nationwide, various departments of the federal government are the program’s biggest recipients.

They all have one item in common (hint: it’s a mine-resistant vehicle). Search through the data to learn more and see what the military has given your local departments. All the equipment is free, with the exception of transportation costs.

It’s important to note that this data does not show all the military-style weaponry, vehicles and armor a police department has because it didn’t all come from the surplus inventory.

The data only deals with surplus equipment obtained through what’s known as the 1033 program. Departments frequently purchase new equipment using grants from the U.S. Department of Justice and the Department of Homeland Security.

Also, some of the equipment is considered non-tactical and isn’t particularly martial in nature – except for the fact that the military had it first. For instance, the $250 guitar given to the Chester Police Department is decidedly less intimidating than their armored vehicle.

Congress originally created the surplus program in 1990 to give police surplus weapons and equipment for drug enforcement. In 1997, Congress authorized law enforcement to request equipment for other law-enforcement purposes. After Sept. 11, 2001, much of the focus shifted to anti-terrorism.

Now departments across the country, sometimes in far-flung rural jurisdictions, are outfitted like troops on battlefields abroad. After scrutiny and numerous requests to disclose which departments had war gear, the Pentagon decided to make that less of a secret.