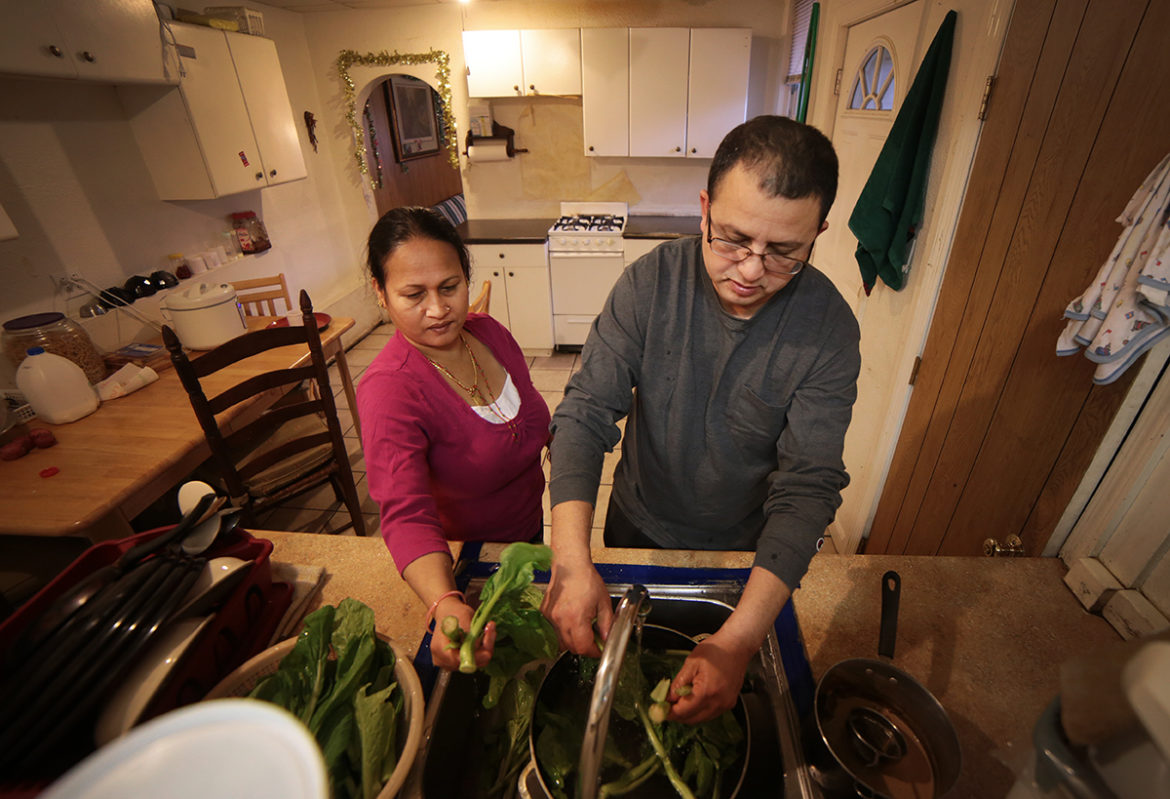 Immigration has become so politicized that the bickering of lawmakers often dominates the news, and the day-to-day life of an immigrant comes only in the form of clichés for the general public.

Six news organizations across the country, including our partner 90.5 WESA in Pittsburgh, have come together to change that.

The group has launched a series addressing how immigration status can affect health.

The collaboration — entitled Living in the Shadows — is being led by ReportingonHealth.org, an online community that connects journalists who report on health-care issues.

Erika Beras, a behavioral health reporter at WESA, launched her month-long series on refugees in the Pittsburgh area last week with a story of a woman whose struggles and eventual death highlight the lack of mental-health services for that population.

And she explains why that is an imminent problem.

Over the next five years, 50,000 Congolese will be resettled in the United States by the U.S. State Department. According to area resettlement agencies, roughly 2,000 of them will be moving to Pittsburgh.

Many of them will come without any English language skills and with trauma, depression and other scars of war. They’ll be in need of mental-health services — services that many providers and the Pittsburgh Congolese community fear aren’t going to be there.

Beras continued the WESA series today with a story featuring a Nepalese man who was diagnosed with Type 2 diabetes. The prevalence of diabetes and other obesity-related problems are growing among immigrant populations because of the drastic changes in lifestyle and diet.

According to a study published in the journal Human Biology, an immigrant’s risk of obesity and hypertension — indicators of diabetes — grow with every year they are here.

The other news organizations involved in the collaboration are: Mundo Hispánico in Atlanta, New America Media in California and New York, Radio Bilingüe in Fresno, Univision Los Angeles and Univision Arizona.

Last Thursday, Mundo Hispánico wrote about a family reeling from the anticipated deportation of their patriarch, who was nabbed driving without a license. Their account helps to explore how deportation affects the mental health of those who are left behind.

"The experience of the deportation of a loved one commonly results in clinical depression,” explained Rocío Woody, founder of The Road to Recovery, a clinic that has offered psychological services to many immigrants since 1995. ...

According to Woody, people who face this experience suffer feelings of hopelessness, powerlessness, rage, frustration, and the loss of freedom and their right to choose.

The stories, which will also be presented in Spanish, are being aggregated here: http://www.reportingonhealth.org/immigrant-health.