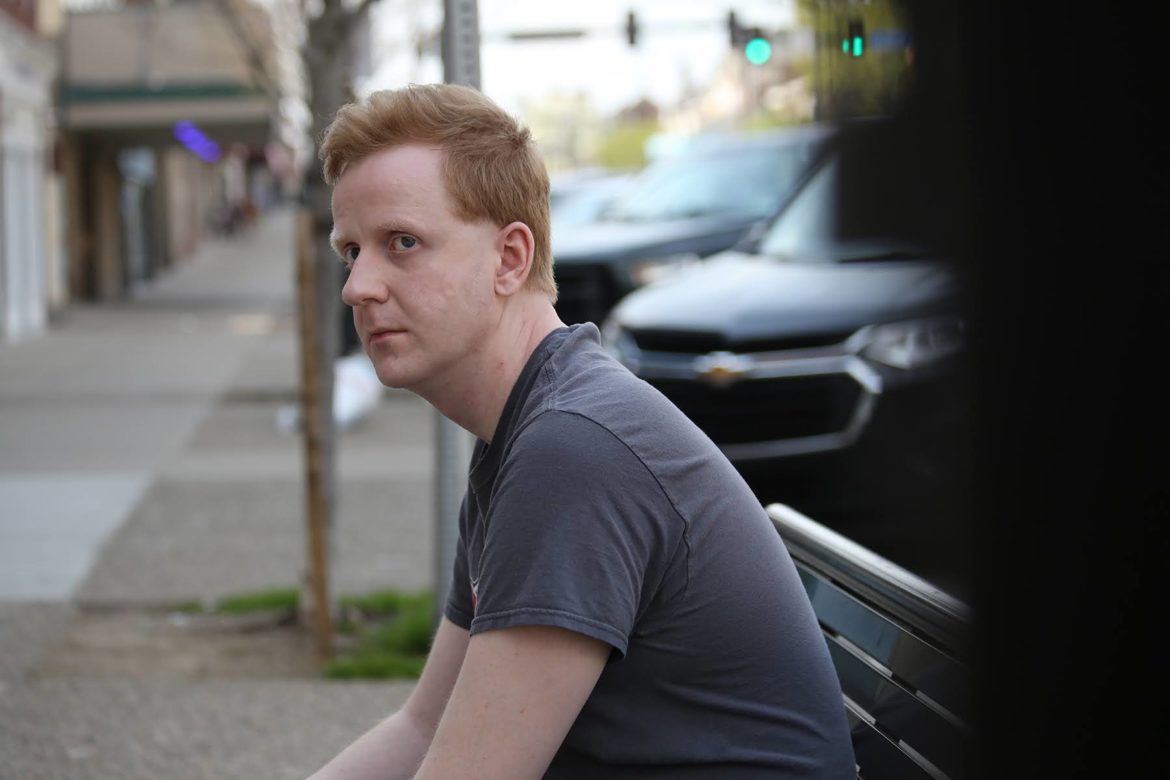 John Cotter, shown here in Brookline, is a freelance writer and cancer survivor. In this first-person essay, he writes about the lessons he learned from his experience with terminal illness and how they might help those dealing with the trauma of the COVID-19 pandemic. (Photo by Ryan Loew/PublicSource)

I fall into this thought experiment from time to time where I imagine what it would be like if I jumped ahead in my life by exactly a year to the date. I performed this thought experiment at the end of April 2019. I was about to exit one phase of my life and enter into an indefinite period of unemployment. However, I had some plans in store, ranging from grad school to teaching overseas. So I assumed that I could find myself in an interesting situation if I had jumped ahead in time.

In reality, by the end of April 2020, the country was about two months into a global pandemic, and it seemed like half the world had burned to the ground. The circumstances around the world were certainly… unexpected, but it may have taken some time for everything to sink in, given how little my personal life had changed. Jump ahead once again to 2021, and I feel much the same way.

It is easy to lose hope when it seems as though little to nothing has changed over a long period of time. As a cancer survivor, I spent a lot of my life feeling that way, and at times I still fall into that trap. When that happens, I must force myself to reflect on how far I have come and to recognize the merit in surviving what I have. I know a lot of people right now are feeling the same way I have, but I hope that my experiences show that there is a way out, no matter how long someone has been trying to find it.

It has been over a year since the beginning of the pandemic, and it’s probably safe to say that most people did not end up where they hoped to be by this point. For some, their lifestyle was completely upended, while for others, like me, the problem is that little has changed, at least not for the better. Regardless, it seems natural for anyone to dream of a time when life is normal again.

The hard truth for many is that the end of the pandemic will just be the next step in overcoming the challenges it created.

Though for those who are not used to facing long-term adversity, it may come as a shock that the line between the good times and the bad are not as clear as one would hope.

I’m no stranger to getting caught up in thinking about any time but the present. I’ve written before about my experiences with childhood cancer. Cancer upended my childhood twice. I spent years, in and out of the hospital, imagining a time when I could be like a normal kid again, but it seemed like I kept falling from one bad situation into another. That is how I felt when I relapsed. Going through chemo a second time seemed unimaginable. For perspective, imagine finally getting a COVID vaccine, just to discover that another pandemic was making its way through the world.

I had already survived by the beginning of my freshman year of high school, for all intents and purposes. I still had a few months of chemotherapy ahead of me, but I was largely in the clear as far as my health was concerned. Though that did not mean my troubles were over.

My grades were abysmal due to all the school I missed because of my illness. Meanwhile, my social life, or lack thereof, was an even bigger mess. At best, I would pull a 180 and slowly walk away from any of my peers who tried to approach me, and at worst I would have full-blown panic attacks.

Even when I was able to engage in some form of conversation with other teens, I had trouble finding much to relate to. In terms of life experience, the worst thing that most of my peers had been through at that point in their lives was that their girlfriend or boyfriend of one month had broken up with them. They had not quite dealt with the existential dread of going to sleep without knowing whether they would wake up or not. I did not know how to bridge that gap. 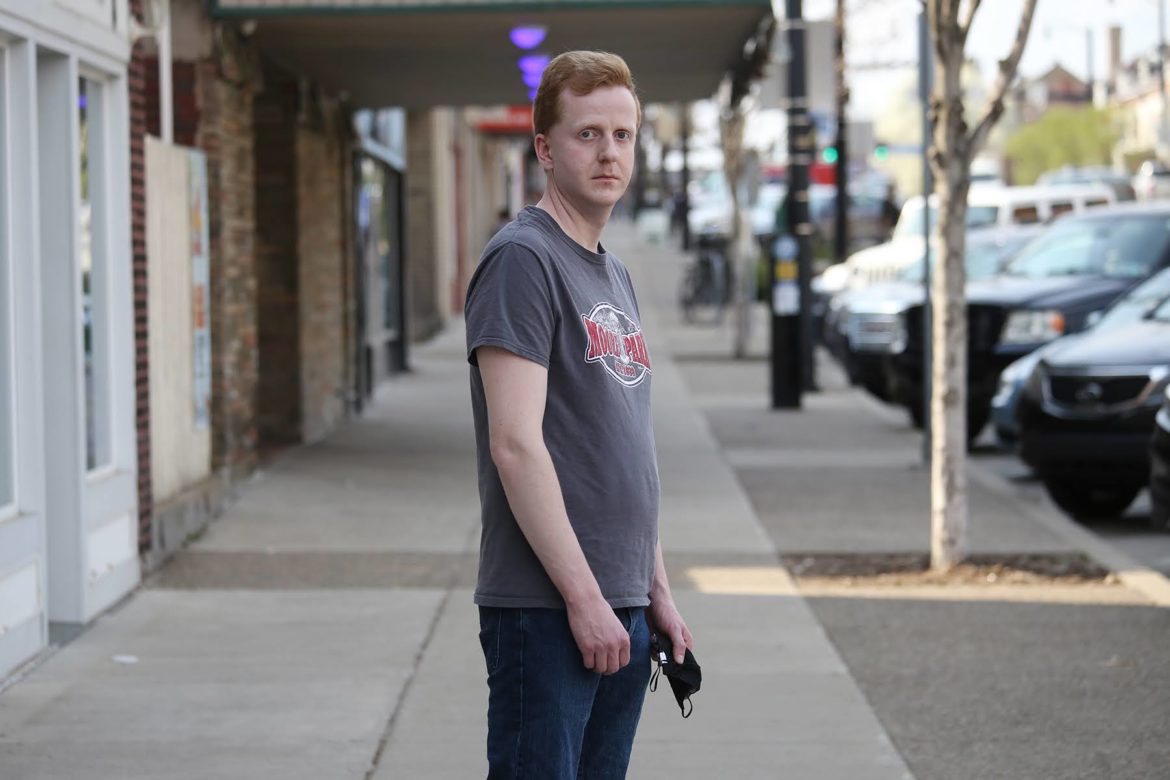 "Though for those who are not used to facing long-term adversity," writes John Cotter, "it may come as a shock that the line between the good times and the bad are not as clear as one would hope." (Photo by Ryan Loew/PublicSource)

People need goalposts in order to make it through life. That is why we care so much about things like the passing of another year. They provide context to our lives and serve as a measure of how far we have come, while also allowing us to experience life in smaller, more manageable doses.

Goalposts are especially important for those experiencing long-term adversity. As a child, I tried not to think about how long I would be on chemotherapy. Rather, I took things one hospital stay at a time. This is the reason so many people celebrated the end of 2020, despite knowing that the date did not really change anything. We collectively survived the worst year in modern history, despite the universe throwing everything but a stray meteorite or an alien invasion our way. That had to be worth something.

Eventually, it sunk in that 2021 was just the horrible sequel that nobody asked for. Everyone moved the next goalpost to the summer and the hope that enough people will be vaccinated by then that awkward conversations will be the scariest part of social gatherings.

The hard truth for many is that the end of the pandemic will just be the next step in overcoming the challenges it created.

Back during the beginning of my freshman year, frequent visits to my guidance counselor often resulted in lectures about speaking up or looking people in the eyes when they talked to me. I would lay awake at night while thinking about all of the things that had not gotten better yet, despite everything that I had already lived through.

However, things did not stay that way forever. I had some good teachers who were simultaneously understanding of my situation while also pushing me to improve. They helped me turn my grades around by the end of my freshman year, and I made the honor roll for every subsequent semester. And while it took a lot longer to turn my social life around, I did manage to luck into good groups of friends each year. Whether it was from the nice seniors who invited me to sit with them at lunch or the friend who insisted on spending time together, each person helped me realize how to function at the level of an ordinary awkward teenager. With their help, I slowly learned how to initiate conversations, and I was eventually able to open up to others about the things I had been through. By the end of high school, I finally felt like I was in a good place.

One of the major obstacles I met in building relationships was that I did not have anyone in my life who had shared anything like my experience with surviving cancer. In contrast, for better or worse, pretty much everyone has had to adapt to some form of adversity brought about by COVID-19, even if not to the same degree.

It may sound stupidly simple, but one of the things I appreciated the most whenever the subject of cancer came up was just to have someone show genuine interest and for them to ask specific questions about how my experiences made me feel.

Still, there are those who may not have anyone to connect with even when COVID is a thing of the past. I did not always have a reliable person around. Left alone, it can be easy to fall into a rut or to lose a sense of progression. Throughout my post-college years in particular, I found myself struggling — sorting out past traumas and searching for people to connect to.

I had to remind myself of the many subtle ways in which I had changed. Even if that reminder is of something seemingly simple, such as how I became comfortable with taking the bus or going out to meet people on my own. I had to intentionally challenge myself in little ways until the things that used to intimidate me became ordinary parts of my life that I enjoyed.

I try my best to follow the same advice I have given here and use my experiences to help others. One of my college friends babysat a girl who had cancer, and my friend was collecting get-well cards to give to her. I began to type out my letter before deciding to write it by hand. I told this girl, who I will probably never meet, that I was a cancer survivor. I told her that things would be tough (something she surely already knew) and that she may still face some challenges even once she gets better. But that was not a reason to be discouraged. Those challenges would get smaller, and someday she would be surrounded by family and friends, laughing and sharing what she had learned, glad that she had pushed through them all.

I would write much the same in my COVID get-well card to you.

John Cotter is a freelance writer who is currently trying to publish a book about his experiences surviving cancer. He can be reached at jcotterwriting@gmail.com