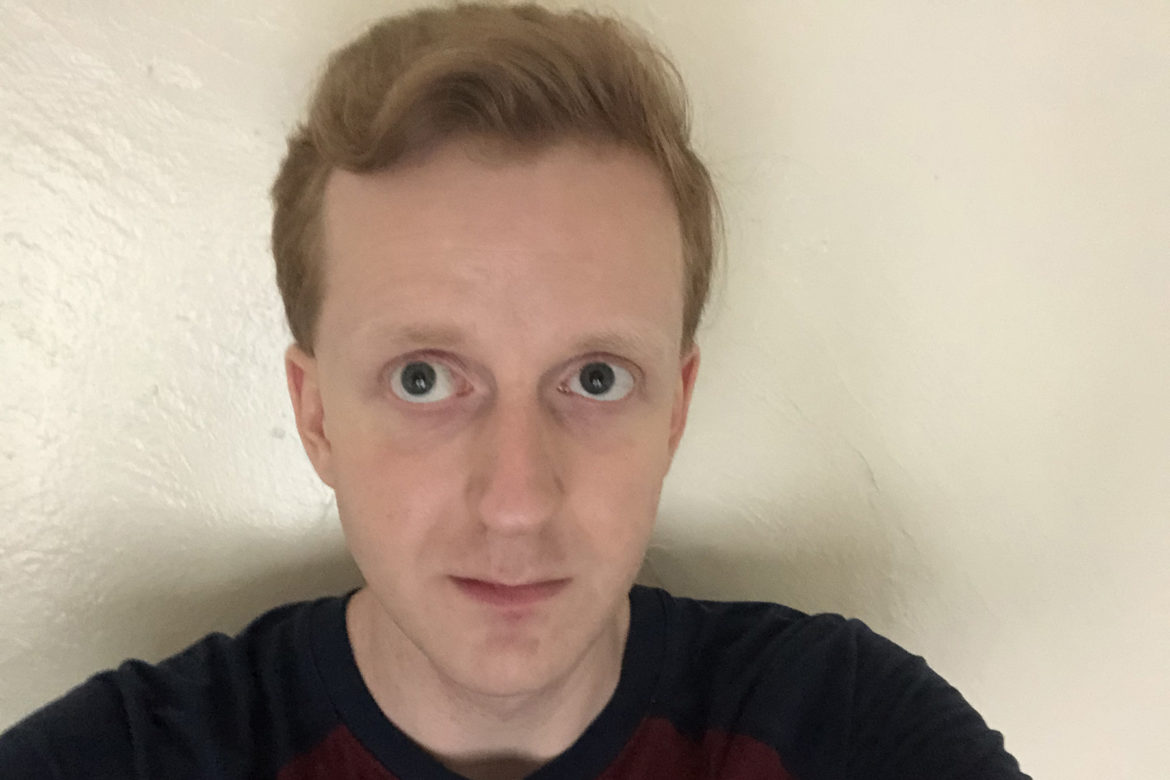 John Cotter spent most of his childhood living with an autoimmune disease. (Photo courtesy of John Cotter)

Growing up, back when people still wrote physical letters to each other, I had a Canadian pen pal named Marcus. We wrote back and forth for a year or two. We largely bonded over the types of things preoccupying the mind of any kid in the early 2000s; debating over which Pokémon was cooler and wishing that we could shoot energy beams out of our hands like in Dragon Ball. However, the thing that really connected us, and the reason why a 7-year-old kid from Pittsburgh and a kid of the same age from Toronto even knew each other to begin with, was that we were both dying of terminal cancer. Our parents met online, and they thought it would be a good idea for both of us to have someone whom we could relate to during our struggles with chemotherapy.

I had cancer twice while growing up. The first time was when I was 7 years old and I was diagnosed with acute lymphoblastic leukemia, which I was then treated for until I turned 9. Afterwards, I lived a few years of relative normalcy, even though I still suffered from severe migraines, what were then believed to be side effects from the chemo but then, when I turned 12, I was diagnosed with central nervous system cancer and spent the next three years in treatment.

Essentially, I spent most of my childhood living with an autoimmune disease, and much of the health precautions and advice coming out now in the wake of the pandemic known as COVID-19 were the norm for me as a kid. Sanitization was key. My family and I had to wipe down anything that I or anyone else touched, be it toys or door knobs, on a regular basis. Additionally, my hands were normally chapped from how much I washed them. I often had to stay home whenever my friends or siblings went out to a restaurant or any other place that may have been crowded. Even if my immune system was not in a completely terrible state and I was allowed to go out, I usually had to wear a mask. Being a bald kid with a face mask certainly turned heads and earned me unwanted gazes.

My family and I had to wipe down anything that I or anyone else touched, be it toys or door knobs, on a regular basis.

I was about 9 years old when my mom told me, in stammered words, that Marcus had died. You see Marcus and I never had a childhood where we could go to bed without worrying if we would wake up in the morning. But even though death seemed familiar to me from a young age, at the time, I still believed that if death were to come then, it would be more purposeful, that my life held enough weight to not go out with a whimper. People who struggle with cancer are often regarded by others as being brave or heroic. There was the expectation that if we were to go down then we would do so with a fight. Marcus did not die fighting cancer, at least not directly. He died feverish and barely cognizant after contracting chickenpox.

That probably sounds strange to most people. After all, for an ordinary person chickenpox is mostly a nuisance. You may remember the terrible itching, but that is the worst of it. However, for a person with an autoimmune disease such as cancer, chickenpox is a killer. I myself struggled with it on several occasions. My weakened immune system was unable to build up a resistance, and it landed me in the hospital every time. I was luckier than Marcus.

Still, I faced some close calls. And it was not just chickenpox. What may be a normal, non-life-threatening illness to most people could be deadly to anyone with a compromised immune system. It is especially important to confront this reality as the world faces COVID-19. Despite pleas from the Centers for Disease Control and Prevention and other authorities urging everyone to practice social distancing by avoiding public gatherings, many people refuse to even do the bare minimum to keep others safe.

What may be a normal, non-life-threatening illness to most people could be deadly to anyone with a compromised immune system.

When Mayor Bill Peduto canceled the St. Patrick’s Day parade out of concern for the virus, he said some people sent him hate mail; there were those who held their own parties or gatherings in protest. Meanwhile, across the country some still posted videos online, which featured gatherings of up to hundreds of people who were tightly packed together indoors. This was not just a sign of disregard for basic health and containment practices,  these gatherings were talked about as a badge of pride for not following the rules.

Perhaps these individuals were ignorant of the potential repercussions of their actions, or maybe they simply did not care about the well-being of others. Regardless, the results are the same. Those ignoring the guidance seemed all too easy to write off the severity of the situation at hand with talking points from certain conservative news pundits or random people on social media with access to questionable statistics or graphs. They’ve downplayed the impact of COVID-19 as being no more serious than that of the seasonal flu. Sure, most ordinary people may ultimately recover just fine if they contract the virus. But people like Marcus and me will not stand a chance.

This type of disregard for public health and well-being is not exactly new. After all, I have spent many years getting frustrated at anti-vaxxer parents, both for endangering the health of their children as well as others who rely on herd immunity to survive. However, the risk to public health has not been on a scale this large for a very long time.

I was forced to miss about half of my grade school years because of my health; relying instead on a part time home tutor to educate me during my absence. Even when I was well enough during chemotherapy to go back to school on a somewhat regular basis, I was still forced to skip whenever an infection was going around or someone had chickenpox. This, of course, had a massive impact on my performance. My grades during my first semester of high school were abysmal because I had missed half of seventh grade, all of eighth grade, and I was still on chemotherapy for the first half of my freshman year.

Even with all of these precautions, I was not always safe. There were many occasions when I was forced into the hospital, sometimes for weeks at a time. At times, I got fevers so high that they put me into short-term comas, and there were several occasions my family had to plan their goodbyes when they came to visit me at my worst in the ICU. Most of the time, these situations occurred due to me catching some illness that, at worst, would have caused an otherwise healthy individual to call in sick for a day or two. And these were not the times of a global pandemic.

I understand the desire to go out. I often struggle with depression, and at those moments, it helps to leave the house and surround myself with other people. Even if they are strangers at a mall or a restaurant, it feels good to be part of the world. But now is not the time for that.

Everyone must learn to self-isolate whenever possible, just like people with certain serious illnesses are forced to do even under normal circumstances. It is a matter of a few weeks or months for the majority of people, but it is life or death for the most vulnerable.

John Cotter is a freelance writer who is currently working on the final draft of a book about how surviving cancer impacted his social, emotional, and behavioral development, and he is currently seeking opportunities to help others cope with cancer, he can be reached at jcotterwriting@gmail.com.