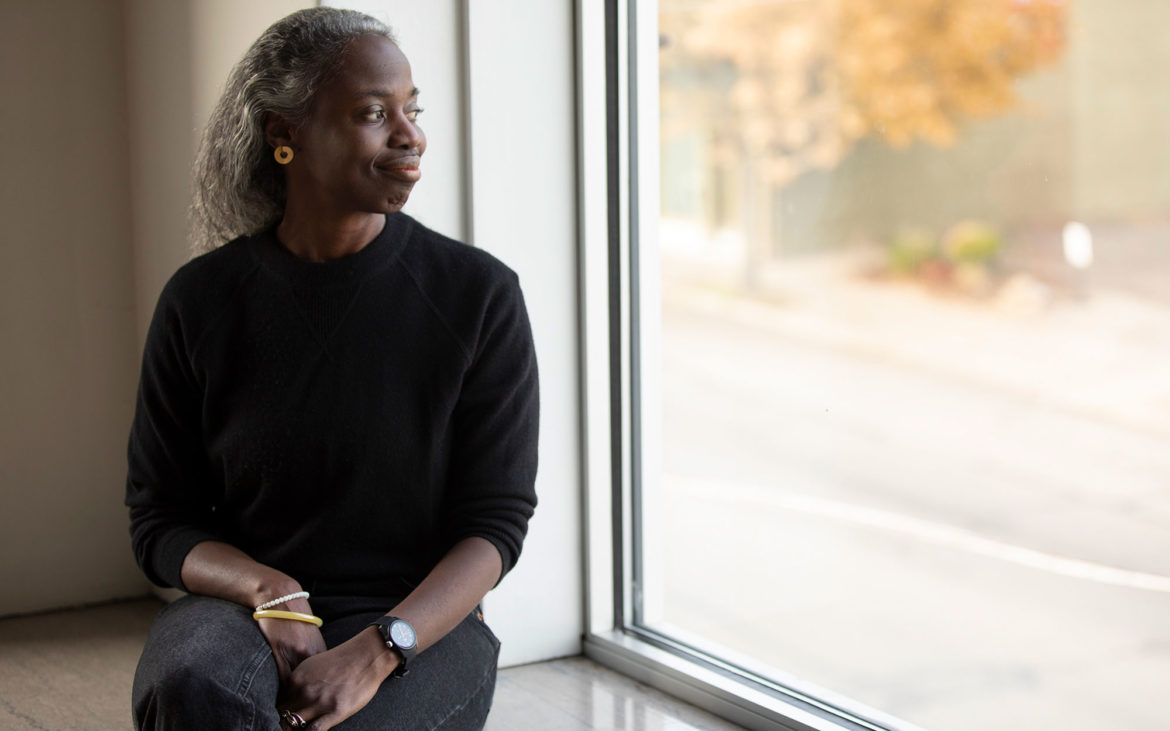 janera solomon has served as executive director of the Kelly Strayhorn Theater for 11 years. (Photo by Kat Procyk/PublicSource)

In 2008, at 33 years old, I became the executive director of the Kelly Strayhorn Theater in East Liberty. Although it had been nearly a decade after its doors opened for the first time, its future was uncertain.

The beautiful historic venue continued to struggle. I was excited by the opportunity, but in the first few weeks of my tenure as I learned more about the theater’s financial realities, I learned that although a handful of funders believed in the vision, there was no clear path forward. I had lots of arts producing experience, but this was going to be a big job and I had no idea how I would make it work.

The good news: Artists and community residents loved the theater and were committed.

I was not sure how we could create something dynamic. I am an arts person. What I love about artists is the ability to find solutions — that magical ability to find beauty or make beauty from whatever materials are available — and make things happen.

The Kelly Strayhorn Theater’s name is a combination of two artists’ names, Gene Kelly and Billy Strayhorn. It is a fabrication (the two artists never met) and is purely the radical imagination of the theater’s founders that these two very different artists (white/Black, straight/queer, dancer/musician, etc.) might share a name and space. Their creativity and resilience is in our DNA.

What I loved most about Kelly Strayhorn Theater [KST] then, as I do now, is the location at the heart of a racially, economically and culturally distinct set of East End neighborhoods. 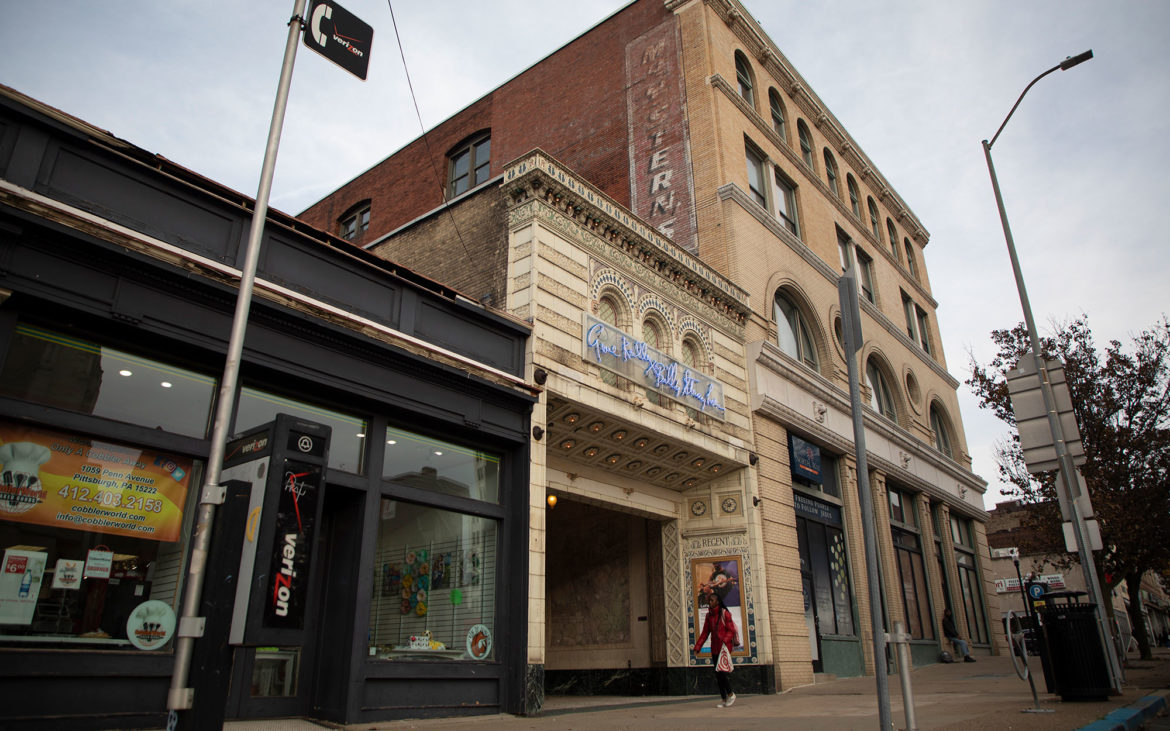 I love this area. I found East Liberty as a teenager in the 1990s. As a teenager and a 20-something, I remember the neighborhood of “urban” hip-hop inspired clothing and shoe stores, nightclubs and African and Caribbean businesses and restaurants. It was the place to be.

Later in the early 2000s, for me as a young teaching artist, places like East Liberty Presbyterian Church and the Kingsley Center were hubs of activity to connect to others doing similar work. Other spaces like Shadow/Ava Lounge, Abay Ethiopian Cuisine and the East Liberty Farmers Market became weekly and sometimes daily staples of life.

Back then, these spaces and the people on and around Penn Avenue reflected a diversity of economic, cultural and spiritual life that gave East Liberty flavor. KST sits at the heart of complex and rich history. And, to be of the neighborhood is to recognize and honor this history — messiness and all.

In 2008, KST and East Liberty were kind of synonymous. If you knew the theater, you knew East Liberty. I embraced it. But some well-meaning supporters encouraged me to distance the theater from the neighborhood, suggesting I remove words like “community” from our tagline — fearful perhaps that it may carry a negative connotation (bad neighborhood). Others were more blatant in urging a “focus on the ‘Kellys,’ not the ‘Strayhorns.’” They felt KST would be more successful by targeting our programming to the wealthy East End. I didn’t follow that advice.

What I loved most about Kelly Strayhorn Theater then, as I do now, is the location at the heart of a racially, economically and culturally distinct set of East End neighborhoods.

Our first two seasons of curating and producing our own shows included Ursula Rucker, Bahamadia, Toshi Reagon, W. Ellington Felton, Rhyme Calisthenics (Mac Miller performed), Kyle Abraham, a contemporary dance festival, a Dan Jemmett Production of Faust and Sean Jones celebration of Billy Strayhorn (the first Suite Life). A whole host of artist-producers worked with us to create excellent theater, dance, music, spoken word and so much more. We made bold choices. And, it made sense to me because this is East Liberty.

We started to see some success: growing audiences, increasing donors and wider exposure. By 2014, as we became a more viable institution, some began measuring my success not only by the quality of programming or my commitment to artists, but also by operational measures of foundation reliance, ticket sales (“butts in seats”), managing people and expenses. With growth, the stakes changed. Failures had bigger consequences. And, as much as I wanted to deny it, my workday was not only about art and artists. It was slowly becoming more and more about managing stakeholders, all against the backdrop of neighborhood change.

Almost everyone said the changes were good for KST. But I had mixed feelings. There were fewer Black residents and the audience make-up started to change. We had to be much more directed in engaging and keeping the audience mix that reflected the neighborhood’s historic past and our namesakes. As East Liberty’s economy changed, so did its culture and I felt an incredible pressure to change. These were difficult waters to navigate.

East Liberty has a faint resemblance to the one I found a little more than a decade ago. The revitalization narrative will have us believe there was nothing worth keeping from the “old East Liberty,” that somehow today’s occupants are better than their predecessors. I don’t want to romanticize the past as though all parts of the old neighborhood were perfect or even preferable. But the creative, inclusive energy of the “old neighborhood” was too good and too valuable to dismiss. Culture matters. 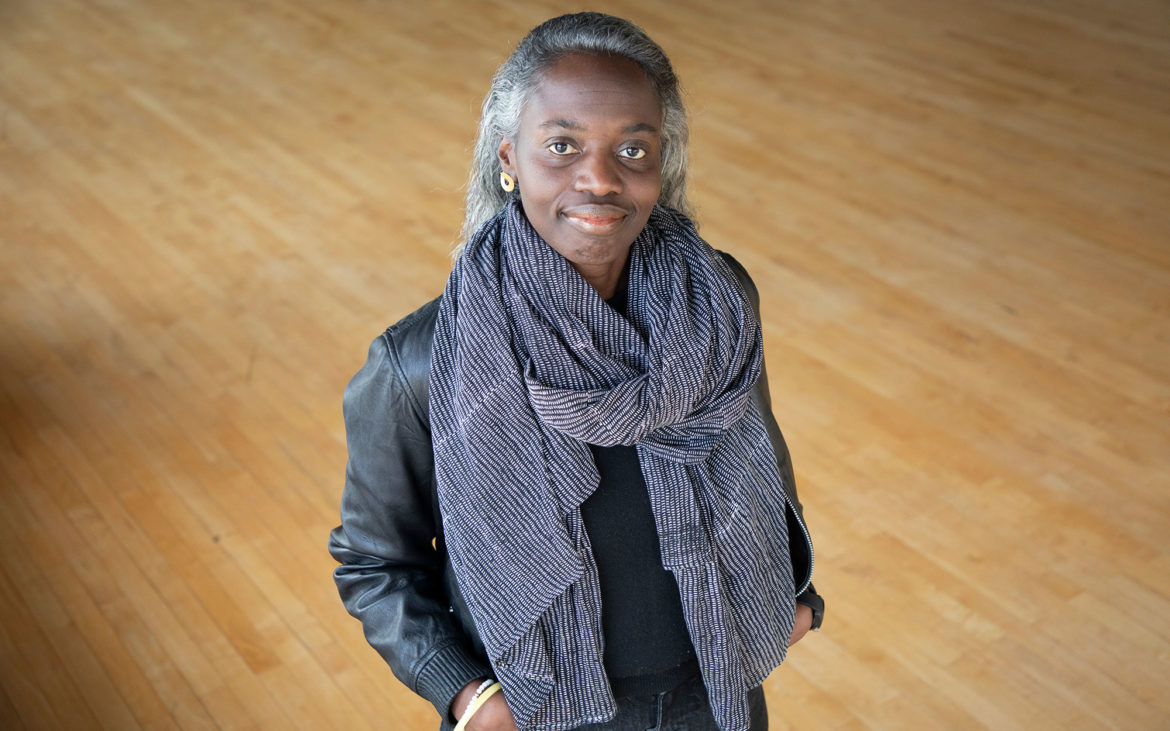 janera solomon said she believes that community art reminds us of our human potential and challenges us to be our best. She also added that it’s just fun. (Photo by Kat Procyk/PublicSource)

Against the odds, KST stands today and, undeniably, we are an anchor institution. As a patron said to me recently, we are “holding it down” for the culture. When we could have raised ticket prices and rental rates, or avoided community controversies, we doubled down on giving voice, access and inclusion. We launched Pay What Makes You Happy and Penn Avenue Creative — a neighborhood-centered residency program to respond to Penn Avenue’s changes. We spread our resources and expanded our mission beyond producing shows in our theaters. All the while, we produced robust seasons of programming, season after season with everything from international touring artists to neighborhood family dance parties.

Eleven years doesn’t happen without mistakes or regrets. As I leave my role as executive director, I am tempted to think of all that I failed to accomplish because I know there’s always more to do. (That’s the Capricorn, eldest daughter of an immigrant West Indian family in me.) But, when I stop to consider my tenure, I am proud of the work.

We have a unique mission to bridge communities through art. It would have been easy to present simple programming — stuff everyone gets. It could have been cute and digestible and perhaps even sold more tickets. The programming reflects the complicated needs of the diverse audiences we serve. You cannot easily put KST’s programming in a box — and that’s intentional.

I am proud of our community relationships. I don’t always agree with our neighbors and vice versa, but among many of us (business owners, developers, elected officials, church leaders, cultural partners), there’s mutual respect. That’s a neighborhood.

We built a new model for community arts institution building — one that is rooted in the difficult business of equity. We diversified our revenue base, engaged a diverse mix of individual donors and increased support from institutional funders, locally and nationally. And, while we operate two venues without an endowment, we continue to make strides toward financial sustainability. Yes, the work of making the finances work is constant (there is never a time when I’m not thinking about cash on hand), but today marks the longest continuously operating period of KST’s history.

Let’s keep giving artists and audiences space for new ideas, for exploration and for taking risks.

And, on a personal note, I am proud of the way I navigated this work as a mother. (I was writing a grant proposal when I went into labor!) Since my daughter was born, she has been a part of this journey, patiently encouraging and supporting her mommy: coming to meetings, listening quietly to phone calls, tolerating my travel and many, many nights out. So often our professional journeys exclude these personal stories, but I am a mother making a life and doing this work. Any assessment of my experience must include my work as a mother.

Art-making, at least to me, is about community-making. I love beautiful music, beautiful dance, theater, all sorts of creative expression. Art-making is always about connecting, always about people connecting to each other and finding a sense of self, purpose, understanding. And, in a theater, we are forced to do it all together.

As I look ahead to KST’s next chapter, I am optimistic. Pittsburgh’s cultural scene and the ecosystem for support is in so many ways better than it was a decade ago.

Naturally, things will change at KST after I leave. But what I hope never changes is a dual commitment to art and the community. Let’s keep giving artists and audiences space for new ideas, for exploration and for taking risks. And let’s stay rooted in our neighborhood mission and hold on to art that questions and dares to tell the truth. Ultimately, that’s what brings people together in a neighborhood, and that is community.

janera solomon is the executive director of the Kelly Strayhorn Theater in East Liberty. She will be leaving her position later in December. She can be reached at janera@kelly-strayhorn.org.