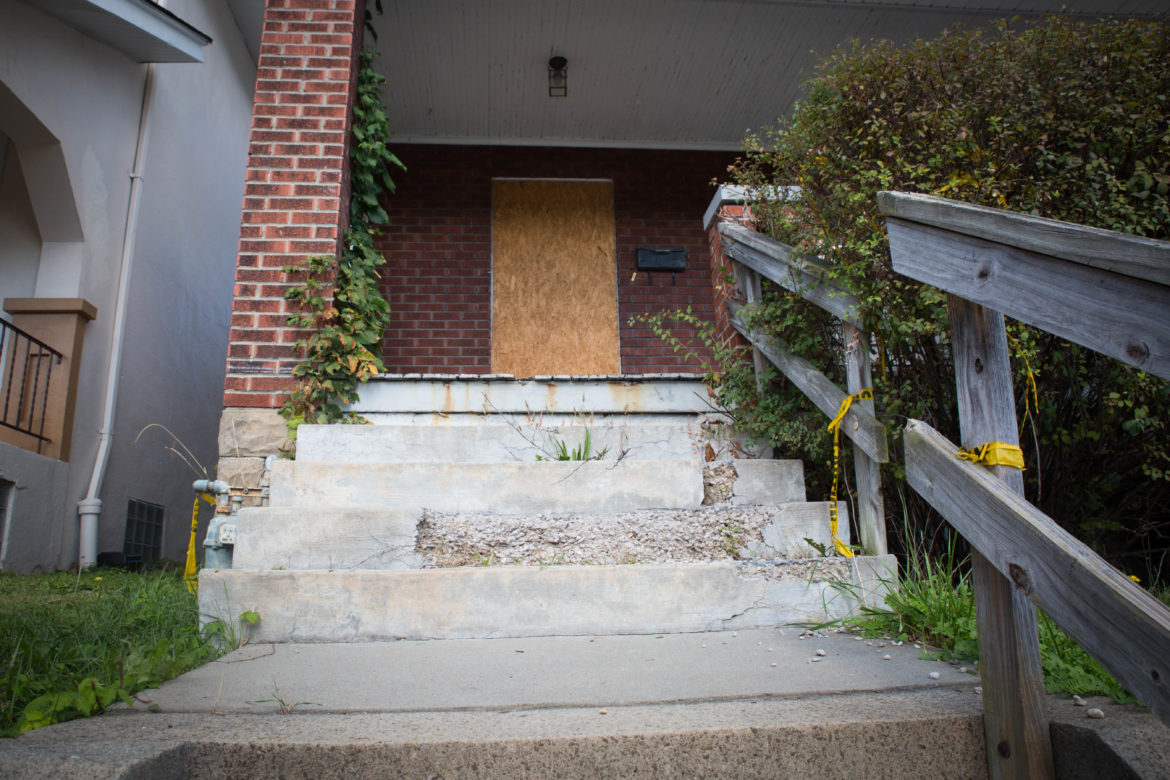 Sabrina Snyder, 9, was attacked by a Rottweiler at a neighbor’s home in the Brookline neighborhood of Pittsburgh in August 2014. (Photo by Njaimeh Njie/PublicSource)

Bruiser. Chomper. Goon. These pooches were destined for trouble.

Dogs that bite — including a few others with the foreboding names of Notorious, Diablo, Adolf and Rebel — are named in quarantine reports managed by the City of Pittsburgh and Allegheny County.

PublicSource obtained dog bite data for nearly four years from both jurisdictions. We found that repeat biters and their owners face little to no consequence, and what breeds are being quarantined for biting.

Read: Dog attacks are not a crime in Pittsburgh. Just ask Sabrina.

The data sets have a few problems. There are vast differences in the information kept, or kept consistently, by the city and county agencies, which makes it difficult to draw conclusions.

The city sent us the actual written reports. The breed of the dog is noted too infrequently, or the writing is too illegible, to extract any data about the commonality of breeds from those.

Allegheny County tracked breeds consistently. The most common option in that category was mixed breed, recorded in about 18 percent of cases.

Of the 3,607 dog bite reports taken by the county between 2013 and 2016, the pit bull made up about 14 percent of bites and the German Shepherd roughly 6 percent. Shih Tzus and chihuahuas also left a mark — each accounting for more than 1 to 2 percent of all bites.

How often these common breeds bit Source: Allegheny County quarantine reports, 2013 to late 2016. The figures are rounded to give a general representation of breeds involved. In some cases, dog breeds may have been misidentified by the person taking the report. (Graphic by Natasha Khan/PublicSource)

The rest were rarer breeds or no breed was recorded.

There are caveats to note before drawing any conclusions about the temperament of those breeds. All are common breeds in the United States, which does much to explain their prevalence in bite reports. Furthermore, breeds are reported by the owner or identified via sight by victims or animal control officers. Even professionals who work with dogs commonly misidentify breeds and are particularly erroneous with the pit bull label, which is not a breed recognized by the American Kennel Club but a set of characteristics common to mixes and mutts. A study published in The Veterinary Journal last year showed that animal shelter workers often put the “pit bull” label on dogs that lacked pit bull DNA.

Most of the quarantines the city ordered were of dogs. It did, once in the last four years, order the quarantine of a biting cat.

The city’s reports show that 52 percent of dogs quarantined had a rabies vaccine, 36 percent had not, and it was unknown for 11 percent. Also, it’s rare that a dog shows signs of abnormal behavior that may be indicative of rabies; it happened only six times since 2013.

We can’t definitively tell you if a certain neighborhood is having an ongoing problem with dog bites. Addresses in the city reports were blocked out, and some municipalities in Allegheny County handle their own quarantines.

But we do know a vast majority of incidents (78 percent) occurred on the dog owner’s property. Only in 2 percent of the incidents did the dog renege on its promise to be a loyal best friend and bite its owner.