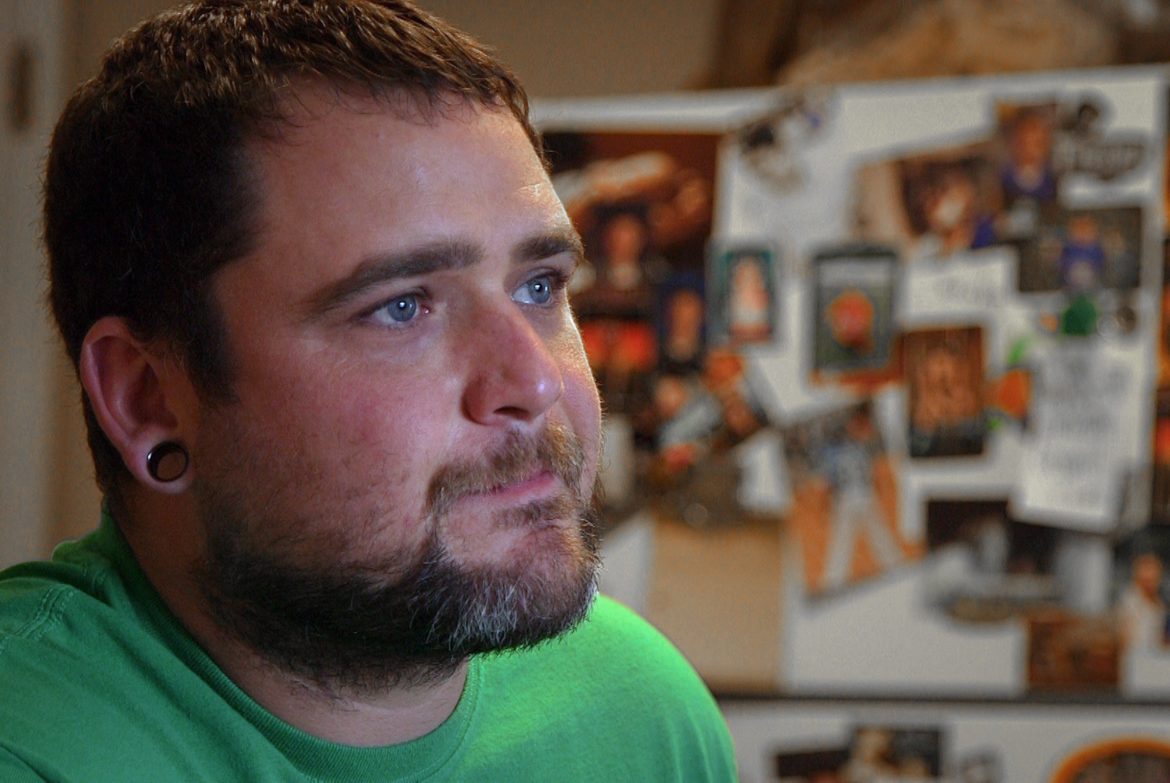 A few months after the Emerald Mine closed, around a hundred miners who lost their jobs met in a large, well-lit hall to hear about their job prospects. The mine belongs to Alpha Natural Resources, which is—like most other big coal companies—in the midst of bankruptcy. In November, the company announced that the 220 miners employed at the Waynesburg, Pa. mine would lose their jobs.

The crowd heard presentations by representatives from county agencies, technical schools and former miners who are now in fields like computer coding and private security. A former steelworker told the room that he had wondered if he was smart enough to go back to school after he got laid off from a mill. He now works in health care, as a nurse. “I can tell you one word I never hear at work is ‘layoff,'” he said. “And I can tell you that’s comforting.”

Listen to this Allegheny Front story:

Then up stepped Blair Zimmerman—a former miner who is now a commissioner in Greene County, where the Emerald Mine is located. “You don’t want to be bullsh***ed,” he told the miners. He gestured to a pin on his lapel. It was his ‘40-year pin’ from the UMWA—the United Mine Workers of America. “The reality is these 40-year pins are going to be hard to come by.”

Zimmerman said some would be lucky enough to get a job at the Cumberland Mine, another local mine owned by Alpha Natural Resources. “But a lot of you aren’t going to get back to the mines,” he said. “That’s just the way it’s going to happen.”

The meeting had been organized by a pair of Emerald miners—Bob Wilson and Dave Hathaway—who were trying to find work and figure out what was next for them. They called their organization C.O.A.L.—Career Opportunities After Layoffs.

They said their main goal was to get help finding jobs and extending unemployment benefits for the Emerald miners, who share a dilemma with many of the more than 30,000 miners around the country who have lost their jobs in the past five years. They live in rural areas, where blue-collar jobs can be hard to come by, especially those with the kind of salaries they made at a coal mine.

Dave Serock, a former Emerald miner who now works for a private industry group, said the challenge was large.

Alpha Natural Resources declared bankruptcy in August 2015. Just a few years before, the company had borrowed billions of dollars to buy Massey Energy. It turned out they bought that company at around the peak of the coal market in 2011. Since then, the coal sector as a whole has lost 94 percent of its value according to a Bloomberg analysis.

Alpha didn’t respond to interview requests for this story, but according to company filings, it lost around $1.5 billion dollars in 2015. In court documents, the company’s bankruptcy lawyers call it “the historic collapse of the domestic coal industry.”

Both Wilson said the mine’s closing didn’t come as a surprise. He could see it coming by the way they were told to mine coal. Instead of advancing through a coal seam, they were told to pull out belt, electrical and water lines from a section of coal they were mining in.

“Right then, when they started pulling pipe, you know the mine’s coming to an end,” Wilson says. “They’re not advancing their water lines or their belt structure. Then you know you’re done.” The end came a few weeks before Thanksgiving last year. They were called into a room at the beginning of their shift and told they’d be losing their jobs in January. At first, Hathaway said he was despondent. But then his friend Bob Wilson came to ask if he’d help him start the C.O.A.L. group.

Wilson got the idea from a man he knows from Alcoholics Anonymous. (Wilson is in recovery.) The man had been in the railroad industry and got laid off.

“He said they went through this with the railroad. They formed a committee like this for them to get them to extend unemployment benefits,” Wilson says. Hathaway and Wilson then went to the Greene County office of economic development and told the people there that they’d formed a committee called C.O.A.L.

“We loved it,” said Robbie Matesic, director of economic development for Greene County. “They came in because there was a myriad of resources out there they didn’t know how to pull all together, and we could help them with that.”

Matesic and others gave Wilson and Hathaway resources and contacts, and set up meetings with local officials. Within a month, they were able to pull together the job opportunities meeting. Hathaway says one of the first steps was coming to terms with just how big a challenge the group now faces.

“We were put down to size by one of the ladies that was helping us,” he says. “She was like, ‘You guys need to come back to reality. It’s time to live in the real world and make $40,000—where that’s good money.’”

“The hardest transition is you’re going from a job where you made six figures, and probably the highest you get in Fayette or Greene County is $20,000, $30,000 a year.”

A number of factors have dragged down the coal industry. Increased competition from natural gas (thanks to the fracking boom), decreased demand and stricter environmental regulations have all hurt the industry.

Coal’s collapse has even been gaining attention in the presidential race. Donald Trump says he is going to bring coal mining back, though even some of coal’s biggest backers say the industry is never going to regain its recent peak levels.

Hillary Clinton has a $30 billion plan for coal communities that includes retraining coal miners, though she caught flak in coal country when she said her national energy policy would put coal mines out of business. (She eventually walked back that statement, saying the trajectory of the U.S. energy system, not her own policies, were hurting coal.)

There is federal money for retraining coal miners through the federal government’s POWER PLUS Program. But that money has to pass through  agencies out to community colleges and non-profits that specialize in training. That can take months—maybe even a year—before miners get the help they need.

But Wilson says there are some measures that could help miners even more directly.

“If they’re going to use energy alternatives, why can’t they bring a solar panel plant here, or train us even to install them in the field?” Wilson says. “Coal miners are some of the most versatile people here on the planet. We’ve all run equipment, done welding, fabricating. We’ve built million-dollar belt drives from the ground up. We can do this stuff with a little bit of help.”

The two men applied to training programs for the local carpenters’ and electrical workers’ unions, driving an hour and a half to Pittsburgh several times to put in applications, conduct interviews, and take basic skills tests.

They’d heard about how some workers had their unemployment extended during the Recession, and thought the coal industry should get the same treatment. They asked their local elected officials to lobby the U.S. Department of Labor for an extension. But that request was denied.

“Where’s our bailout? It’s not a handout to get our houses re-built,” said Wilson. “We just need the help to get a good-paying job. We just need unemployment extended for two years, so these people can train for a good job. That’s all we’re asking for.”

For many of the Emerald miners, there’s no immediate or easy solution. Some have already had their unemployment insurance checks run out.

Hathaway and Wilson are now waiting to hear if they will be admitted into a union training program, which would pay them while they apprentice. In the meantime, they’re cutting grass to earn a little money. And Hathaway is waiting to hear if he’ll get recalled by Alpha to work at the company’s nearby Cumberland Mine. He’s number 25 on the waiting list.

He says he’s gotten frustrated sending out resume after resume and not getting a call back. “From prison to casino to gas field—not one phone call from any of them.”

He has a deadline of his own to meet. He and his wife Ashley are expecting a baby in September. They’re having a boy. When she told him she was pregnant, he had just gone on unemployment. “It would have been nice to have a $75,000 job to make things happen.”

He says if the mine calls him back, he’ll take it.