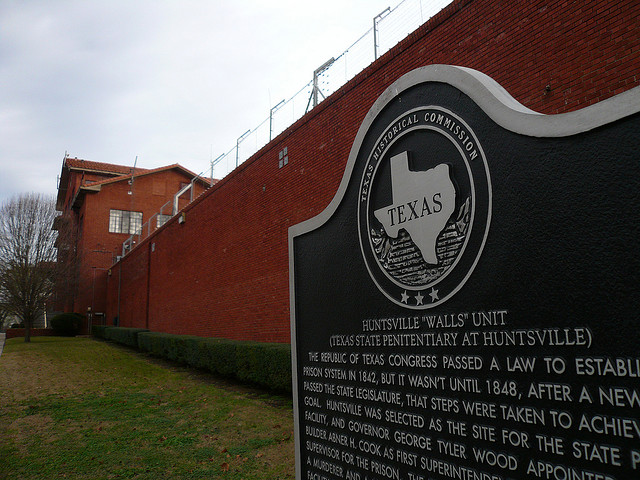 Texas isn’t shy about flexing its muscles when it comes to incarceration. But it’s also a national leader in prison reform.

So why is Texas, often noted for being tough on crime and quick to execute, on the forefront of U.S. prison reform?

Prisons are expensive. And keeping people out of them saves money.

[I]t was not just liberal peaceniks who led the charge in the state, but red-blooded conservatives who saw that their war on budgets required an adjustment to their war on crime. Given the success of the policies instituted, Texas and the right-leaning states that followed its lead have provided political cover for Republicans nationwide – particularly after the red wave of the 2014 midterms – to hop on board with measures that would cut down on prison populations across the country.

Or as Grover Norquist, the anti-tax advocate, put it: “Because it’s Texas and because, when they're not reforming criminal justice, they're executing people, nobody looks at Texas and goes, ‘They’re all weenies, why would you trust them?’”

Reform ideas had been kicking around since the early 2000s, the story said, but they began in earnest in 2007 when it became clear that the state’s swelling prison population would cost taxpayers more than $2 billion. So state lawmakers looked for alternatives.

The result was a much cheaper effort to treat drug offenders with rehab and other alternatives to incarceration. Sending fewer people to prison didn’t lead to more crime. In fact, the state’s crime rate dropped 18 percent over the next five years.

Others followed suit, including Southern states like Arkansas, Kentucky, Mississippi and North Carolina, as the story notes.

This month in California, voters approved sweeping reform that will keep many non-violent offenders out of prison, a direct result of the state’s overcrowded and costly system.

Meanwhile, here in Pennsylvania, the prison system is at 108.9 percent of capacity, according to the Department of Corrections. The state spends roughly $35,000 to house each of its more than 50,000 inmates for the year, and those sentenced to life terms aren’t given any possibility for parole.

One reason reform hasn’t come faster nationwide is political fear. Elected officials from both parties worry that they’ll lose their jobs if they’re seen as being soft on crime.

As the story puts it:

Reluctance is a relic of “tough on crime” rhetoric that dominated the 1980s and 1990s, during which politicians stiffened punishments for offenders through mandatory sentencing and policies such as three-strikes laws, giving judges less discretion in how they handled individual cases. Originally a tactic used by Republicans to paint their liberal opponents as weak, the "tough on crime" mantra was embraced by Democrats as well. In 1994, President Bill Clinton signed a sprawling crime bill that pushed for tougher sentences and provided for more money to expand the prison system.

That’s one reason Texas’ embrace of reform is notable. It shows that states with a reputation for toughness are willing to rethink incarceration and that doing so hasn’t led to increased mayhem.