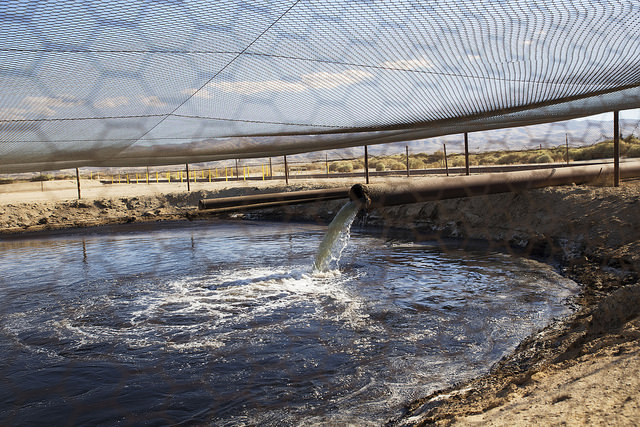 That’s the amount of wastewater spilled from 2009 to 2014 from leading oil- and gas-producing states, according to a new Associated Press data analysis.

The 21,651 spills analyzed from 11 other states included burst pipes, storage tanks that overflowed and illegal dumping. The numbers are likely incomplete because many spills go unreported.

Wastewater spills can be more damaging than oil spills, which often grab national headlines. And in seven of the 11 states the news outlet looked at the amount of wastewater spilled was double that of oil.

Spilled oil, however unsightly, over time is absorbed by minerals in the soil or degraded by microbes. Not so with the wastewater, also known as brine, produced water or saltwater. Unless thoroughly cleansed, a costly and time-consuming process, salt-saturated land dries up. Trees die. Crops cannot take root.

In addition to the extreme salinity, the fluids often contain heavy metals such as arsenic and mercury, plus radioactivity. Even smaller discharges affecting an acre or two gradually add up for landowners — "death by a thousand bee stings," said Don Shriber of Farmington, New Mexico, a cattleman who wrangled with an oil company over damage.

Texas, the leading oil- and gas-producing state in the nation, had the most spills at 4,783 and the most amount spilled, 62 million gallons.

How these spills have affected land and water overall is unknown because state and federal regulators “make no such assessments,” according to the article.

Pennsylvania has seen its fair share of spills and leaks from the gas industry throughout the fracking boom.

Last year, Range Resources, one of the major gas drillers in the state, was levied a hefty $4.15 million fine by state environmental regulators for leaks and various issues with impoundments they used over the years to store wastewater.