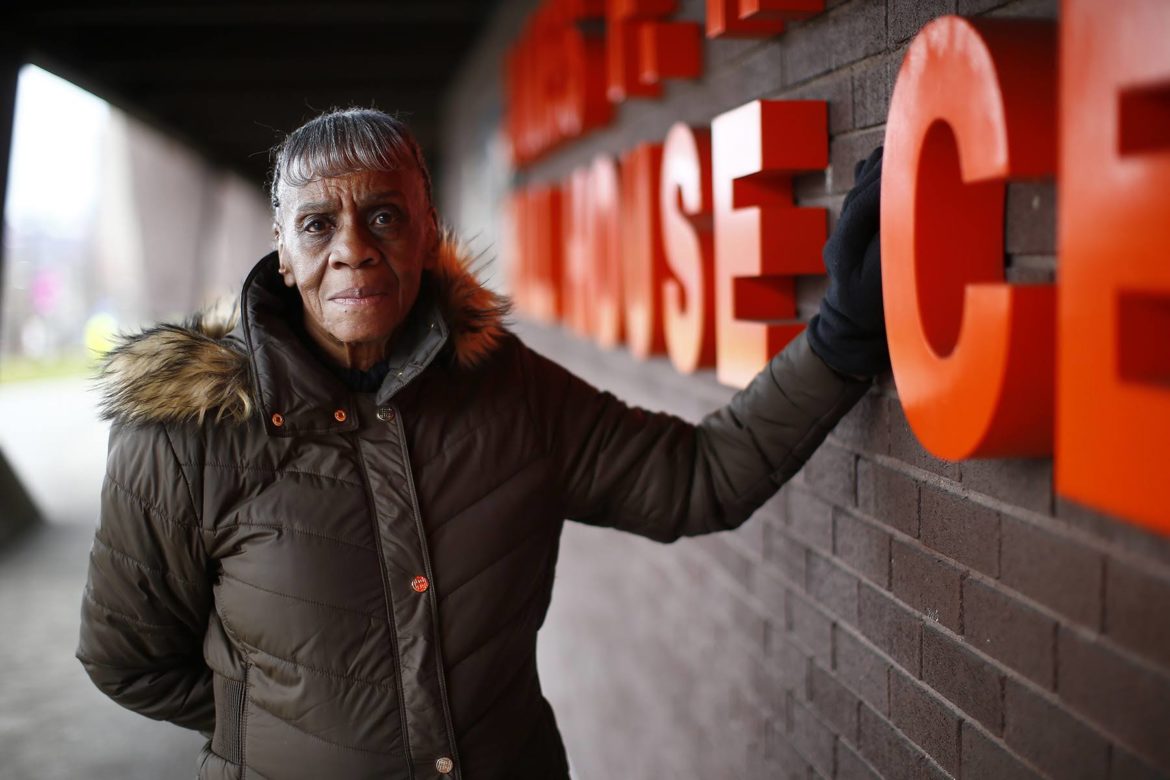 Melvie Blackwell, a former employee of the Hill House Association, poses for a portrait in front of the James F. Henry Hill House Center. (Photo by Jared Wickerham/Pittsburgh City Paper)

For five decades, the Hill House served as a community anchor in Pittsburgh’s Hill District. Residents across generations saw it as a community center, a hub for services such as dental care and work training, a venue for local performers and headliners like John Legend, and also a neighborhood employer.

Its legacy stretches back through much of the 20th century to several community organizations that merged to eventually create the Hill House Association in 1964. But financial struggles led the Hill House Association to shrink its staff from the nearly 300 employees it had a decade ago and eventually close its doors, selling four of its facilities in June 2019 to E Properties and the Hill Community Development Corporation.

While some of the organization’s community mission will live on in those buildings, the Hill House itself is now gone. It remains a cherished memory for residents and for former employees like Irma Coy, 76; Edna Council, 88; and Melvie Blackwell, 84.

Each of these women worked at the Hill House for decades. They lived through its heyday and also stayed closely involved in their retirement. For them, the organization was an opportunity for stable employment, and sometimes a place of comfort during difficult times.

Irma Coy grew up in the Hill District in the 1940s and 50s. Her connection to the Hill House began when her dad used to take her to see performances at the Irene Kaufmann Settlement, one of the Hill House’s predecessors. One of her favorites plays was “The Midas Touch.”

In 1983, she began working as an unpaid volunteer for the Hill House’s senior program. That work helped her through a difficult period in her life and eventually led to a paid job with health benefits. 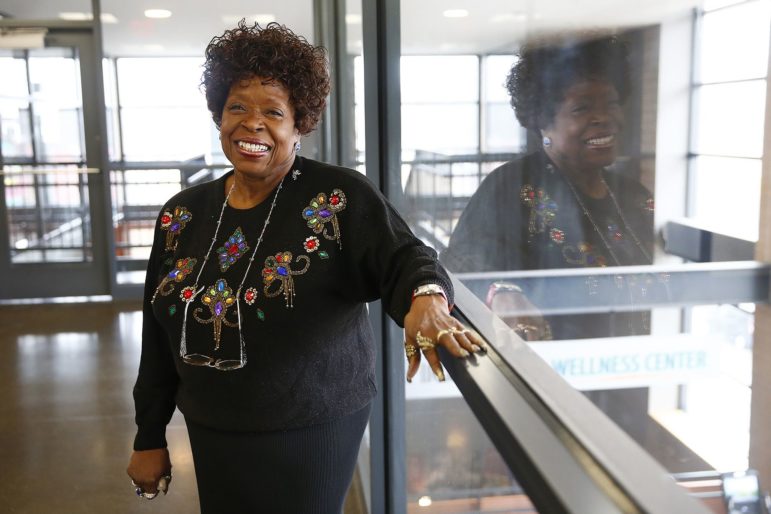 Irma Coy poses for a portrait at the Thelma Lovette YMCA in the Hill District. (Photo by Jared Wickerham/Pittsburgh City Paper)

“I was living in the projects with my daughter, and things were not going so smooth at home,” she said. Her neighbor Edna Council was already working as volunteer coordinator for the senior program. To help her get out of the house, Coy said her 12-year-old daughter suggested that Council ask her mom to volunteer.

The senior program was comprehensive. Participants went on out-of-town trips and had meals delivered to their homes; volunteers helped with light housework and also took seniors to buy groceries.

Some of the volunteers were surprised that Coy didn’t gravitate toward craft programs at the Hill House. She had a knack for making floral arrangements and made holiday decorations for the senior program. Instead, she was intrigued by the clerical and administrative offices, specifically the phone switchboard — an old Centrex system that she asked to be trained on.

“I got through that dark time. I fell in love with the work,” Coy said. After five years, she started working as a secretary in the organization’s comptroller’s office before moving to a position outside of the executive director’s office.

During more than 25 years at Hill House, she also served as coordinator of the United Way giving campaign and was involved in the home delivery meals program. She was also in charge of room scheduling, including popular public facilities like the auditorium and canteen.

She looks back on it as a big family, even when they had disagreements.

Among the colleagues she remembers most fondly was Bill Blakey, who died in 2014 after working at Hill House since its founding. In charge of maintenance and facilities, Coy described him as “Mr. Hill House.” Not only did he keep things running at work, she recalls the time he came to her house on the weekend to look at her water heater after it failed in the dead of winter.

Much of her tenure was spent under director James Henry, who died in 2003 after leading the organization for 25 years, starting in 1978. “It seemed that after the death of Mr. Henry, like the lights in the Hill House got dim, and got dimmer with each passing year,” Coy said.

Coy retired from the Hill House in 2012, though she stayed closely connected as a board member of the Hill District Consensus Group, which was housed in the building.

"It is still difficult to believe that this organization that was once so much to so many, that held our community together so to speak, is no more,” Coy said. “I mourn it like the loss of a family member — still today."

Did the Hill House or another community institution have an impact on your life? Tell us about it.

Edna Council was an employee at the Hill House Association for 38 years.

As a Hill District resident, she remembers the Hill House as being a constant part of her life, particularly when she’d take her children to community events.

She started working there shortly after Russell Shelton became Hill House’s executive director in 1976. He had previously been working as a property manager for the Housing Authority of the City of Pittsburgh. Council was a tenant, and Shelton saw her as one of the anchors of the community. 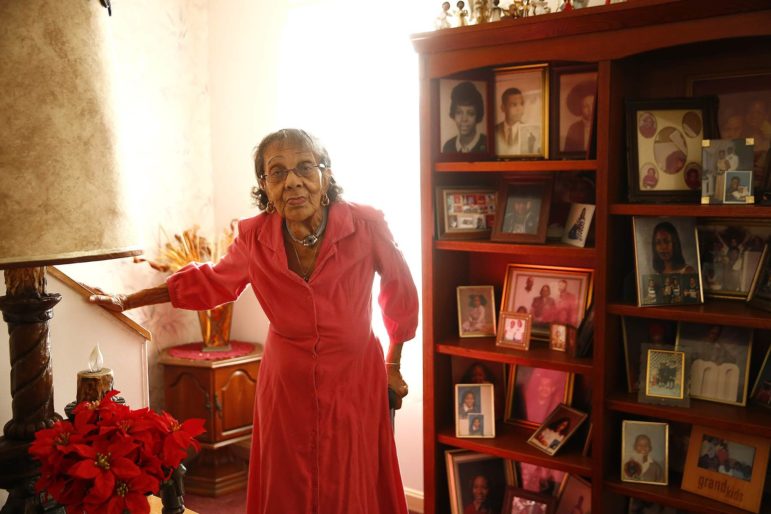 Edna Council poses for a portrait inside her home in the Hill District. (Photo by Jared Wickerham/Pittsburgh City Paper)

Initially, she worked on a youth program before serving as transportation coordinator for six months when the full-time coordinator was out on maternity leave. She'd arrange for bus transportation to take seniors, youth and other community members to programs offsite. The senior program volunteer coordinator position was then created for her, and she was responsible for being sure special events and programs were adequately staffed with volunteers.

“It was ideal because I knew a lot of ladies who were sitting around just kind of spending their days doing nothing, so I invited them to join the senior program as a volunteer — I was able to recruit 30 or 40 volunteers that way,” she said.

Council said the Hill House thrived when Henry took over as executive director, particularly due to his ability to draw financial support from local government and foundations.

“The city loved Mr. Henry as did Elsie Hillman, so money at that time often came to us,” she said. The benefits included the creation of an after-school program, and a young father’s program that was featured by Oprah as a model for other cities.

Henry asked Council to work on those programs, and she recalls the value he put in face-to-face interactions with staff. 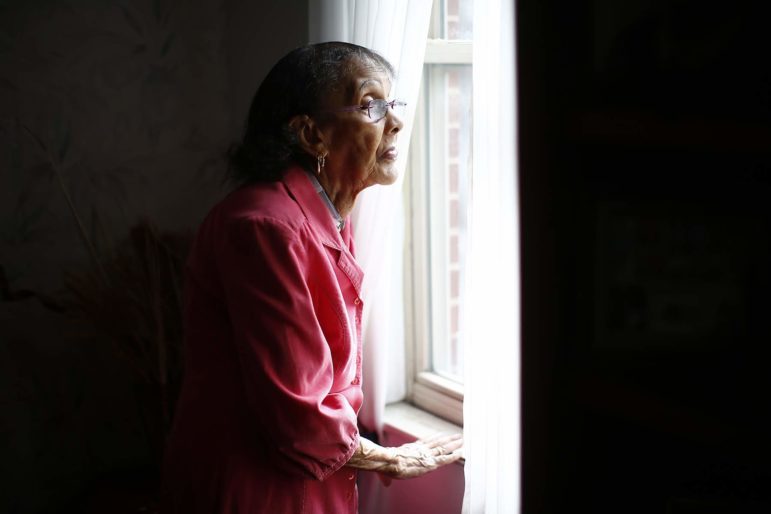 “Every single day, he spent the first part of his day reaching out to every staff member as well as every single agency that had space in the building — wishing them all a good day. He had a serious open door policy.”

The Hill House was there for her when she needed it most. When she had surgery, she said Hill House leadership gave her the time she needed to recover.

When I lost my mother, the entire building was closed so that the staff could attend her funeral,” she said. “It was not just me. It was this way for all.”

Melvie Blackwell retired from Hill House in 2016 after 47 years.

After participating in a job training program for mothers on welfare, Blackwell was hired in 1969 as a clerk typist at Wadsworth Hall, one of Hill House’s satellite facilities. She said she started the training in an effort to provide for her six children without welfare.

At this time, the Hill House Association was spread out over several buildings. Miss Melvie, as she was affectionately called, worked as a typist until 1972, when the Hill House centralized its services into the newly constructed main building at 1835 Centre Ave, which later became the James F. Henry Hill House Center. She transitioned to work as a receptionist at the main entrance. 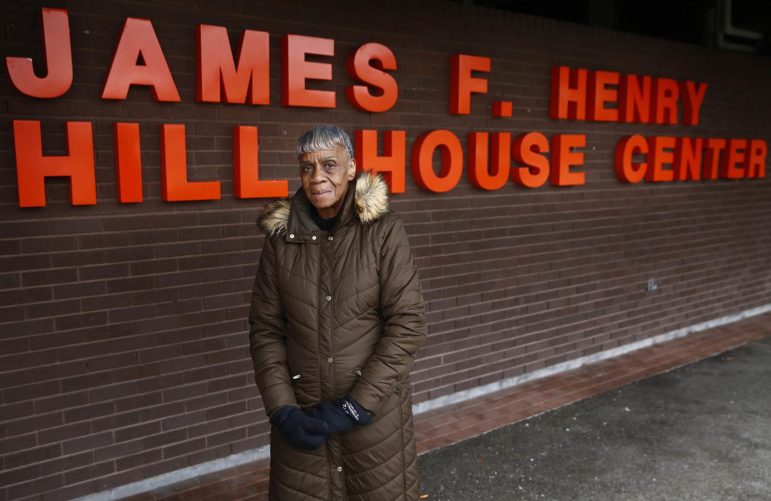 Melvie Blackwell, a former employee of the Hill House Association, poses for a portrait in front of the James F. Henry Hill House Center. (Photo by Jared Wickerham/Pittsburgh City Paper)

She enjoyed seeing the constant flow of people as residents stopped in to visit more than a dozen agencies and offices in the building.

“The receptionist is most important because we are the first face visitors see, and we can set the stage by being pleasant or unpleasant,” she said.

“Tragically, I lost my son, and I was a complete wreck,” she said. “It was Mr. Blakey who put together the guys on his staff to step in to be pallbearers.”

She said she had no money and no insurance. Henry called her to his office and wrote out a personal check for the cost of the funeral.

Coy, Council and Blackwell each had a special bond to the Hill House. They described their time there as more than a job. It was a way of life — one that fulfilled them as they saw the community be served.

After Henry’s death in 2003, the Hill House board began focusing on property development in an effort to make up for the loss of funding it relied upon from organizations like the United Way. Blackwell said that she felt the Hill house shift from its primary mission of helping families.

“The writing was on the wall when I saw the Hill House go from serving families to owning real estate,” Blackwell said. “Things inside began to look more corporate and less community-driven. While the final closure did hurt me, it was already a changed place.”

Even after leaving their full-time jobs, Blackwell, Council and Coy still stayed connected to Hill House. Now that it’s gone, they see a void in the community.

“There is an emptiness inside each of us,” Coy said, “because even after we retired, it still filled up so much of our lives.”