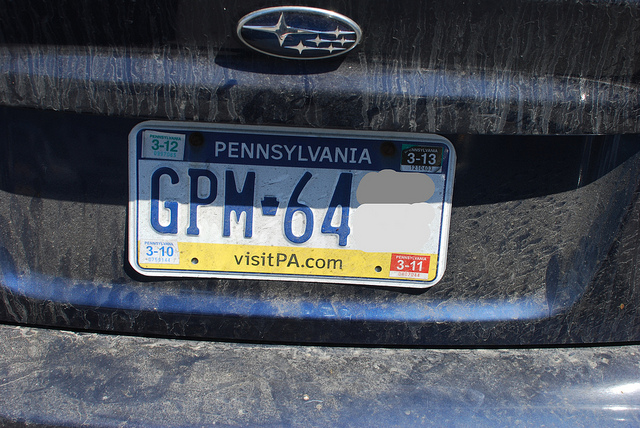 Starting next year, Pennsylvania residents won’t have to put vehicle registration stickers on their cars.

Police departments will be equipped with automated license plate readers to replace the sticker program, the Pennsylvania Department of Transportation announced this week.

Car owners will still be required to register their cars each year and carry their vehicle registration card, but won’t have to affix a sticker to their license plate.

PennDOT said the change would save more than $2 million in mailing costs and about $1 million to produce the stickers. However, the department is requesting $2 million to $2.5 million from the Legislature to issue grants to law enforcement agencies to purchase license plate scanners, according to PennLive.

The change, set to take effect on Dec. 31, 2016, was spelled out in Act 89 of 2013, the massive transportation bill that will eventually drive more than $2 billion of additional funding per year to transportation projects.

The law said the state stickers would not be issued or be required to be displayed, but did not prescribe a solution for police to verify the registration status of a car.

PennDOT commissioned a Penn State study in 2011 to evaluate the registration sticker system. The report said some states have moved away from stickers because of cost and “to counter the reported high incidence of registration sticker theft, theft of license plates, and plate clipping.” The report did not evaluate automated license plate readers as an option to replace the stickers.

Automated license plate readers come with concerns over privacy, data retention and access to those records, according to a 2013 report by the American Civil Liberties Union and its subsequent cataloguing of incidents earlier this year.

They can read thousands of license plates per hour, but don’t produce many actionable hits for law enforcement. The ACLU requested records from Maryland and found their system logged records of mostly innocent people from January to May of 2012.

Other municipalities in New York, North Carolina and Illinois had similar hit rates of 0.3 percent or less. Minnesota State Patrol data from 2009 to 2011 showed 852 citations and 131 arrests resulted from more than 1.6 million license plate scans.

The Pennsylvania data will be accessible to any police officer in the state, but it is unclear how long the data will be retained because it will depend on the police department, according to PennLive.

“Beginning January 1, 2017, customers who renew online will be able save a copy of and print a permanent registration card on demand,” according to PennDOT.