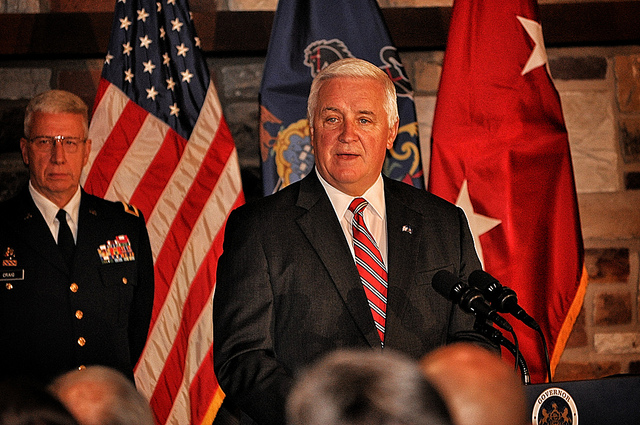 For Corbett, that’s an improvement from last month’s F&M poll when he trailed Wolf 49 percent to 24 percent. It appears that Corbett’s improvement is due to voters who were undecided last month now supporting the governor.

Corbett has also now won the support of a majority of Republicans. In August, only 48 percent of Republicans said they would vote for Corbett and this month it’s 62 percent.

But, an increasing number of people believe that Wolf will still win the election. Nearly 60 percent of those polled believe Wolf will win, up from 51 percent last month.

The poll surveyed 520 registered Pennsylvania voters from Sept. 15 to Sept. 22. The poll’s margin of error is 4.3 percentage points.

A vast majority of registered voters in the poll, 90 percent, have seen television ads by both candidates. Very few of those voters say they were actually swayed by the ads. One in 10 voters polled changed who they were supporting because of messages in the commercials.

Corbett has spent more than $5.8 million on ads compared to more than $3.8 million spent by Wolf. However, Wolf actually outspent Corbett by almost $100,000 between Sept. 15 and Sept. 23.