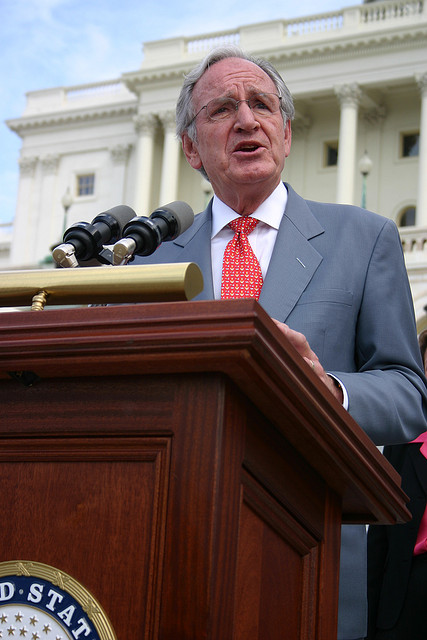 The United States is unlikely to join more than 140 other nations in ratifying a United Nations agreement on how people with disabilities should be treated worldwide.

The Convention on the Rights of Persons with Disabilities would set an international standard for how people with disabilities access education, the workforce, health care and the justice system.

It lends special protections to women and children with disabilities. The convention ensures their basic freedoms, from the right to life and privacy to the right to marry and own a home.

The Mason City Globe Gazette in North Iowa reports that U.S. Sen. Tom Harkin (D-Iowa), who sponsored the Americans with Disabilities Act, has been trying to convince some Senate Republicans to support the convention in order to get the 67 votes it needs to be ratified.

But even with backing by the U.S. Chamber of Commerce and veterans groups, the effort doesn’t look promising.

"I'm telling you, I'm really dismayed," Harkin said. "I think it is just unforgivable that we don't join the rest of the world when we are the leader, when the convention itself was based on the ADA, that we don't join with the rest of the world in helping other countries change their policies, their programs, their structures to be more inclusive of people with disabilities."

Harkin told the Globe Gazette he wanted the convention’s ratification to be his final Senate accomplishment before retiring in January.

There was some positive momentum in early November when the National Association of Evangelicals said it would no longer oppose the convention. The group’s position changed after the language on abortion and family issues was revised in the proposed U.S. implementation plan.

Harkin said he believes Senate reluctance to adopt such a standard will affect any American with disabilities who travels, lives and works in another country.

So I'm sad to say our veterans who are struggling with disabilities, other Americans with disabilities who want to travel overseas with their families or who might want to go to school overseas or work in a job overseas, well, if you've got a disability, you might forget about it," Harkin said.