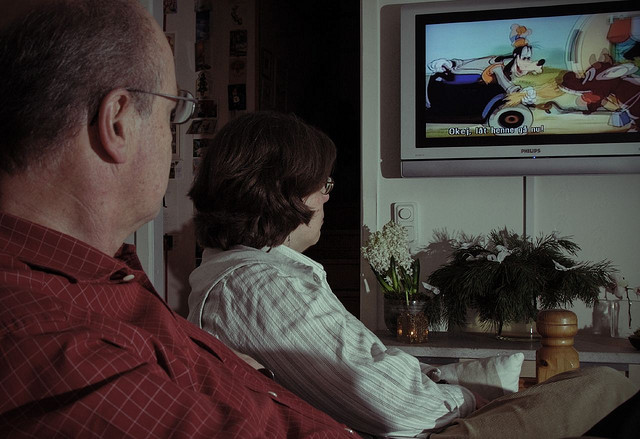 It’s well accepted that watching too much TV is bad for your physical health.

But a new study published in JAMA Psychiatry states that it has adverse effects on cognitive functions, too.

Too much TV — categorized as more than three hours a day for the study — in young adulthood, coupled with low activity, may lead to deficiencies in time and resource management in middle age.

The Washington Post reports that the study was conducted over 25 years, with participants aged 18 to 30. They were split pretty evenly between men and women and whites and blacks. About 93 percent had finished high school.

The participants filled out a validated questionnaire every 5 years about their television viewing and activity levels. If two-thirds of the questionnaires reported more than three hours of TV viewing a day, they were designated “high” television watchers. Others were classified as “moderate.”

Physical activity levels were determined by sex-specific baselines. If participants were beneath the baselines in two-thirds of the check-ins, they were categorized “low” activity.

At the end of the 25-year period, the study’s 3,247 participants were evaluated by three cognitive function tests: the Digit Symbol Substitution Test, Stroop Test and Rey Auditory Verbal Learning Test.

When the participants with high TV watching levels and low activity levels overlapped, the odds of poor performance were twice that of people who only fit into one category. More than 3 percent of total participants fit this description.

Perhaps unsurprisingly, prolonged sedentary behaviors were “associated with worse midlife executive function and processing speed,” according to the study.

The study does note that performance on the Rey test, which measures verbal memory, did not seem to be affected by too much TV.

A previous PublicSource story also shows that technology is changing the brains of Millennials. Communication and medical experts said the increased use of technology can shrink the brain’s frontal lobe, which can make it difficult for people to process information and interact.

Internet Addiction Disorder, while not included in the Diagnostic and Statistical Manual of Mental Disorders (DSM), is considered a growing and significant public health threat in China and South Korea.

In order to best curb the harmful effects of TV and technology, parents are advised to limit their children’s screentime from a young age.