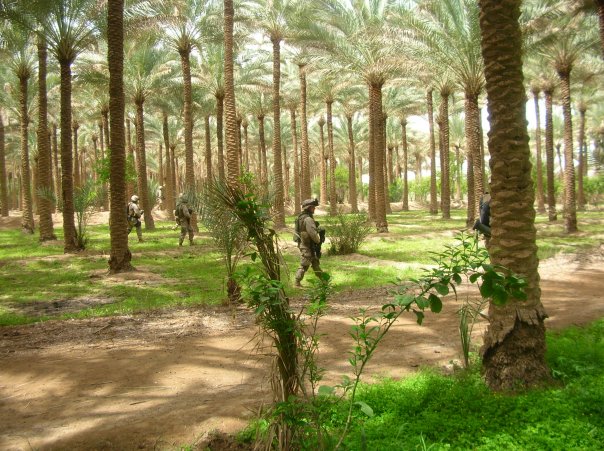 Loaded assault rifle at the ready and eyes alert, the soldier detected only dry branches snapping under his combat boots as he patrolled the woods.

Everything else was quiet and clear, until the police showed up.

Residents of his South Hills neighborhood had been frightened by an armed man in camouflage marching through the trees near their homes that February day.

The officers escorted the 31-year-old former Marine back to his mother’s home.

“I was trying my hardest to feel Iraq, to relive the power of walking through with a weapon and purpose,” said the soldier, who asked not to be named. “Since I got home, I feel powerless.”

He served in Iraq seven years ago, yet he still has shrapnel in his body, nightmares in his sleep and a tremor in his hand when he leaves the safety of home.

The strife of this decade-long modern war is unprecedented since World War II, and Pennsylvania is home to one of the largest groups returning from the conflict.

The challenges for those men and women:

More than a million troops from global military operations — many with physical, mental and social hurdles — are expected to join the ranks of America’s 22.6 million veterans during the next five years.

Their return also presents a challenge for each state, and the country as a whole, to support its armed forces with all the promised benefits. The pressure on the system could prove difficult to bear.

Window on the world

Perhaps it’s the state’s blue-collar work ethic, plentiful rural areas or a tradition steeped in the country’s founding. Whatever the reason, Pennsylvania is a military-oriented state.

The commonwealth claims the fourth-highest veteran population in the United States with more than one million who served in the country’s wars. Only California, Florida and Texas -- all more populous than Pennsylvania -- have more.

Already the state has at least 38,400 who have served in the Iraq and Afghanistan operations, which census data indicate is the eighth-highest number nationwide.

The war also left Pennsylvania with the tragic distinction as the state with the third-highest death toll. The Department of Defense reported last month that 277 Pennsylvanians have died on duty and more than 1,800 have been wounded since the U.S. waged war in Afghanistan beginning in October 2001.

The reports include Reserve and National Guard forces.

Allegheny County is the epicenter for the state’s military population, serving as home to more veterans than any other county.

“This is a place where service is given a high profile,” said Judge Michael E. McCarthy, a Vietnam War veteran who founded a veterans-specific court in the Allegheny County Court of Common Pleas. “In 1969, I signed up because I wanted to go save the world, and that spirit is alive and well here.”

McCarthy also said the military exposes people to other cultures and responsibilities.

“This is a very parochial area,” he said. “People tend to grow up, live and die here. … The military took me out of here, showed me the world and taught me a lot about discipline and getting the job done.”

‘Picking up the pieces’

A hockey game used to be fun, reminiscing with family was a treat and work was a source of pride for Barbara Weiblinger. Now the 17-year soldier feels like a captive, an outsider and a shell of her former self.

“Unlike most people, I didn’t see the signs for a while,” she said. “I was very functional, but I’m still picking up the pieces.”

Many in the service call the transition from serving in a war to adapting to civilian realities the “new normal,” a different way of life in which men and women reel from the physical and emotional pain of health problems, ruined relationships, unemployment or lost opportunity.

Weiblinger is jobless, divorced and depressed.

The 38-year-old has applied for 60 jobs in the past two months. Her husband left because she changed too much.

She avoids therapy and medication for her depression so it doesn’t turn up on her military record because she worries the entity she is fiercely loyal to will then force her out, she said.

Weiblinger, an Army Reserve supply specialist, has served in Bosnia, Afghanistan and Iraq. Her 2005 stay in Balad, Iraq – called “Mortaritaville” for the relentless bombings -- was a turning point.

“It freaked me out for life,” she said. “I didn't see guts and gore. ... The bombs were close enough to make me wonder if it would hurt to die. I can’t stop remembering how vulnerable I was. "

Weiblinger remains in the service, but the horror of combat can fester long after leaving the military.

The former Marine who came home to Pennsylvania and asked to remain anonymous cringed recalling the warmth of fresh blood dripping down his face when his fire team was mortared outside of Hit, Iraq, in 2005.

It was the blow that sent him home, but it was not the worst of his injuries.

Among his memories: watching close friends die, seeing the base kitchen double as a morgue. It all took a toll on his life back in the suburbs of Pittsburgh.

He has been hospitalized five times for post-traumatic stress disorder while trying to claw out of unemployment.
His car insurance spiked to $260 a month because he caused eight accidents in seven years when he swerved to miss potholes like the ones in Iraq he was trained to avoid because they could explode.

“Nothing feels normal to me anymore,” he said. “Normal is now violence, death and war.”

Maj. Brad Davis, a chaplain in the Air Force Reserve at the 911th Airlift Wing in Moon, not only experienced his own turmoil abroad but also acted as spiritual leader and counselor to others in his unit. He said at least 85 percent of the people who came to him for guidance were having relationship problems.

Distance magnifies problems in a relationship, he said. “The relationship stress doesn't just go away at the end of deployment either.”

He said he has not slept well since his 2006 deployment, when the guise of safety was quickly shattered by news that a rocket had killed a sleeping soldier on his base just days earlier.

Davis worked long hours during which he led prayers for soldiers to return safe and leaned over their hospital beds when they did not.

“There are just a lot of things that build up and you don’t have time to think about it until you get home.”

Despite the consequences of service, many are willing to sign over their lives to the military.

Weiblinger volunteered for her last two tours and said she would undoubtedly do it again.

“It’s only when I’m a soldier I’m fulfilled,” she said.

Judge McCarthy said he encounters this dedication to the military in many veterans.

“When you are out in the field, you have worth and it is significant,” said McCarthy. “People don’t understand what you feel, and it might lead to isolation, crime, substance abuse.”

Many government and social agencies are targeting veterans’ needs.

President Barack Obama in February proposed a $140.3 billion budget for the U.S. Department of Veterans Affairs for the fiscal year beginning Oct. 1.

If approved, a VA statement said it would help support health care for 8.8 million enrollees and benefits programs for almost 12 million current and former military members and their families.

The withdrawal of troops from Iraq and Afghanistan has been done in stages.

Now, about 200 soldiers stationed at the embassy in Baghdad are the last of the 1.1 million who served in the Iraq War to remain in the Middle Eastern country; the others were withdrawn by the end of last year, said Lt. Commander Kate Meadows, a Department of Defense spokeswoman.

In Afghanistan, about 89,000 troops remain. About a quarter of them are due home by September, and the remaining soldiers are scheduled to leave by late 2014, when the U.S. plans to hand over security to Afghan forces. Many of those still in Afghanistan may decide to stay in the military.

If the drawdown goes as planned, the pressure will be on the systems supporting veterans.

Economist Joseph Stiglitz, co-author of the “The Three Trillion Dollar War: The True Cost of the Iraq Conflict,” posited in 2008 that the cost of caring for these modern warriors for the rest of their lives would exceed $600 billion.

Stiglitz and co-author Linda Bilmes estimated that 40 percent, or about 440,000, of troops who fought in Iraq will return with a disability. Their estimate did not include Afghanistan veterans.

Nearly 1,500 amputations, mostly of major limbs, had been made on soldiers in Iraq and Afghanistan between 2001 and early 2011, according to the Army Surgeon General.

Improved health care in the field and at home, along with longer life expectancies, lengthen the time disabled veterans will need care. These veterans’ costs will continue for half a century or more, Stiglitz said in a 2008 speech for the Carnegie Endowment for International Peace.

The cost for health care does not show the burden severe injuries place on the veterans and their families. Spouses often lose jobs and children are displaced from schools to support their relatives during long and stressful hospital stays, said Robert Veltre, a Pittsburgh businessman helping to establish a retreat for wounded veterans.

The Boulder Crest Retreat for Wounded Warriors is a proposed four-cabin compound in Bluemont, Va., that would offer free lodging, activities and assistance to recovering veterans and their families. The Virginia location was chosen because it is close to Walter Reed National Military Medical Center in Maryland.

“This escape will be needed for years to come because many of these injuries are lifelong. You don’t go from being an amputee to not being an amputee,” Veltre said. “These severe injuries place enormous demand on the medical infrastructure.”

In the next fiscal year alone, Veterans Affairs expects to provide health care for 6.3 million veterans, including 610,000 veterans of Iraq and Afghanistan. The agency also estimates it will be called upon to help pay for the education of more than 606,000 in that time.

The number of patients visiting the VA Pittsburgh Healthcare System has been increasing annually for at least five years, and so has the budget. The budget increased by more than 50 percent from $366.4 million to $560.7 million between 2007 and 2011, according to VA Pittsburgh spokesman Keith Gottschalk.

More than 64,600 patients were treated in the local VA system last year, he said.

A 2010 census survey indicates 26 percent of Pennsylvania’s veterans have a disability.

Not all deserving veterans access their benefits, Murphy said, though he expects an increase as the population of the most recent veterans grows.

“There are financial problems, of course, as well as family problems, health issues… it’s a litany,” he said. “It can be very difficult for those people to make adjustments, and we expect more people will need to become aware of where they can get help.”

But it will take more than access to break down barriers between veterans and the assistance they need. Weiblinger knows where to find support. She shrugs her shoulders, pondering why she hasn’t gotten the help she admits she needs.

“I’m embarrassed. I’m ashamed. I don’t want something to be wrong with me.”