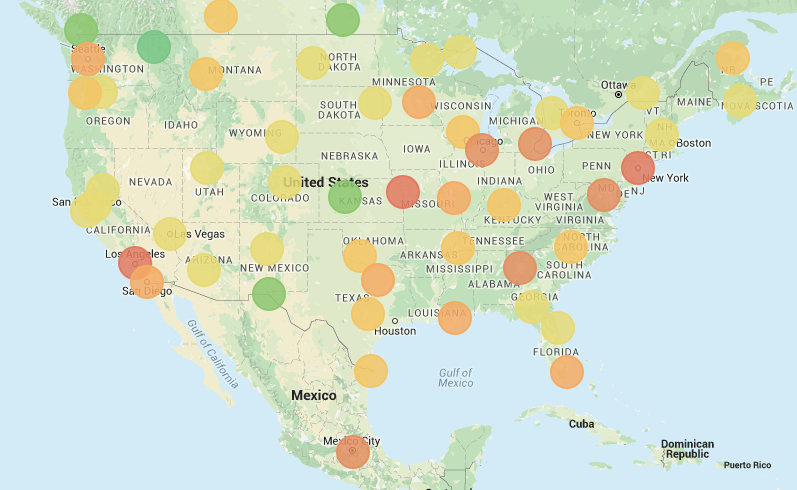 If you were hanging around Pittsburgh over the last 24 hours, the amount of air pollution you were exposed to is equal to spending about 40 minutes in a car with a smoker.

That’s according to Share My Air, an interactive tool that uses real-time air quality data from cities and converts it to something more relatable: secondhand smoke.

“Americans in communities across the United States inhale air pollution on a daily basis, but they may not understand exactly what they are being exposed to,” said Kevin Kononenko, who created the tool while studying environmental science at the University of Michigan.

Despite the air being better than it was a generation ago, Pittsburgh still has some of the worst air quality in the country.

Allegheny County still fails to meet federal standards for fine particle pollution (PM 2.5) and ground-level ozone, or smog. Fine particles come from many sources, including burning fossil fuels and other industrial activities. These particles are dangerous because they can enter people’s lungs and bloodstream and cause serious health problems, including heart disease and respiratory issues.

While getting his degree in Ann Arbor, Mich., Kononenko spoke to a number of parents in the city who were concerned about their children’s exposure to secondhand smoke. He did more research and found that scientists were measuring cigarette smoke in PM 2.5, just like ambient air pollution.

Kononenko then decided he could create a tool that compared the two and maybe help people better understand what their kids are exposed to on a daily basis.

The tool is part of Vivergy, Kononenko’s larger project that allows people to measure their personal impact on air pollution and take steps to limit it.