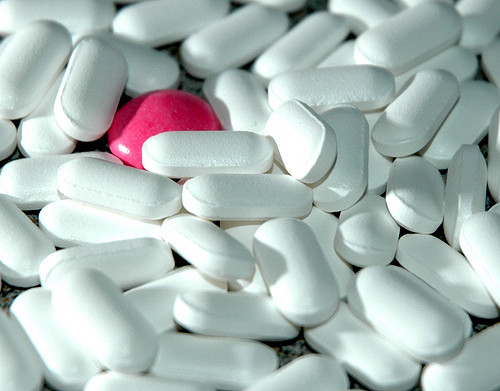 People are overdosing on a common drug used to treat diarrhea, and it’s another potentially deadly side effect of the opioid epidemic gripping the nation.

Imodium, generically known as loperamide, is primarily used to treat frequent diarrhea and irritable bowel syndrome, but it can also double as a replacement drug of sorts for opioid addicts. It can not only curb cravings, but it can also give the user a high.

According to the U.S. Food and Drug Administration [FDA], enough people are overdosing on the over-the-counter med that it spurred the agency to issue a safety alert yesterday, warning that taking high doses of Imodium may lead to adverse cardiac conditions and even death.

The majority of reported serious heart problems occurred in individuals who were intentionally misusing and abusing high doses of loperamide in attempts to self-treat opioid withdrawal symptoms or to achieve a feeling of euphoria.

The FDA’s Adverse Event Reporting System [FAERS] found that between December 1976 — when FDA first approved the drug — and December 2015, 22 of 48 reported cases of serious cardiac events were linked to Imodium abuse.

“This number includes only reports submitted to the FDA, so there are likely additional cases about which we are unaware,” the FDA told NBC.

Of the 48 cases reported, 10 people died, according to the FDA.

Between 2011 and 2015, national poison centers reported an increase in loperamide-related calls. The American College of Emergency Physicians reports:

Imodium’s recommended dosage is between 8 mg and 16 mg, but opioid addicts attempt to achieve a heroin-like high by orally ingesting upward of 300 mg, according to a story by CBS.

This unusual twist on the opioid epidemic is especially relevant in Pittsburgh where drug abuse persists.

From the PublicSource project on the heroin crisis:

In Allegheny County, opioids were the primary cause of 246 overdose deaths in 2015 … Of those, heroin was found in 209 cases and fentanyl was found in 99 cases.

“There is no evidence that this epidemic is abating and efforts to address the problem are ongoing at the local, state and federal levels,” Dr. Karl Williams, the county’s medical examiner, said in a statement with the year’s finalized numbers.

Researchers from SUNY Upstate Medical Center believe Imodium sales should be regulated, according to NBC’s story.

"Action should be taken to regulate the sale of loperamide-containing products in a manner similar to pseudoephedrine, dextromethorphan, and other restricted over-the-counter medications," they wrote.

The FDA continues to evaluate the safety issues related to Imodium and will take action if needed, the agency wrote in its statement.