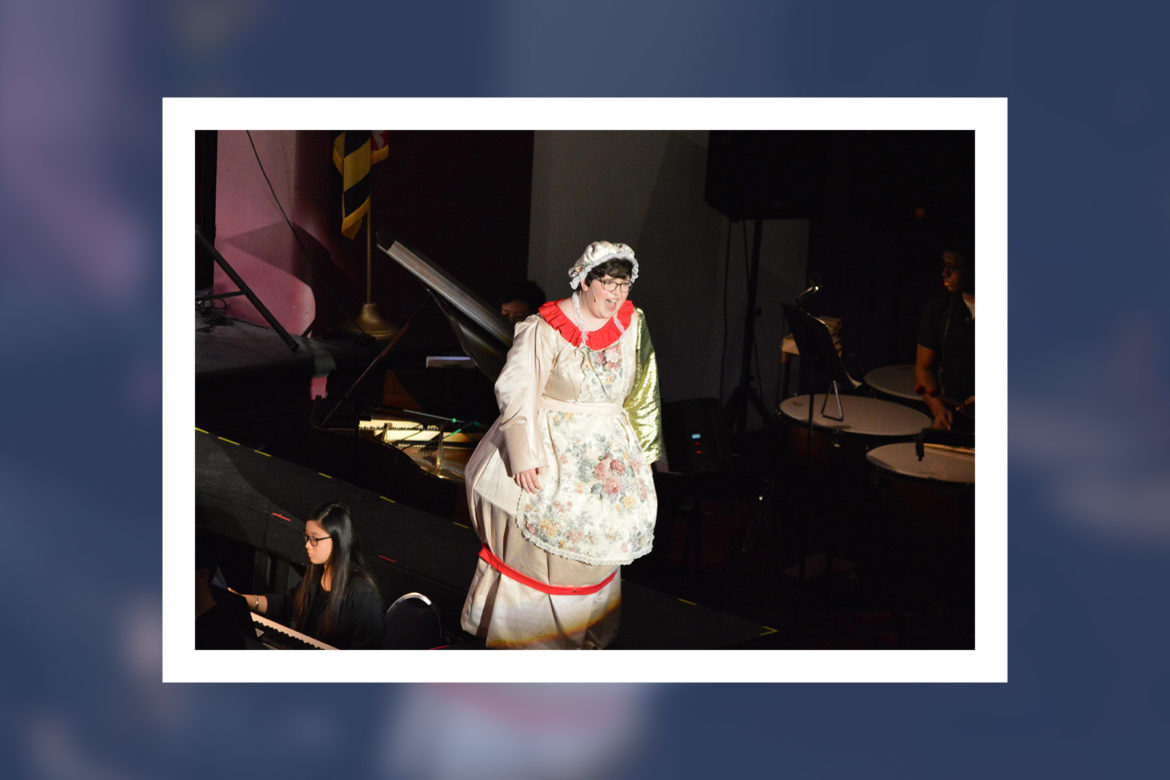 Anna Skeels performs as Mrs. Potts in a high school production of “Beauty and the Beast.” (Courtesy photo)

My high school’s Friday night showing of “Beauty and the Beast” starts in an hour.  As Lumiere the candlestick does his sound check, the rest of the cast is waiting onstage for our own. Our lighting designer is running through cues, making the hot stage lights jump from bright white to blue to red and back again. Someone is playing the piano in the green room (probably a “Hamilton” song). I’m in my huge Mrs. Potts costume and I can’t quite figure out how to breathe. All I can think about is the line I flubbed last night and how I have to make sure nothing like that happens this go-around. In my search for a script to make sure I really do know all the lines I’ve been studying and rehearsing for two months, I end up running into a vom, a pretty terrible but circumstantially relevant name for the little passageway that connects the hallway to the auditorium. (Yes I vomited, but thankfully made my way out of the vom and into a bathroom before that.)

My least favorite thing about performing is the panic. Just before you go onstage, theater is the worst possible thing you could choose to be a part of. When you come offstage, theater is the most incredible thing on planet Earth. This feeling is what led me to pursue a theatre arts major at Point Park University, where I’m a sophomore. 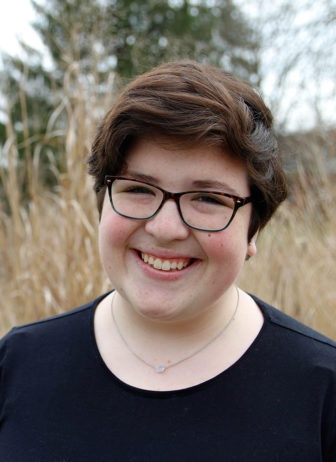 For a long time, I believed that having mental health issues aided my artistry. “Being nervous means you care,” one of my directors once said to me in high school theater. Nerves are natural in these scenarios, it’s true, but are consistent panic attacks?

Whenever I’d spoken about these panic attacks, castmates brushed it off as stage fright. They thought I was just shy and would give me a pat on the back, telling me it was perfectly reasonable to have a little freak-out before getting on stage. Panic is just one of the things that the people around me normalized throughout my theater journey, even now as a college theater student. When I first expressed feelings of depression, adults in my life reacted by saying that it makes sense because all the best artists are tortured. Complimented and dismissed.

Robin Williams died when I was in seventh grade, at a time when I’d been enamoured with performance for a while but was just starting to really get involved. I couldn’t reconcile the laughing images of him online with the fact of his suicide. In my eyes, he’d been the opposite of a tortured artist. He was happy. He made people laugh. He was the Genie! I don’t think I’ll ever forget hearing someone say that he was so good at making other people happy because he wasn’t happy himself. Again, I was hearing that a performer’s mental illness was what set them apart from everyone else, what made them the best.

Many people accept that “genius and madness” go together, like the philosopher Aristotle mused. There have been studies that link schizophrenia with writing and mental illness in general with creativity. These connections can be dangerous as they can lead people experiencing mental illness to go untreated. I thought that ‘being tortured’ made for the best performances, the best writing and the best art. If I'm not on the edge of panic, can I put on a good performance? If I’m not depressed, can I write a good play? If I’m not tortured, will I ever be a good artist? I tried to concentrate my hurt, my panic, my woundedness into everything I did and I thought that was what would make me stand out among the crowd. Yet experiencing panic and depression hasn’t necessarily made my performances better. A lot of times it’s made them worse. I’ve been so exhausted from all my panic and had a hard time keeping up energy to last through shows. I haven’t had the chance to perform live in over a year due to the pandemic. But I have had to perform in classes, and I’ve struggled with panic there, too.

I didn’t want anything to make me less successful in school and the idea of dealing with the kind of distress I feel before performances every single day led me to try something new. A university counselor taught me breathing exercises for getting through the panic I feel at the top of a show or right before class. While I was skeptical at first, breathing exercises have really helped me. Slowing myself down and having some sort of physical touch, like tapping my shoulders in time with my breaths, brings me back to the moment. I can ground myself faster and, on rare occasions, I’ve been able to avoid the panic attacks completely. Once the emotions weren’t so powerful, I had a far easier time pulling from them for my writing. I could give more authentic and effective performances when playing characters with similar experiences.

It helps to know that, if I need more advice, the University Counseling Center at Point Park is free and anonymous. At the end of the day, I don’t want my mental health issues to be in charge of my creativity. I don’t want them to be what makes me valuable in creative spaces. But I do think they inform the art I make. As a whole human being with a range of experiences and understanding, I am valuable in creative spaces because I have a unique perspective (as everyone does) and I’m excited to work onstage again. I’ll continue taking the time to understand my emotions and my experience and that is going to make me a better artist, something my panic or depression will never do by themselves.

Anna Skeels is a sophomore Theatre Arts major who wrote this essay as part of the All-Abilities Media Project at the Center for Media Innovation at Point Park University. If you want to send Anna a message, email firstperson@publicsource.org.