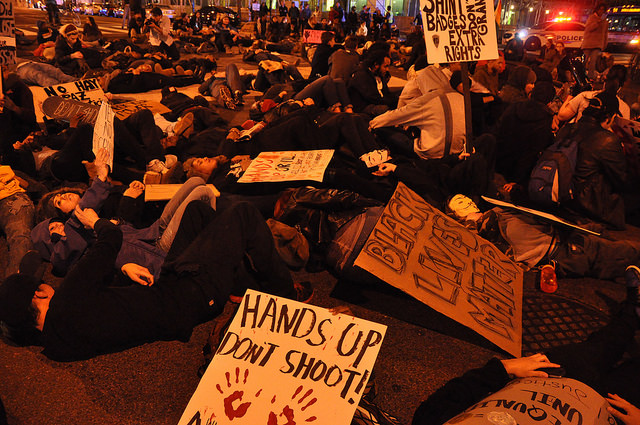 Police this year have shot and killed 24 unarmed black men, accounting for 40 percent of all shooting deaths of unarmed people at the hands of U.S. police, according to The Washington Post.

Although most fatal shootings by police involve armed individuals (only a fraction of whom are black), the Post found that unarmed black men were seven times more likely to be killed than unarmed white men.

Michael Brown was killed one year ago on Sunday in a shooting where almost every detail is disputed except for the fact that Brown was unarmed and shot to death by officer Darren Wilson in Ferguson, Mo.

While Brown’s death is only one of many similar shootings, it set off a national debate about officer accountability, justifiable force and why the body count of unarmed black men continues to climb.

Brown’s death is controversial because much of the information is based on conflicting eyewitness testimony. In other cases, video footage has given the public and prosecutors much clearer documentation of the tragedy.

So far this year, three officers have been charged with crimes after fatally shooting unarmed black men. All three were caught on video. One — the April shooting of Eric Harris in Tulsa — appears to have been an accident. But in the other two, the footage contradicted the officer’s initial account of what happened.

“Prior to Ferguson, police were politically untouchable. Ferguson changed that calculus,” said Georgetown University professor Paul Butler, a former federal prosecutor whose book, “The Chokehold: Policing Black Men,” is scheduled to be published next year.

In 2015, 60 unarmed individuals were killed by police, according to the Post. Black men account for less than half of the death toll, but the numbers are alarming because, as the Post notes, black men account for only 6 percent of the U.S. population.

This does not diminish the tragedy of non-white deaths. In Pennsylvania, David Kassick. a white man, was killed in a February traffic stop by Hummelstown officer Lisa Mearkle, who was charged with criminal homicide.

Since even the count of police shootings has been incomplete for years, the Post is detailing every deadly police shooting for 2015, using public records and news reports. The deaths include both armed and unarmed individuals.

As of Friday, the Post said there have been 585 people shot dead by police this year.

Also, on Friday, a police officer in Texas killed an unarmed black man who crashed his SUV into the window of a car dealership. That death is under investigation.

The disproportionate number of unarmed black men in the body count helps explain why outrage continues to simmer a year after Ferguson — and why shootings that might have been ignored in the past are now coming under fresh public and legal scrutiny.

“Ferguson was a watershed moment in policing. Police understand they are now under the microscope,” said Mark Lomax, executive director of the National Tactical Officers Association, which represents police rank-and-file.

On Sunday night, 18-year-old Tyrone Harris was shot by St. Louis County police near the site of demonstrations held a year after Brown’s death. Harris, who is reportedly in critical condition, allegedly fired several shots at plainclothes detectives in an SUV, according to the St. Louis Post Dispatch.

The young man’s father told the paper his son and Brown “were real close.”

The Post’s data examines deadly shootings, not all deaths in custody. It also does not tally other damaging police shootings like the November 2012 incident in Pittsburgh that left Leon Ford, an unarmed black man, paralyzed from the waist down.

Ford was shot several times in a traffic stop and then put on trial. Earlier this year, the Allegheny County district attorney decided not to retry him after a jury was unable to decide if he was guilty of several charges.

Ford, who faced serious prison time and uses a wheelchair, was found not guilty of felony aggravated assault.

Click for details on 2015 shooting deaths in the Post’s database.