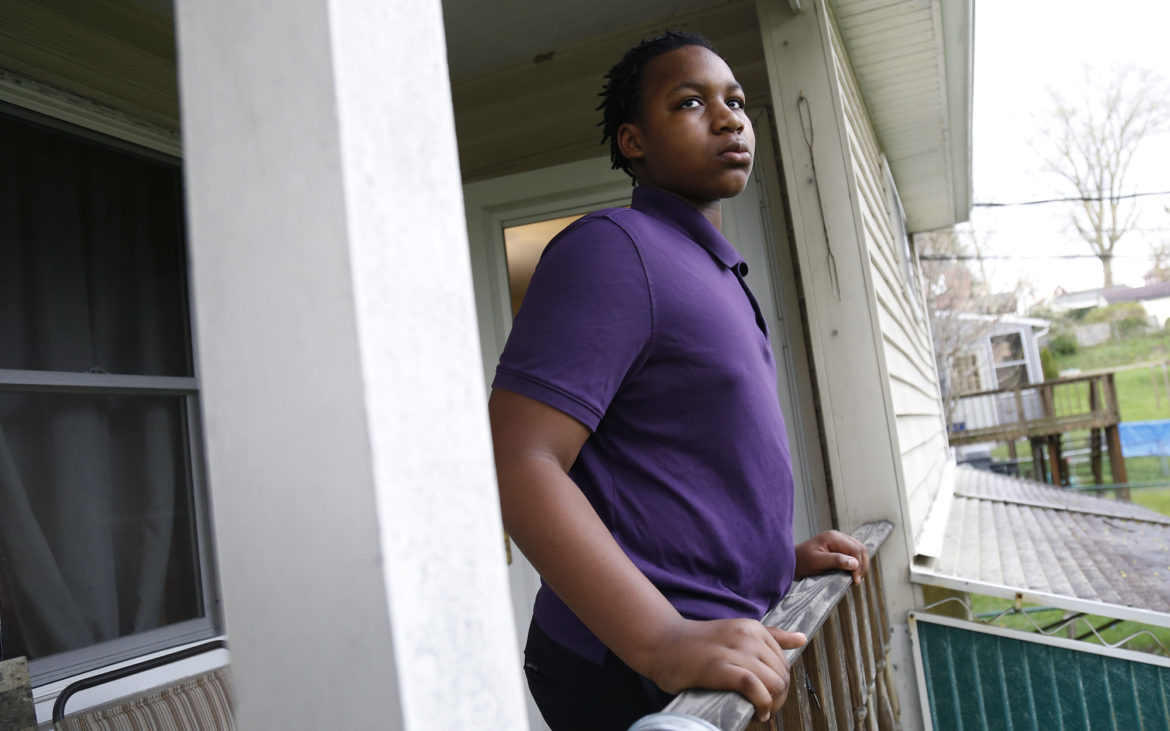 Dion McIntosh, 14, looks out from his home's back porch during a brief rainstorm. (Photo by Ryan Loew/PublicSource)

Editor’s Note: As journalists, we spend a lot of time talking with officials and community members and distilling it into stories that explore important issues of our time. But we realize that sometimes it is just more powerful to hear it straight from the source. This is one of those times. The essay is a special feature timed for Mother's Day and the Brown Mamas Monologues* happening May 12.

For as long as I can remember, my son Dion has wanted to be a football player and a policeman (and a pizza maker and a race car driver).

His love for football was divinely deposited in him; if I hadn't been there, I would believe he'd been born with a football in his arms.

His desire to be a police officer, however, was born later. I believe his interest stems from when he learned that his father’s murder had never been solved. The unsolved murders of two first cousins and numerous family friends only made his desire to be a police officer, an agent of change, a protector for his family and community, stronger and stronger. Even amid discouragement from close family members and friends, he held on to his plans to become a policeman. 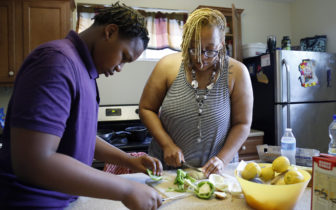 Recently though, when I sat him and his brother down to discuss the senseless killings by police officers of black men in Baton Rouge and Minnesota, I realized something had changed. His desire to be a policeman had disappeared. The police was no longer a group he wanted to be associated with. When I told him I didn’t understand and pressed him about how I thought he wanted to be the one to bring about change, he responded simply that he was sure he could bring change more effectively in another role.

My father told him exactly what he had told me when I was young: If you stand on the corner with a bunch of drunk people, people are going to assume you are drunk, too. Nobody would know that he was the one policeman who wanted to do things right, the one policeman who wanted to protect the rights of the brown boys and men who he’d be a representative of every time he put his uniform on.

In a sea of blue and black, when pulled over for a traffic stop or approached for selling CDs or cigarettes, there was no way for a brown boy or man like him to know if he would be protected or executed. And there was no way for the brown boy or man who became a policeman to know if he’d become the target for what others in the same uniform had done before him. This is not a chance he wants to take. This is not the way he wants to make change. This is not the group of guys my 14-year-old wants to be identified with. 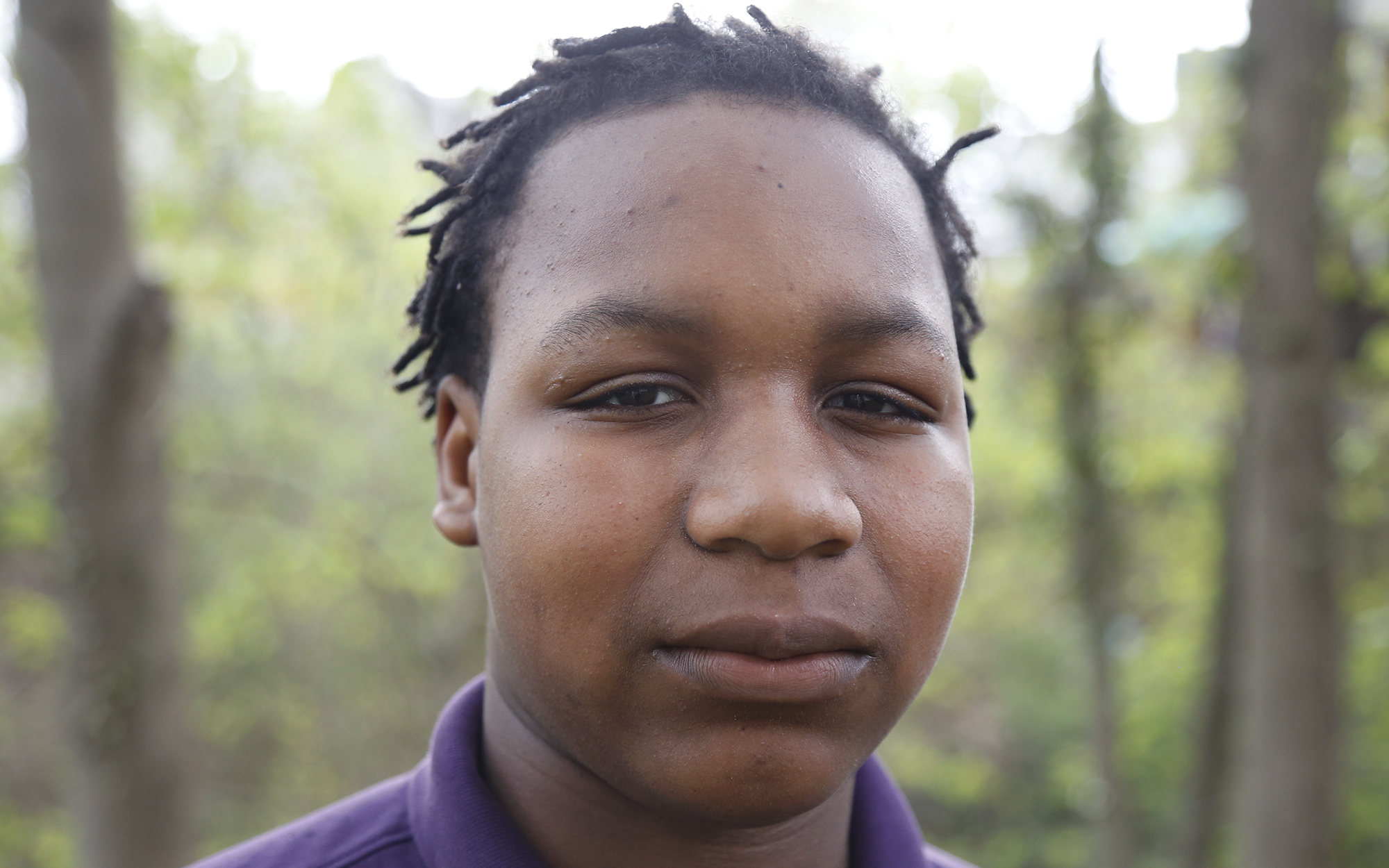 It isn’t that he doubts his own abilities; Dion still feels strongly that he is called to be an agent of change in this world. He does, however, have doubts in the police forces all over our nation to represent, protect and serve the people — all people, especially the brown boys and men who look just like him.

What the police officers responsible for these senseless killings fail to realize is they aren’t only killing boys and men who look like him, but they are also killing the dreams of those boys who hear of their murders, watch them on Facebook and YouTube and then have to sit down with their mothers to talk about all of the things they can’t do if they encounter the police.

They’re killing the dreams of little girls with expectations of going to daddy-daughter dances and being given away by their fathers at their weddings.

These officers are the ones who are expected to hold others responsible for upholding the law and yet they’re irresponsibly disregarding that expectation, in many cases when the suspects are only guilty of being brown. Like my son. 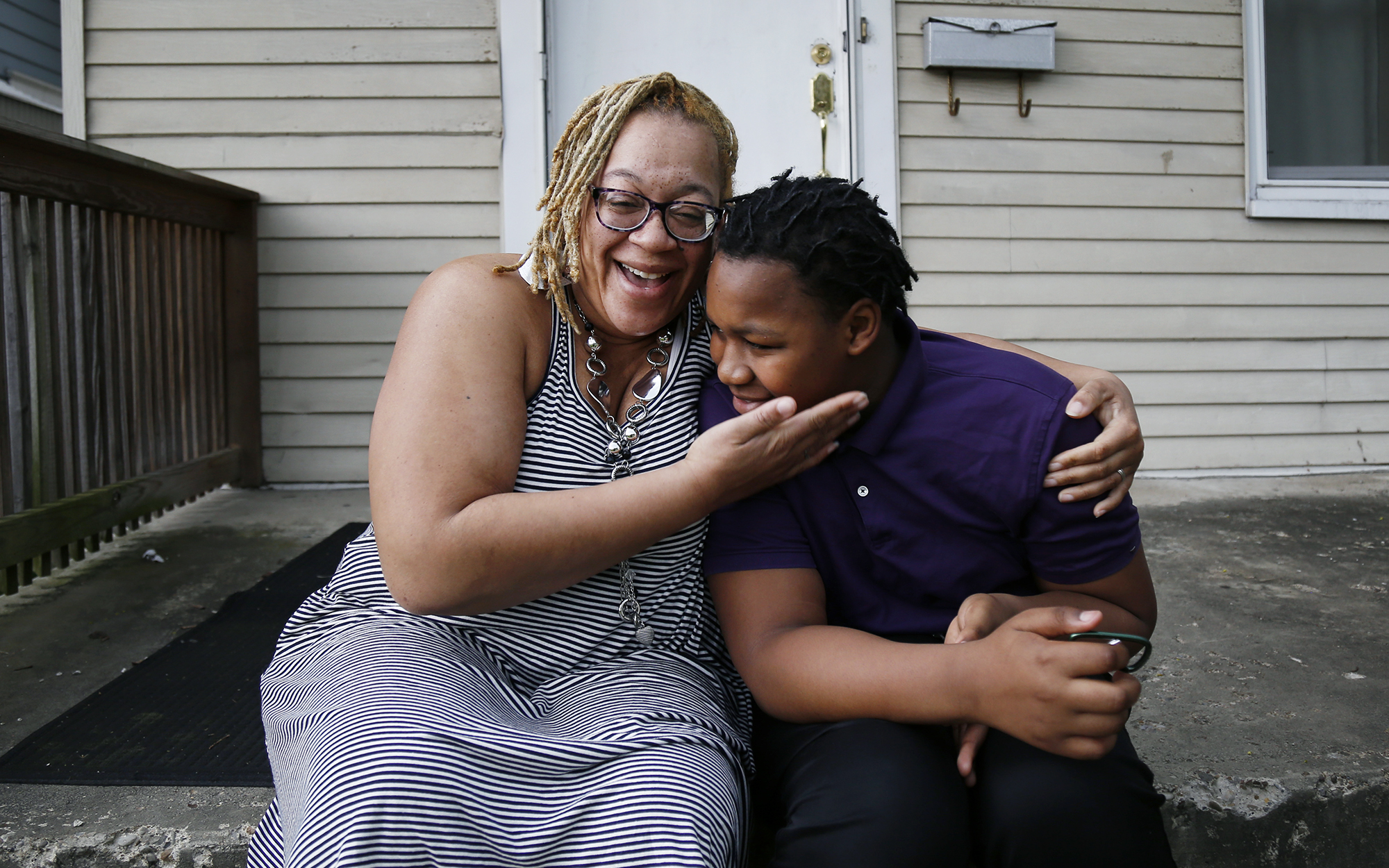 Tiffany T. Huff-Strothers hugs her son Dion as they sit on the front steps of their Coraopolis home. (Photo by Ryan Loew/PublicSource)

As his mother, I know I have set the expectation for my children to pursue with determination and excellence whatever they want to be, do or have. Though I recognize that sometimes our dreams evolve as we do and I understand the grief associated with growth. In this case, my son’s knowledge grew to the extent that he has had to grieve his choice of career — because to be a brown cop is equally, if not more, dangerous than being born brown.

I’ll continue to challenge and encourage my boys to be the best at whatever they choose to be and if he decides not to be an officer of the law, it’s alright with me. The police officers who have taken the lives of unarmed black men and those who sit by and do nothing to change the culture are dream killers. That’s not something my son aspires to be.

Tiffany T. Huff-Strothers is a wife, mother, award-winning author, speaker and mentor for women. She can be reached @thetiffanyhuff on social media or Tiffanyhuffexperience.com.