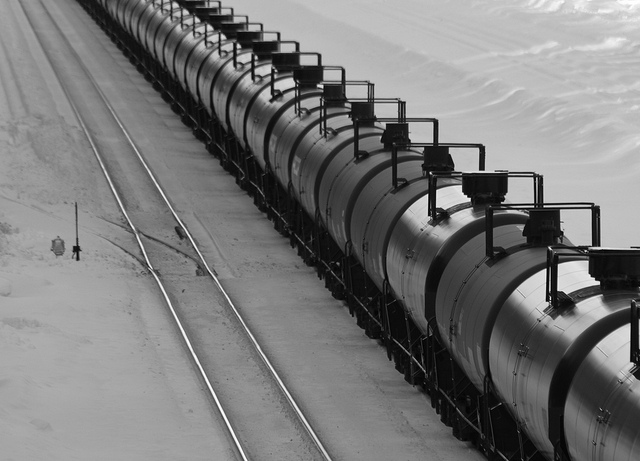 Since early February, there have been at least four train derailments in North America carrying crude from North Dakota’s Bakken Shale. These accidents have sparked increased calls from citizens, the rail industry and lawmakers for the federal government to increase safety regulations.

To keep up with these incidents, PublicSource will provide a roundup of stories every week.

Under new safety laws passed by state regulators in North Dakota, oil companies now must remove certain liquids and gases before shipping, according to the Associated Press.

For the first time, the Energy Information Administration is tracking crude-by-rail movements across the U.S.

Here’s a graph from their website that shows the flow of oil in the U.S. in 2014 (notice how much is coming into Pennsylvania from North Dakota’s Bakken Shale — it’s the fattest green arrow.​

Here’s a gif The Washington Post put out using these maps to show how crude-by-rail has increased since 2010.

Check out the data.

Harrisburg city council members discuss the secrecy over “bomb trains” and urge federal and state agencies to speed up efforts to minimize derailments, according to The Patriot News.