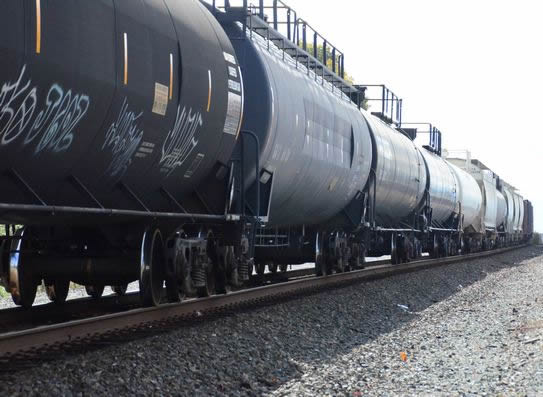 U.S. Sen. Bob Casey (D-Pa.) asked CSX and Norfolk Southern railroads to slow oil trains down to 35 mph through cities with populations of 100,000 or more. Gov. Tom Wolf previously proposed the same speed reduction. Crude oil trains also move through midsize cities, including Harrisburg, Altoona and Reading, which all have populations under 100,000.

As the North Dakota oil boom slows due to a dip in oil prices a Delaware oil refinery is looking to source crude oil from overseas.

A group of mothers in Rochester are fearful of oil trains coming through their area because of deteriorating tracks and infrastructure, lack of government oversight and trains moving too fast through communities.

BNSF Railway said two July derailments on their tracks in Montana happened after heat caused rails to come out of alignment. Both accidents resulted in spills and caused $3 million in combined damages.