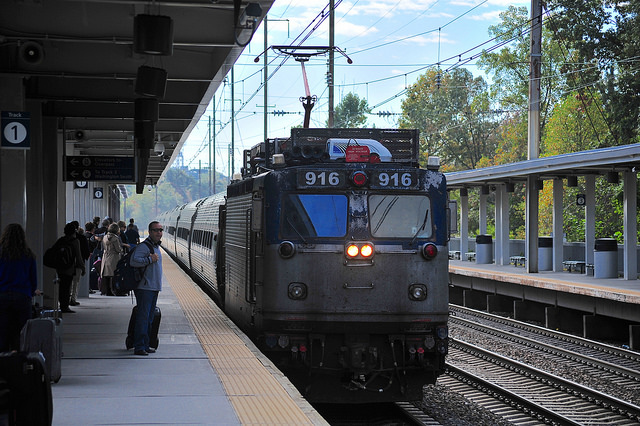 Under a 2008 law, railroads are required to install Positive Train Control (PTC) by Dec. 31, but a bill now on the Senate floor has a provision that could delay the implementation for three years. The National Transportation Safety Board said PTC could have prevented the Amtrak 188 derailment in Philadelphia. Today, U.S. Sen. Bob Casey, D-Pa., announced that he will file an amendment to remove the provision to delay PTC and to fund its installation with $500 million.

A proposal to divert freight traffic from New Orleans’ Black Belt to the passenger line Middle Belt, which passes through four neighborhoods, was voted down unanimously, according to The Times-Picayune. The council considered it a “social justice issue.”

An Amtrak spokesman told The Star-Ledger that an overhead powering issue at the New York terminal only allowed three trains to pass through the Hudson River Tunnel at a time, causing significant delays. According to The Star-Ledger, the overhead wiring is more than 80 years old and the railroad can’t afford to replace the system.

The U.S. Department of Transportation is investigating American, Delta, JetBlue, Southwest and United Airlines for inflating the costs of flights following the Amtrak 188 derailment.

In February, a CSX train carrying three million gallons of Bakken crude derailed and exploded. The U.S. Environmental Protection Agency ordered CSX to monitor the effects after the cleanup. While soil was removed for disposal, the drinking water appears untainted. CSX continues to sample the air, water and soil, according to the Associated Press.