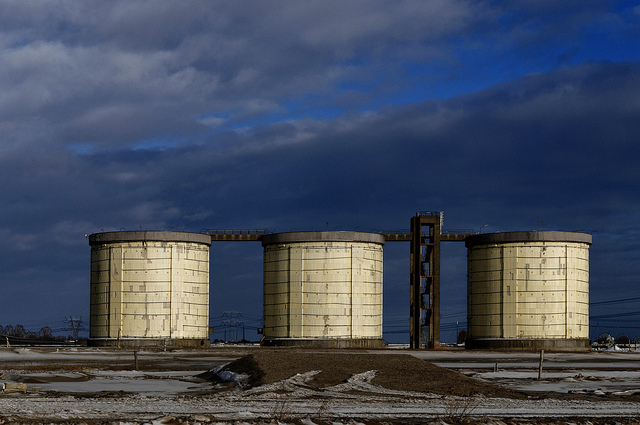 The Environmental Protection Agency has banned the practice of funneling fracking wastewater through public sewage plants nationwide — formalizing former Gov. Tom Corbett’s 2011 request to the industry to voluntarily stop it.

The EPA established the new rule on Monday to address the potential of polluting the water supply with wastewater from hydraulic fracturing.

Residual water left over from fracking can contain high levels of brines, or salts, along with heavy metals and radioactive additives. While recycling wastewater eliminates the need to immediately remove it, municipal plants are not designed to handle flowback contamination, especially from radioactive components.

Since 1979, the EPA has regulated wastewater from onshore unconventional oil and gas [UOG] facilities that directly affected the water supply, but industries that disposed of water through sewage plants fell through the cracks since the municipality treated the water — contaminated or not — before it reached the public.

Myron Arnowitt, Pennsylvania director for Clean Water Action, told StateImpact that operators did “not 100 percent” comply with Corbett’s request, but his directive was overall influential in forcing energy companies to find alternative methods of wastewater disposal.

“We are pleased to see EPA set clear rules to stop this practice,” Arnowitt said. “Pennsylvania residents have learned the hard way that when the oil and gas industry is allowed to use sewage plants as their dumping sites our water becomes undrinkable.”

API spokeswoman Sabrina Fang said the ban will eliminate an option of wastewater disposal that could be safe in the future and noted that most operators aren’t dumping into sewage plants.

From an email to StateImpact:

In a dynamic, innovation-driven industry like energy, we should not shut the door on technological improvements that have the potential to pay environmental and economic dividends for years to come,” said Fang.

While the EPA stated on its site that operators are not currently sending wastewater to sewage plants, the agency maintained that UOG extraction facilities have disposed of by products this way before, and it may become an attractive method once again.