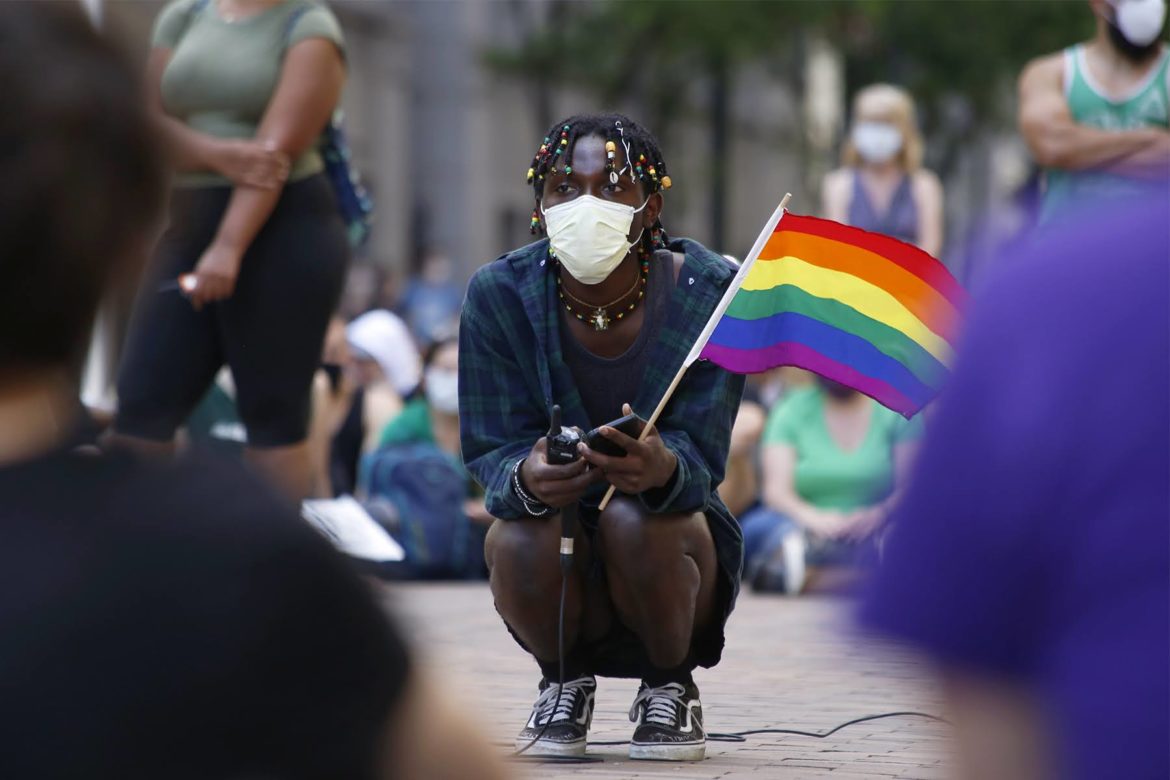 Nick Anglin, 18, pauses for a 16-minute moment of silence — one minute for every Black trans woman killed in 2020. (Photo by Ryan Loew/PublicSource)

About 200 people took to the street Saturday afternoon in front of the City-County Building Downtown for a protest organized by Black, Young and Educated that turned into a march by the evening.

The event continued the daily string of protests that has gone on for three weeks in Pittsburgh following the killing of George Floyd, a Black man, while in police custody in Minneapolis.

This demonstration is part of the Civil Saturday series of protests from BYE, an activist group made up of local teenagers. Much of the day’s demonstration focused on Black transgender people and Black intersectionality.

Nick Anglin, 18, read the names of every Black trans woman killed in 2020, followed by a 16-minute moment of silence — one minute for each name read. 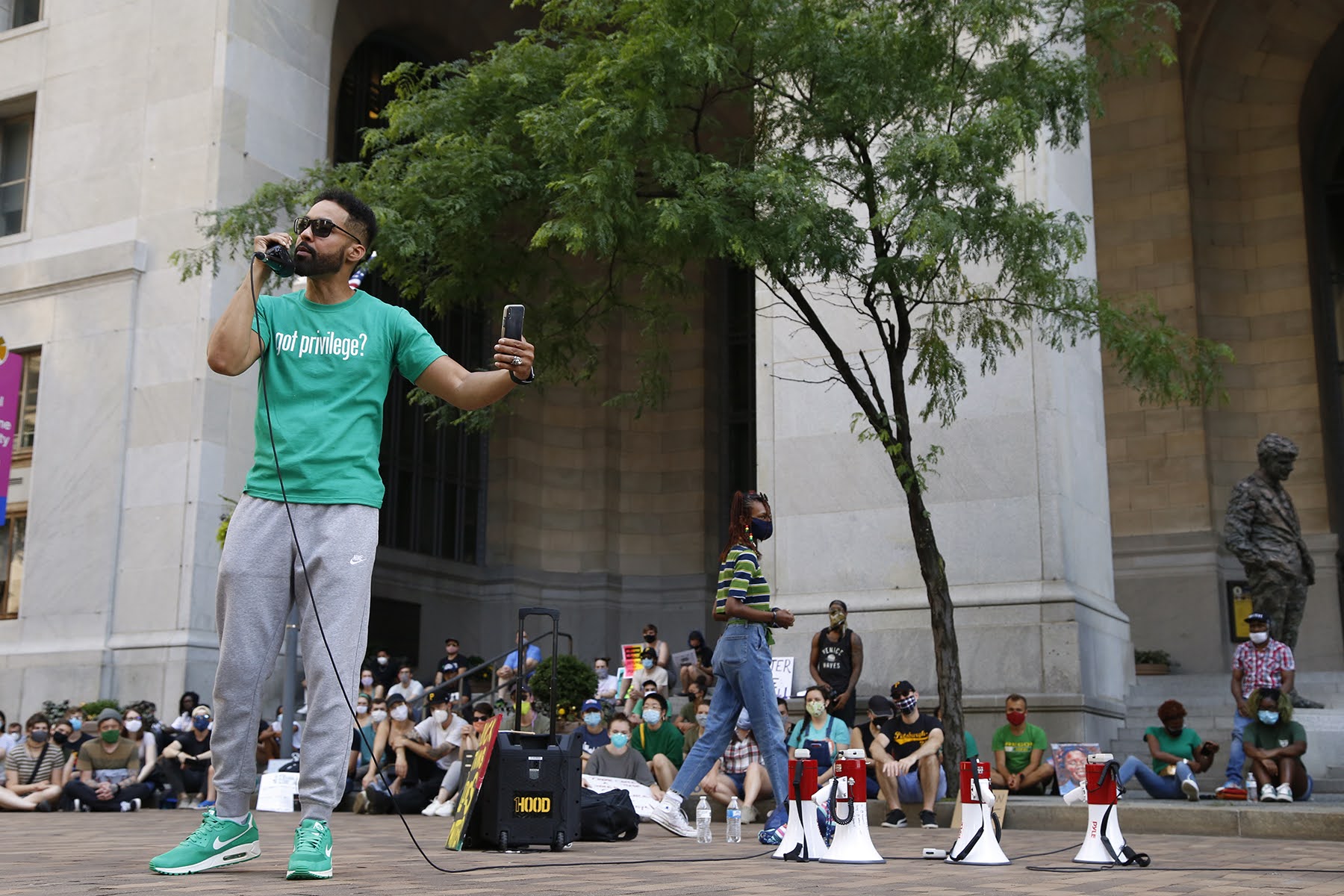 “We’ve had enough symbols,” he said. “We need some substance.”

Much of the event was spent doing organized chants. A few times, those with megaphones would instruct each side of the crowd to chant separate, related phrases. At one point, the left side chanted “defund the police” and the right chanted “refund the people’s peace.” 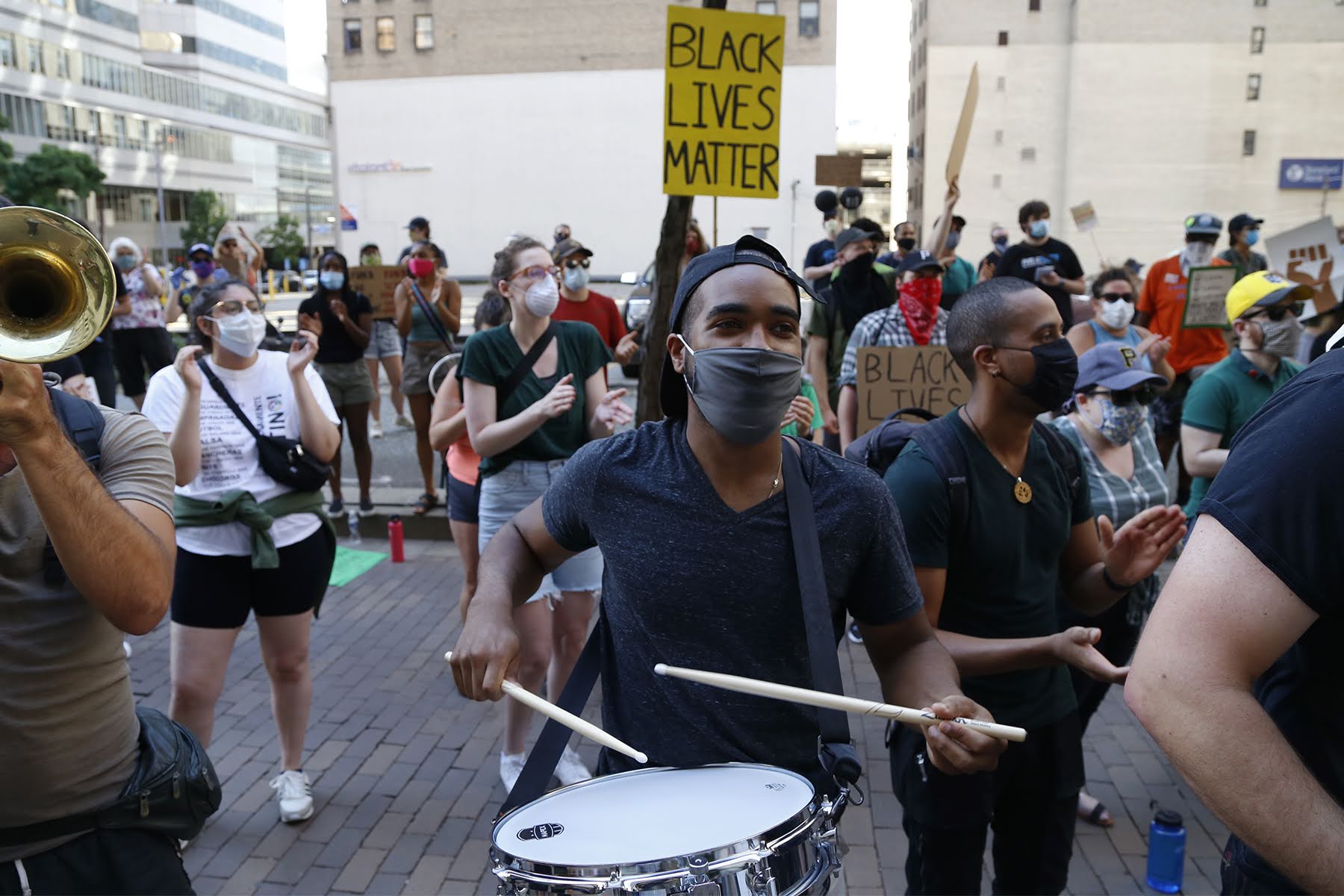 Devante Brown, 25, of Wheeling, W. Va., (center) plays a snare drum during a demonstration organized by Black, Young and Educated on Saturday. (Photo by Ryan Loew/PublicSource)

Later, organizers allowed anyone who wished to grab a microphone and speak. One man, Malik Abrams, from Homewood, used his time to sing. Another, Cory Roma, 20, noted he was 12 when Trayvon Martin was killed.

“We have been dealing with this long enough, and it’s time that we end it,” Roma said.

Keely Savage, a white woman, also volunteered to speak and urged other white people to use their privilege to fight for the rights of Black people.

“We need to come together,” she said. 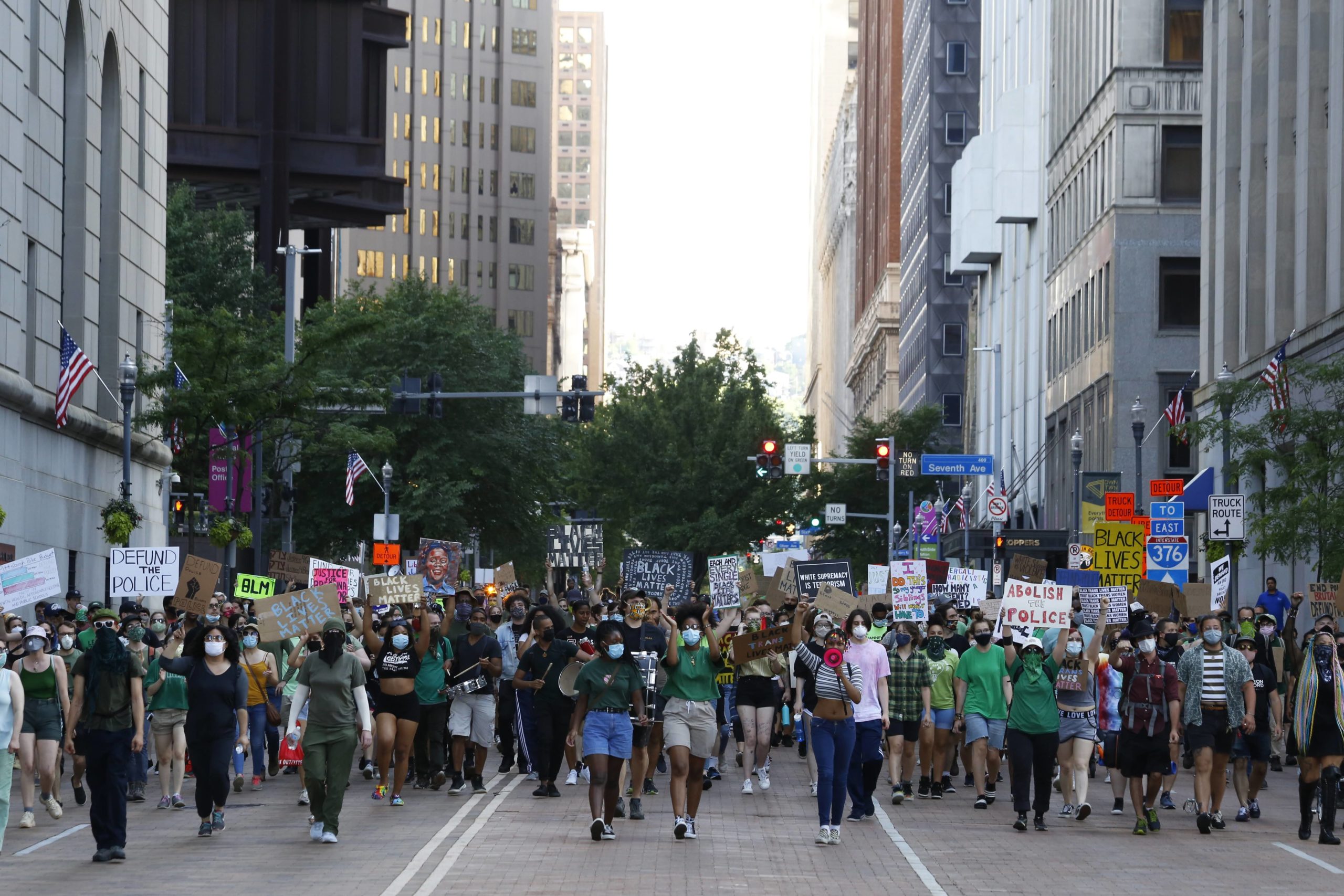 After 6 p.m., the protestors began to march down Grant Street before making a circle back to the City-County Building, pausing for a while on Fort Pitt Boulevard. For much of the march, the crowd sang the iconic protest song “Which Side Are You On?”.

When the crowd reassembled at the City-County Building, Anglin said they plan to host another event next weekend.