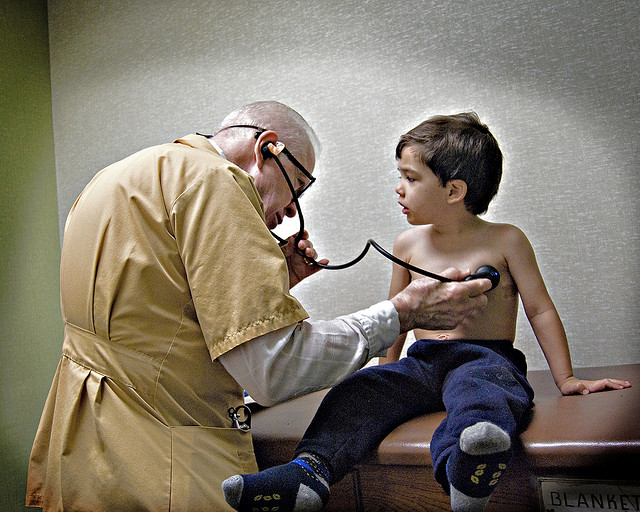 A car ride to the clinic is typically the last thing any person with a stomach ache or a cold wants to do, so several companies are developing smartphone apps that eliminate this inconvenience by returning to the old-school practice of house calls.

Marketing the apps as “Uber for health care,” the options available to select cities across the country all offer some variety of mobile health service.

The Wall Street Journal looked at five of these startups. They examined the services, level of care and pricing of the on-demand doctors.

Heal, based in California, sends a medical assistant driver and a doctor to a patient’s home in under an hour for $99.

Pager, in New York City, charges $200 to send a doctor or nurse practitioner to homes in all five boroughs via Uber, the ridesharing app.

Minneapolis-based RetraceHealth uses video conferencing to consult with patients and only charges $50. If in-home throat swabs or blood draws are necessary, it costs $150.

MedZed patients in Atlanta have a nurse perform an in-home preliminary exam. After that, he or she video-calls the doctor, who provides a treatment plan for $150.

Finally, True North Health Navigation, based in Denver, provides care to 911 callers “as an alternative to a costly ambulance ride to the ER,” according to the Journal. True North goes to the scene with paramedics, and, based on the injuries, the caller can choose treatment for $200 to $300 or a $3,000 trip to the emergency room.

The prices are mostly static because the apps don’t accept health insurance. Patients can submit out-of-network claims or pay through a health savings account.

Advocates of the typical doctor’s office or urgent care situation claim that at-home medical practice could be performed in unsanitary conditions or poor lighting, citing that people at least know that the doctor’s office is supposed to be clean.

They also worry that calling doctors “like taxis … will interfere with doctor-patient relationships” and interrupt regular health care, but the companies promise that they will send reports to the patient’s physician if requested.

Some of the services provide on-site health checks, which include cholesterol, blood pressure, blood sugar and other tests for general wellness. Pager charges $75 for such an exam.

Pager told the Journal that a typical patient “is a young mother with one sick child and others she doesn’t want to bring along to the doctor’s office too or leave at home.”

As for the long-term costs, the Journal writes:

Analysts say it’s unclear whether many of the new on-demand services will reduce costs for those chronically ill patients—or mainly make it more convenient for the healthy and wealthy to get care they could have gone without.

According to the Journal, house calls comprised 40 percent of all doctor’s visits in 1930, but in 1980 they made up less than 1 percent.

But in-home care is starting to be seen as cost-efficient again—particularly for the most expensive patients. A pilot project providing in-home care for 8,400 Medicare patients with multiple chronic-conditions cut costs by more than $3,000 per patient, the agency reported in June.