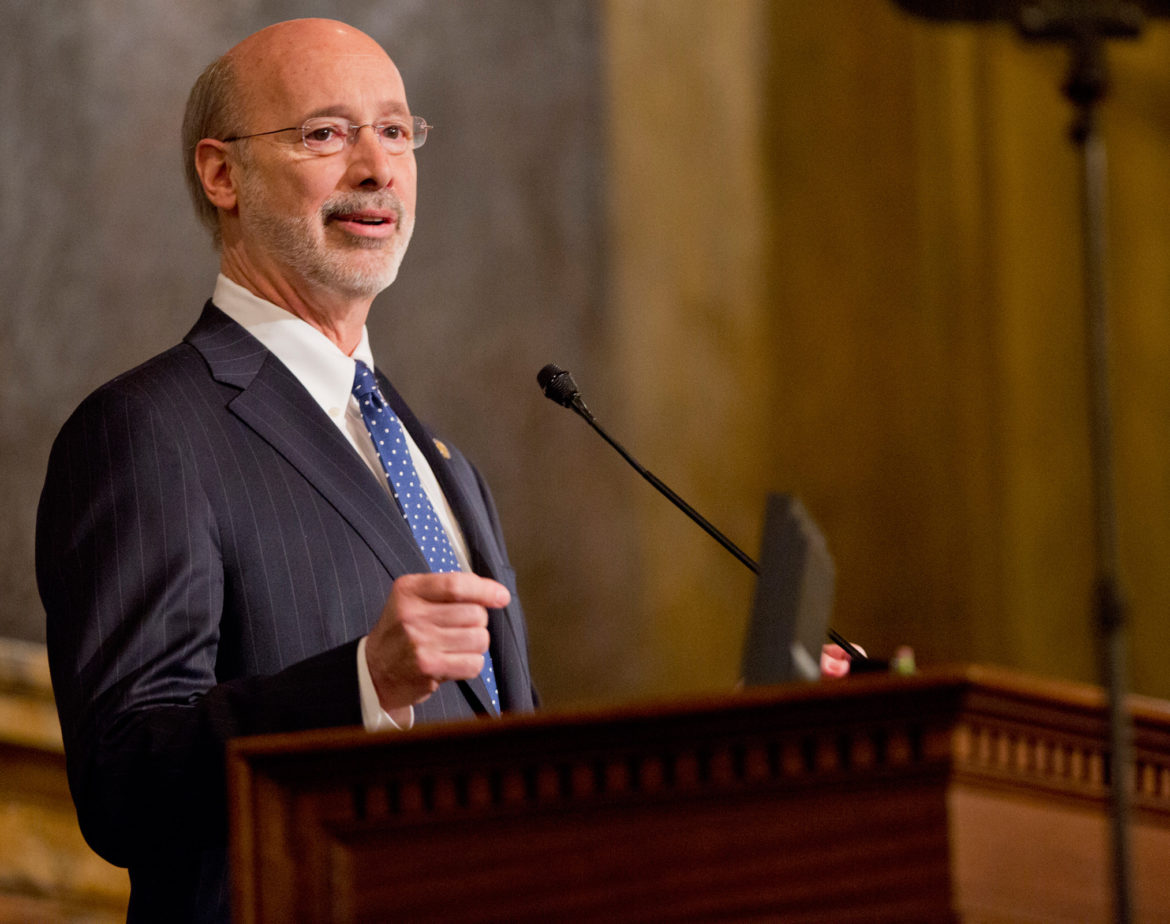 Since Gov. Tom Wolf announced his ambitious budget proposal that would rework Pennsylvania’s tax structure, you may have simultaneously heard you will be better off and worse off under his proposal.

PublicSource created a tax calculator for residents in Allegheny County specifically so you can explore how the Democratic governor’s plan would affect you, without any political spin.

Wolf’s plan would raise the state sales tax from 6 to 6.6 percent and the state income tax from 3.07 percent to 3.7. It would also allocate $3.8 billion to reduce property taxes.

Allegheny County has a one percent local sales tax in addition to the state’s 6 percent, so its sales tax would increase from 7 percent to 7.6 percent. Since homeowners pay most of their taxes in property taxes, a PublicSource analysis shows that most Pennsylvanians would be better off under Wolf’s proposal with one large caveat.

In addition to raising the sales tax, Wolf’s plan would expand the sales tax to include 46 more categories of products and services.

You may be worse off, perhaps much worse off, under Wolf’s proposal if you spend money on those products and services, such as having a child in college, a family member receiving nursing care or an infant in daycare.

The new sales tax on goods and services would cost state taxpayers nearly $1.2 billion. That’s three times more than the state will raise by increasing the tax rate for its 12.8 million people.

Under the homestead exemption, a property’s assessed value can be cut, at most, by half of the median assessed value of all primary residences, or homesteads, in a district.

The state never had enough money for the maximum homestead exemption until now.

The basis of Wolf’s plan, and the reason he can say he’s lowering taxes, is that most homeowners pay more in property taxes than they do in income or sales taxes.

And in Pennsylvania’s poorest school districts, property owners may be taxed at higher rates than wealthier districts, even if their homes have lower assessed values.

A house with an assessed value of $37,500 in the Clairton City School District, for example, pays the same amount in property taxes as a house worth more than three times that in the Chartiers Valley School District.

Wolf’s plan would correct that by sending more state dollars to the state’s poorest school districts so they could reduce the property tax rate or eliminate property taxes.

The $3.8 billion that Wolf would set aside for property tax relief would be divided among the state’s 500 school districts to fund property tax rate reduction and the homestead exemption.

Renters who earn $50,000 or less will get a $500 rebate under Wolf’s plan. However if that applies to more than one person in an apartment, only one person may claim the rebate, according to Wolf’s proposed budget legislation.

At the core of Wolf’s plan, a reduction in property taxes would be greater than the amount of extra income and sales taxes most Pennsylvanians would have to pay.

They would pay about $791 less under Wolf’s proposal, not including the new sales taxes.

The PublicSource calculator allows you to see what you would pay. Many people come out ahead under Wolf’s plan before adding up the new products and services that will have sales tax applied to them.

Albright said the Wolf administration wanted to limit the sales tax exemption to the bare essentials: “We think that food, clothing and prescription drugs are essential commodities that shouldn't be taxed.”

Other than that, they didn’t make many exceptions.

And the problem is that nearly every Pennsylvania resident uses at least one service or buys at least one product among those categories.

The burden, in some cases, could be immense.

The average monthly cost of long-term nursing care is $5,210, according to the governor’s budget. For a family supporting someone in a nursing home, the taxes on that yearly $62,520 bill in Allegheny County would be $4,752. Families paying for nursing care would be much worse off.

“We were frankly stunned,” said Ron Barth, the president/CEO of LeadingAge PA, an association of not-for-profit senior service providers. “This is serious tax increase on people who are usually on fixed incomes.”

He didn’t see how Wolf’s plan worked out for any family with someone in a care facility or who’s cared for at home.

“In some ways it's counterproductive because more and more people would end up on the Medicaid program,” Barth said. “If you put a tax on the people already burdened by private pay, they’re just going to run out of money that much sooner.”

For parents with a child in college, Wolf’s plan to tax student fees, meal plans and textbooks would make college even more expensive in the state.

At the University of Pittsburgh, there are mandatory fees of $900, the middle-tier meal plan costs $4,600 per year, and the College Board said that the average cost of books and supplies nationwide is $1,200 annually.

On Thursday, the Pennsylvania State System of Higher Education agreed to freeze tuition at all 14 state-owned universities if the governor's budget passes, which gives the system an additional $45.3 million.

Prior to the announcement, Albright said the administration hoped a tuition freeze would offset the new sales taxes on students.

For middle-class working parents with an infant in a daycare center, Wolf’s plan will likely cost you more. The average yearly cost of daycare in Pennsylvania is $10,470, according to Child Care Aware of America. That would cost an additional $796 in taxes in Allegheny County.

The nation’s average monthly cable bill in 2011 was $86, according to The NPD Group, a market research firm. The yearly sales tax on that average bill would be an extra $78 in Allegheny County.

If you want to avoid paying sales tax by ditching cable, digital downloads from Netflix and other services would also be taxed under Wolf’s plan.

“Those are activities in a 21st-century economy that could have never been anticipated,” Albright said.

It’s easy to see how even if you use just a few of these new services that would be taxed, you could quickly burn through the hundreds of dollars you might save through property tax relief.

In the end, Wolf’s proposal will be at the mercy of the Republican-controlled Legislature.

“The legislature is going to come up with their own spending,” said Nathan Benefield, vice president of policy analysis at the Commonwealth Foundation. “They can take the tax changes piecemeal, do a modified version of this plan or do none of it.”

For the latest on state budget matters, come back to PublicSource. We'll be posting important updates daily.