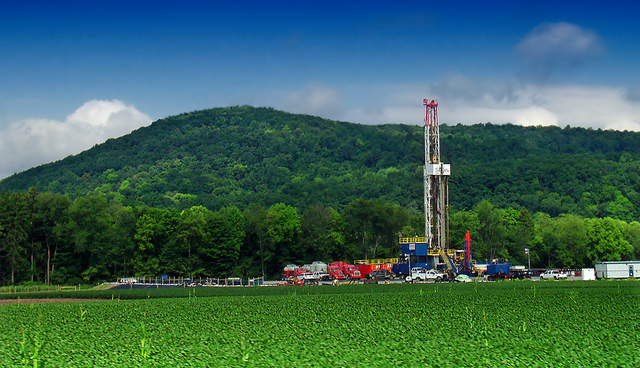 The state Pipeline Infrastructure Task Force, which was formed by Gov. Tom Wolf in May 2015, issued a 658-page report today with 184 recommendations from more than 150 stakeholders, including environmental agencies, landowners and pipeline representatives. The recommendations include better communication about pipeline plans, more transparency and a streamlined permitting process.

Despite being the second biggest producer of natural gas in the country, Pennsylvania hasn’t — until now — come up with a strategy to integrate those resources into the economy.

“Drilling for natural gas in Pennsylvania has far outpaced the development of the infrastructure needed to get that gas to markets,” the report reads. “Pennsylvania has the opportunity to take a national leadership position in demonstrating how smart planning can achieve environmental and business ‘win-wins.’”

Of the 184 proposals the task force’s 12 working groups came up with, the final report lists six areas that need improvement and two key recommendations for each. Pennsylvania Department of Environmental Protection [DEP] Secretary John Quigley said the 12 total recommendations will become priorities.

Recommendations regarding the need for better communication among all parties topped the list. They suggested early coordination with private landowners and better public education on pipeline development.

In the past, Quigley said, “not all companies engaged with host communities as they should.” He added that use of eminent domain to negate landowners’ private property rights was “the source of a great deal of turmoil.”

“The report is a call for everyone to do better,” Quigley said. He added that pipeline companies should want positive relationships with residents because anti-pipeline groups can easily “throw sand in the gears.”

“The incentive [for businesses], I think, is finding a streamlined process,” Quigley said. “It’s good business.”

During a webinar to present the recommendations, Quigley also stressed the importance of simplifying the permitting process.

Quigley said that these recommendations were not only “near and dear to his heart,” but are also on Wolf’s agenda.

Each of the recommendations denotes an organization to lead it; the DEP is the lead agency for more than half of the proposals.

“Pipeline infrastructure buildout will be an immense challenge to an already strained agency,” Quigley said, adding that the DEP has 640 fewer staff members than it did about 10 years ago.

Many of the task force’s recommendations revolve around the PA1 Call System, a nonprofit that keeps track of excavation and pipelines throughout the state.

“The public’s need for basic information about basic pipeline data is a matter of public interest and safety,” the report reads. “When the public is more aware of pipelines around them, they are more apt to avoid encroachment and activities that may create certain unsafe situations.”

Quigley said there is no set timeline for instituting any of the recommendations. He was careful to note that the report is not a regulatory document, but instead a list of suggested actions going forward with Pennsylvania’s “latest wave of natural resource extraction.”

“[We want] to make sure this wave of development is done responsibly,” Quigley said. “It’s going to take as long as it takes.”