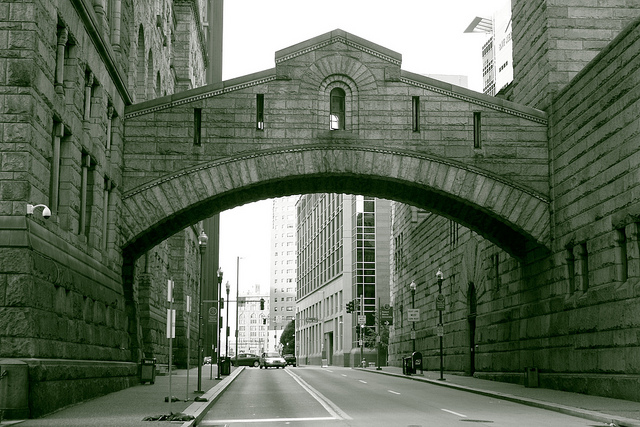 Minority populations in the Pittsburgh region appear to be keenly aware of what is and isn’t being accomplished on the diversity front, according to a new PittsburghTODAY survey.

The survey results also illustrate a sense of comfort with current diversity levels and even some resistance to further diversity efforts by those who fall in the majority.

PittsburghTODAY, in partnership with Vibrant Pittsburgh and the University of Pittsburgh University Center for Social and Urban Research, surveyed 3,500 Southwestern Pennsylvania residents about diversity in the workplace, the region and the neighborhood to produce the Pittsburgh Regional Diversity Survey.

The results showed that, in general, whites, men and heterosexuals felt diversity was at a high level, while minority populations felt that diversity efforts still needed a boost.

Not only do many in the majority feel enough is being done, but they’re also suffering from diversity fatigue. According to the survey:

Heterosexual residents are also more than twice as likely as gays, lesbians and bisexuals to say they are tired of hearing and learning about diversity.

The survey was broken into 11 sections, each taking on different facets of diversity. We’ve chosen three to highlight — racial and ethnic minorities, gender and sexual orientation — and you can access the rest of the report here.

According to the survey, the people in minorities who were surveyed said they do not feel welcome in Pennsylvania, do not find it easy to socialize with neighbors and coworkers and are not impressed by their employer’s efforts to increase diversity.

Almost a third of blacks said their employers were “highly committed” to increasing diversity. Comparatively, 55 percent of whites thought the same thing.

In terms of perception about opportunities, minority plays a factor but only a marginal one.

For many minorities, the disappointment in the lack of diversity extends beyond the workplace to their homes. According to the survey, only 20 percent of minorities surveyed thought their neighborhood was “very diverse.”

The lack of diversity often makes minorities feel less welcome in their neighborhoods. About a quarter of blacks and fewer than half of Asian or Hispanic residents said they felt welcome in their communities.

PittsburghTODAY attributes part of that to location within Southwestern Pennsylvania: Minorities make up a larger share of the population in Allegheny County than in the other counties included in the study.

Allegheny County residents, for example, are much less likely to see the region asvery diverse than those who live in the six other Pittsburgh Metropolitan Statistical Area counties: Armstrong, Beaver, Butler, Fayette, Washington and Westmoreland. Allegheny County residents are also less likely to feel the region embraces racial and ethnic minorities and diversity in general than those who live elsewhere in the MSA.

Despite feeling disconnected, only 2 percent of survey respondents said that would cause them to leave their neighborhood. More likely, a lack of advancement or pay raise at work, as well as the possibility of being closer to a spouse or loved one, would force them to relocate.

Overall, women surveyed valued diversity more than men, but were less likely to be satisfied with the degree of diversity in their lives.

In the workplace, 71 percent of women found diversity to be an important attribute in the workplace, but only 60 percent of men did. Men, however, were more likely to commend their employers for being “very committed” to hiring minorities than women.

The survey found there was little difference in the occurrence of wage increases, but only 46 percent of women were satisfied with the job compared to 52 percent of men.

Heather Arnet, chief executive officer for the Women and Girl’s Foundation, a regional group working to address social inequalities, said it is not surprising that women are less satisfied with their job.

In an email to PublicSource, she said:

I think that when women responded that they value diversity, their responses reflect a desire for a heightened level of fairness and equity in the workplace. Since every wage study ever done has exposed continued gender gaps across all sectors, we can certainly understand why women would feel less job satisfaction in a work environment that still is not treating them fairly.

Similar to the work environment, women value diversity in their neighborhood. Although they are less likely to describe their own neighborhood as diverse, more women see the Pittsburgh region as diverse than men.

Christine Bryan, director of marketing for the Delta Foundation of Pittsburgh, a nonprofit organization advocating for LGBT rights, told PublicSource the differences could partially stem from not knowing the level of acceptance at work.

Maybe some folks might not be comfortable at work with their whole selves. When you feel like you have to hide and watch your pronouns and can’t talk about your weekend, that puts up some barriers.

For Bryan, it seems that some people may have forgotten how inclusive the word diversity is.

Diversity’s a big word, and it encompasses a lot of people, and I think sometimes when people think of diversity in Pittsburgh, they think of the African-American community. But it’s so much more than that.

To fix it: Bryan says we should use this survey as a benchmark, and keep moving forward.