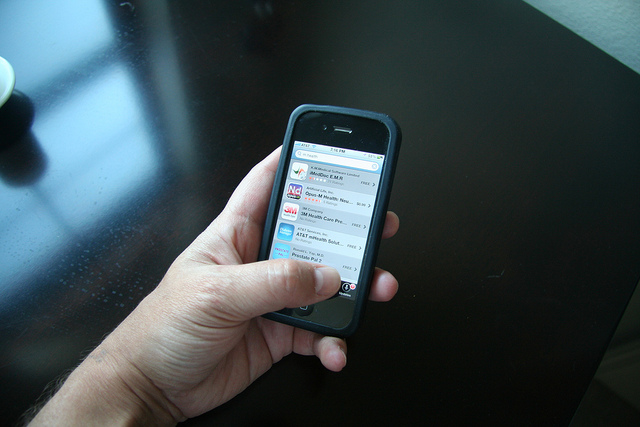 With more than 165,000 healthcare apps on the market, it’s possible you may have used one to check your heart rate, to get a daily reminder to drink water or to access exercise videos.

The Los Angeles Times reports that public health experts think mobile health apps have limitless potential to get people involved in their wellness.

Some apps take doctor visits completely out of the equation by relaying electrocardiogram [EKG] data or blood glucose levels directly to doctors. The Food and Drug Administration approves apps that monitor a person’s vitals.

However, apps that don’t directly manage a person’s vitals, which can include those that “provide tips for managing a chronic disease or alert asthmatics when they're entering an area with low air quality,” are not regulated or approved by the FDA, according to the LA Times.

"It's clearly a net positive, but I think there are risks to it," said Dr. Karandeep Singh, a professor at the University of Michigan who recently evaluated the quality and safety of hundreds of mobile health apps.

The LA Times interviewed Julie Hadduck, a Pittsburgh resident who, acknowledging a family history of skin cancer, used a smartphone app to check a mole on her daughter. Within seconds, the app showed there was a problem.

But when Hadduck took her daughter to a dermatologist, everything turned out fine. The mole was benign.

The apps are like “having a really bad doctor,” Singh told the LA Times.

People are increasingly looking to their phones for “medical guidance,” according to the article. Some doctors believe this may cause more problems, because the unregulated apps might not provide sound guidance, or any guidance at all.

They point, for example, to apps for diabetics that don't prompt them to call 911 when their sugar levels are dangerously low — low enough to send them into a diabetic coma. Worse, the app instead awards patients points for entering the data.

Another app, intended for use in people with depression or post-traumatic stress disorder, asks its users to log their moods. If they report a mood of “suicidal,” the app doesn’t offer help in the form of a prevention hotline or any other emergency authorities, Singh told the LA Times.

A study of an app that measures blood pressure found that it missed diagnosing “hypertension more than three-fourths of the time,” according to the article. Its developers fired back by saying the researchers tested blood pressure ranges “outside of those allowed by the app” and that the app was not meant for diagnosis or treatment.

Researchers also tested smartphone responses (from Siri and Google Now) to statements like “I am depressed” and “I was raped,” according to the article.

Their hypothesis was that people are more likely to seek help from the anonymity of their phones, rather than confiding in the authorities. They found there was plenty of room for improvement.

The LA Times reports that doctors and other experts don’t want to discourage this innovation in the app marketplace, but that simple fixes — like adding a 911 prompt — should become best practices.

The FDA does not actively monitor healthcare apps. The agency relies on complaints to “find apps that violate their regulations,” according to the article.