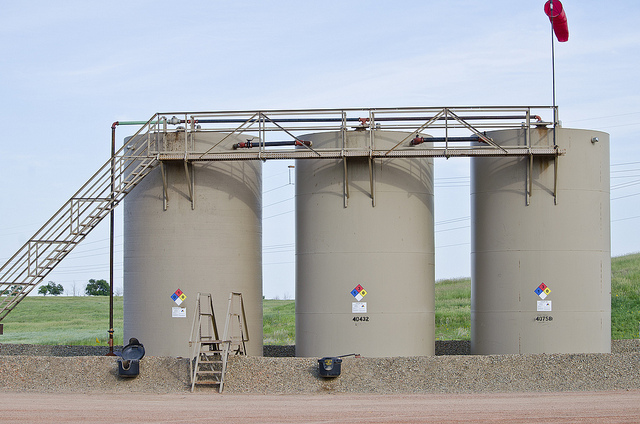 Workers in the oil and gas industry are routinely exposed to colorless and odorless poisons that put them at risk for sudden cardiac arrest, according to a recent report from the Centers for Disease Control and Prevention (CDC).

Hydrocarbon gases and vapors include propane, butane and pentane. These vapors rest inside oil tanks that workers manually monitor several times a day. In order to monitor the tank, the report explains that employees must open the hatch, which releases the buildup of hydrocarbon gases and consequently zaps oxygen from the air.

The CDC reported that low oxygen levels can “significantly impair central nervous system function,” and levels of less than 10 percent can “result in loss of consciousness and possible death within seconds to minutes.”

The report comes after a string of deaths from January 2010 to March 2015 in the oil and gas industry.

Regarding the deaths, the CDC report said:

The median age of workers was 51 years, and all were male. All of the victims were working alone at the time of the incidents and were found collapsed on a tank or catwalk, or at the base of the catwalk stairs. In at least five cases, the hatch was open when the worker was found.

The U.S. Environmental Protection Agency “mandated that all new tanks be outfitted with closed loop systems.” According to the Post-Gazette article, the new system led to more gas pressure build-up, and consequently, more release of hydrocarbon vapors when workers opened the tank.

The same article reported that the death of one Colorado oil worker in 2014 resulted from oxygen levels that fell from the standard 21 percent to 7 percent.

Nationally, 184,500 people were employed in the oil and gas extraction subsector in December 2015, according to the Bureau of Labor Statistics. StateImpact PA found that 33,137 employees in Pennsylvania are directly involved in oil and gas jobs.

To protect employees, the industry is looking into replacing manual monitors with automatic sensors that will eliminate the human element from checking the gas tanks.

The Post-Gazette article says these monitors are already being used by a few companies, but in the meantime, workers should only check the tanks when other people are present and allow the hatch to remain open for a few minutes before they begin their job.

Kyla Retzer, an epidemiologist with the National Institute for Occupational Safety and Health, a branch of the CDC, told the Post-Gazette that although the only deaths the center has researched so far are from west of Appalachia, “the team is also looking into a death of a tank worker found in West Virginia.”

The most important thing to do to prevent hydrocarbon inhalation deaths or health hazards is to keep the hatch closed.