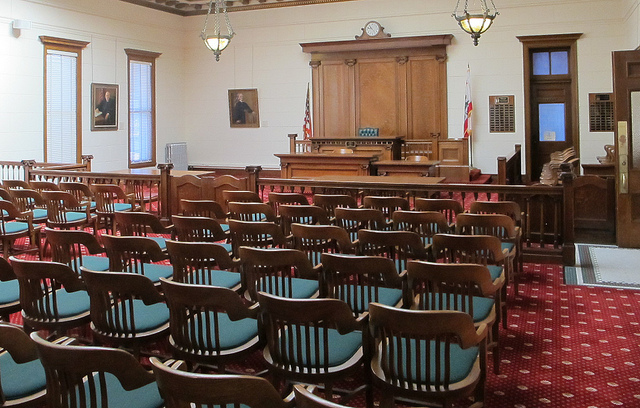 Using court records from five states, including Pennsylvania, the Innocence Project asserted in its latest report that courts often do not hold prosecutors accountable for their mistakes at trial.

The report states that judges rarely report prosecutorial misconduct, and, when they do, it often goes unpunished and unaccounted for in case outcomes.

Between 2004 and 2008, there were 660 reports of “prosecutorial error or misconduct” found in Pennsylvania, Arizona, California, Texas and New York combined. Only 133 of those were deemed harmful to the case and only one prosecutor was disciplined.

Its report found that courts were most likely to acknowledge improper argument — like arguing about facts that are not formally submitted as evidence — but rarely found the error harmful to the case. While they were likely to reverse cases where prosecutors failed to disclose exculpatory evidence, that which would be favorable to the defendant, this error was rarely found in the court documents.

The report, which was released on March 29, coincided with the six-year anniversary of Connick v. Thompson, a Supreme Court case in which $14 million awarded to a wrongfully accused man by a jury was thrown out.

John Thompson, who was accused of a 1984 armed robbery, sued Harry F. Connick, a former district attorney in New Orleans, for failing to reveal blood evidence that would have proven Thompson innocent.

The court agreed the prosecutors did not uphold their duty but said the district attorney’s office was not “deliberately indifferent” to the need to train its prosecutors, according to a New York Times article.

In response, the Innocence Project set out to question if, as the court ruled, the current system held prosecutors accountable for their mistakes.

It concluded that there was still a “critical need” for conversation and reform when addressing prosecutorial error and recommended practices such as enhanced training, increased transparency and internal review of prosecutor's offices.

In the report, 19 people who were wrongly accused due to prosecutorial error signed a letter to Eric H. Holder, the former attorney general of the United States; James M. Reams, president of the National District Attorney’s Association; and Roy Cooper, president of the National Association of Attorneys General. The letter asked what they intended to do to put a “check” on the power of prosecutors and misconduct in the courts.

“Together we represent hundreds of years in prison, separated from our wives, husbands, children, parents, brothers, sisters, grandparents and other loved ones, who suffered their own shame and wasted hundreds of thousands of dollars on lawyers and spent countless sleepless nights worrying about our well being… Each of us has worked long and hard to repair what has happened to us, but we will never regain the lives we had before we were wrongfully convicted at the hands of careless or deceitful prosecutors.”