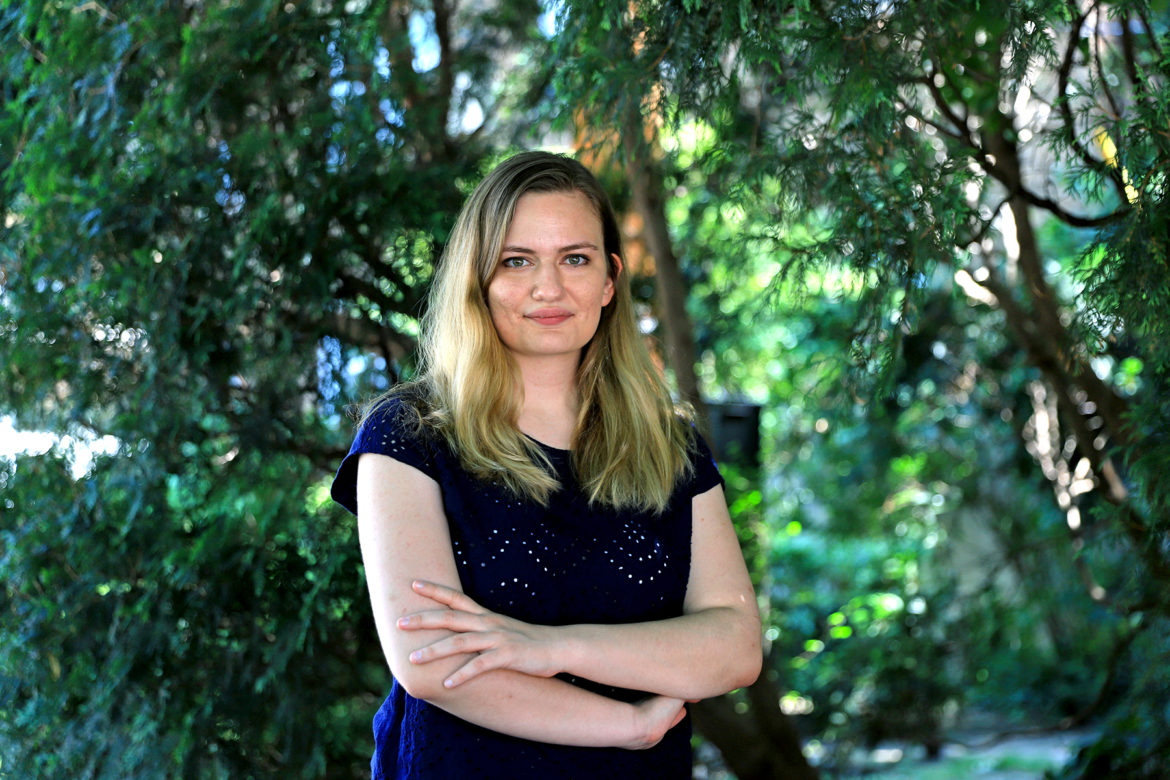 Ashley Lynn Priore is the founder, president and CEO at Queen’s Gambit, a national organization empowering communities through chess and strategy. She is a student at the University of Pittsburgh. (Photo by Jay Manning/PublicSource)

It all started in 2019 when I ran for the Pittsburgh Board of Education. I was 18 when I started my campaign. There was a lack of youth representation, and I thought it was strange that people who have not been in school for decades were making decisions for students who are facing very different educational challenges and innovations.

I also thought, given organizations like Young Democrats of Allegheny County and trailblazers like state Rep. Summer Lee, I would be at least cheered on by other young Democrats. However, I wasn’t the right kind of young that people were looking for. I wasn’t in my late 20s, and I was too ambitious for people’s liking. I was “too young” and should focus on “having fun” and “going to school,” according to one elected official.

My friend and fellow University of Pittsburgh student Kathryn Fleisher calls it “generational animosity” or a harsh divide between the ages that isn’t doing much good. I first met Kathryn in 2018 when Meredith Mavero of the Institute of Politics at Pitt encouraged us to meet. We are two strong young women trying to make a change in the region. Kathryn, now a senior double majoring in politics and philosophy and Gender, Sexuality, and Women’s Studies, founded Not My Generation, a gun violence prevention nonprofit, after the Tree of Life synagogue massacre.

“I think that young people have been made to feel as if their place in a room is conditional and that they are somehow doing someone a favor or, you know, they have a special appointment or a special seat or a special election or whatever it is,” Fleisher said. “And I think that that really breeds a lot of room for disputes and animosity and protectiveness over positions and over organizations, because the people who are there feel like they have to represent all young people.”

I knew too much about feeling conditional in a room. I founded a nonprofit at the age of 14, served on countless boards and just thought the feeling of conditionality was something that would pass over time. I never really thought about generational divides until people who were supporting millennials didn’t support me. I was too young. Still in school. It wasn’t my time.

I began to research more. I define youth as younger than 25. The term “youth” and “young people” means something different to every individual. There is a large divide between generation Z and millennials (aka people younger than 25 and people between 25 and 35). Millennials seem to be the right kind of young for many people — perhaps because they completed college and are ready to start their careers? But this is excluding a whole swath of the population who are having decisions made for them.

Take as an example Remake Learning, a network that supports the education of “young people navigating rapid social and technological change.” The Youth Voice Committee is led by an adult? A millennial? The Remake Learning Steering Committee has no youth on the board?

Ani Martinez, field director of the Remake Learning Network, confirmed the Youth Voice group was managed by a longtime youth voice advocate and facilitator. But, she added, “Young people were not only centered as key contributors, but were paid for their time and expertise.” She also referenced youth-led grant recipients, projects, panels and other events, such as lectures and workshops that Remake Learning has “championed, featured, and supported in various ways.”

It's one thing to engage youth in the ways outlined above. That's great, but it isn't enough. Why not have youth on the council?

Elijah Nichols, an undergraduate at George Mason University in Fairfax, Va., and the policy and advocacy director for Not My Generation, sees generational divide as a “conversation about accessibility.”

“The divisiveness that can come with generational divides is very prominent. However, at the end of the day, I think our work is a collective struggle for the liberation of all peoples from violence,” Nichols said, “whether it be within our streets, within our homes or even within the systems and structures in the United States.”

Nichols views important work, like fighting for gun reform, as a collective struggle. He believes Gen Z is made up of people who can make true progress on persistent social issues.

“I think there's power in being a young person because we have such different perspectives since we've grown up acknowledging different structures and looking at different pieces of the world and seeing how these structures can change.”

Why do young people, like myself, always need to step aside?

In 2019, after my school board run, I decided it would be my imperative to get more youth on nonprofit boards. If we can’t have a seat on the school board, why not start with educational organizations in the region? When I first approached organizations about this idea, it was often followed by, “Oh great, you’re interested in a youth advisory board!”

The “young professional boards” and “youth advisory committees” were established to address the lack of young people on boards, but they miss the mark. They still exclude people under a certain age, and they provide further separation between “big boards” (aka Board of Directors or Board of Trustees) who make strategic and financial decisions. When young people are excluded, it not only shows little to no trust in them, but also means the “big boards” are missing out on fresh ideas and perspectives.

Kathryn said she thinks these kinds of youth committees are “better than nothing.”

"Let’s stop creating barriers for people who want to make change. Nothing will happen if I just sit around and wait..." 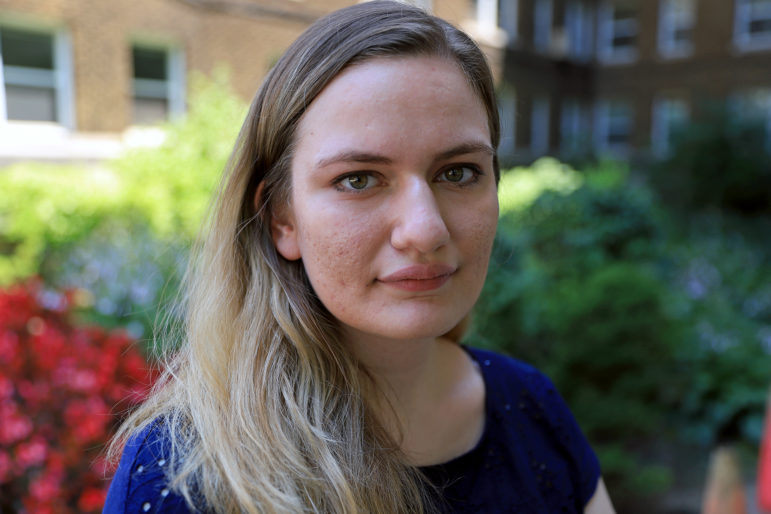 Zoe Terner, a rising junior at the University of Florida and executive director of program and strategy at Not My Generation, initially became involved in youth advocacy with the Union for Reform Judaism.

“Having a kids’ table is not the same thing as having actual kids at the table. And if you're actually invested in hearing youth voices and not just saying that ... you all join the room together because that's how you're going to be the most effective,” Terner said.

One argument in favor of young professional boards I typically hear is that it will allow the next generation to gain experience. However, young boards don’t handle large finances, provide strategic oversight or oversee organizations. This is not practice for the real world. We already know how to make decisions. We do not need practice on that.

“I think a lot of organizations need to take that more seriously and understand that creating a whole separate structure is not necessarily the best tactic when trying to steer young people,” Terner said. “...[W]e should really be ensuring that power dynamics are not being made in a negative way. And that's exactly what's occurring through these to an extent, through these youth councils.”

Youth are not just excluded from boards. It occurs in politics as well. People as young as 16 are paying taxes, but they can’t choose their elected officials.

Our contention with youth boards is not meant to downgrade people who currently serve on them. However, we want to note: There are so many other opportunities out there that you are missing. We – YOU – are capable of so much more.

I’ve been struggling recently with Our Next 75, the Allegheny Conference’s plan for Pittsburgh’s next 75 years. On the committee to oversee the initiative and host its events, there were no people younger than 25. There were no high schoolers who may actually be the leaders during the next 75 years. For these ideas to be successful, we need to have a seat at the table and “young” people older than 25 should not speak for us. I believe a diverse group of people on the Our Next 75 committee and others like it is key.

Ashley Lynn Priore is the founder, president and CEO at Queen’s Gambit, a national organization empowering communities through chess and strategy. She is a student at the University of Pittsburgh and can be reached at ashleylynnpriore@ashleylynnpriore.org.