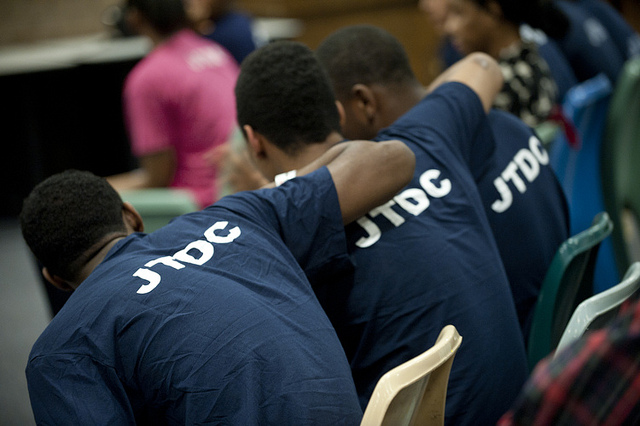 Last year, Pennsylvania ended the practice of putting juveniles on sex offender registries and is currently one of 12 states who only add the names of youths convicted in adult courts.

The Pew Charitable Trust reported that other states, such as Oregon and Delaware, are reevaluating policies that involve juveniles on sex offender lists in general, giving judges more power to decide who goes on them.

Sparking the changes are concerns that the juveniles’ names and photographs on the registry will make them targets of law enforcement. Once youth sex offenders turn 18 or 21, some laws immediately add them to adult registries despite the fact they were tried as juveniles.

Pennsylvania’s 2014 change is in compliance with the Adam Walsh Act, which requires more strict regulation from states.

From the Pew report:

In Pennsylvania, the state didn’t try to become compliant with the Adam Walsh Act until 2011, when it faced losing some federal dollars. But the law’s lifetime-registration requirement was overturned by the state’s Supreme Court in 2014.

The 38 states with juvenile sex offender registries vary in their requirements.

Sixteen states publish juvenile offenders’ names, addresses and photos on a website. In some states, youths may petition to have their name removed from a registry, although it can take more than a decade before they can begin the process. Some states add names to a registry for a set amount of time, while others keep offenders on the list until they die. As their photos are updated through the years, the offenders begin to look less like children and more like pedophiles.

Supporters of the juvenile registries reference the importance of public safety, also stating that they serve a purpose for families and victims.

Advocates of registry reform argue that the current laws are too harsh for those who are kept out of adult court, and that they make it harder for them to be rehabilitated.

States are progressively making changes. Oregon previously had all children under juvenile registries on the list for life. The state passed a law this year giving more discretion to juvenile judges. Now, a hearing is set after youths’ sentencings are complete so a judge can examine how they did during treatment.

In Delaware, judges now have the power to relieve juveniles under the age of 14 from the list, and also applies to those ages 14 to 17 who commit less serious crimes.