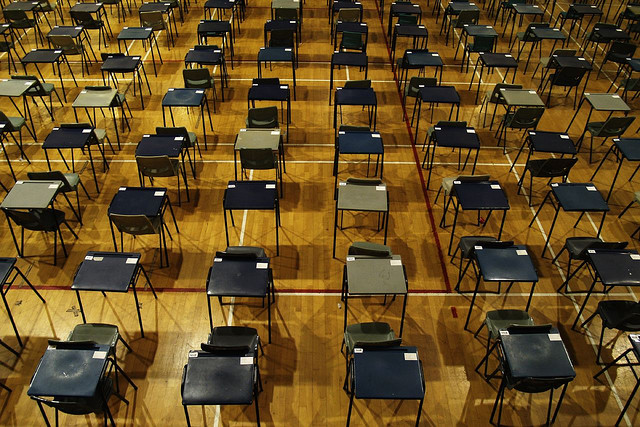 As more power is being given to state governments to lead the educational achievement of their students, the Pennsylvania state government continues to reel from a budget crisis that has had a negative impact on its schools.

The Community College of Allegheny County [CCAC] has not received its state appropriation of $32.5 million in six months, according to a Pittsburgh Post-Gazette article.

The Butler County Community College has used $2 million of a $3 million line of credit and has borrowed $1.5 million from campus bookstore funds.

Although the new budget could replace the overdue funds, Jim Buckheit, executive director of the Pennsylvania Association of School Administrations, said the delayed money will not replace the damage that has already been done.

“Millions of dollars in those repayments, the product of a political fight, otherwise might have helped a struggling school district hire an extra elementary teacher, bulk up a high school's guidance staff or buy new classroom computers.”

Even if all is repaid, the state and its schools are earning a reputation that could harm financial stability in the future, said Ron Cowell, president of the Pennsylvania Education Policy and Leadership Center.

“Even more costly, perhaps in the long run, is going to be the fact that the delay, the unpredictability and the low state support annually are causing [debt] raising agencies to downgrade the status of many educational institutions across the state, including the Commonwealth itself by the way.”

The Pennsylvania School Boards Association has sued state officials, saying they “acted arbitrarily” on what funding continued during the budget impasse.

Despite the recent drought of funding, Joyce Breckenridge, vice president of finance for CCAC, said the community college still has hopes the funds will come through.

“I’m confident our commonwealth is committed to higher education. They may have different views on how to get there. I’m confident at the end of the day everyone wants us to succeed.”

Gov. Tom Wolf has made education a major part of his platform. Last March, he announced in his budget address that he would make “historic investments in education.” He had a section dedicated to “reinvesting in higher education.”

“For higher education, Governor Wolf’s budget begins to restore cuts made to our institutions of higher learning by providing a combined $140.9 million more this year to our community colleges, state colleges and universities, and state-related universities. Today, just 48% of Pennsylvanians have a college degree or industry-recognized certification. But by 2025, 60% of good-paying jobs will require these credentials. Pennsylvania must close the gap.”

Last month, as the federal No Child Left Behind law expired, Congress approved legislation to put state governments, rather than the federal government, in charge of tracking and improving their students’ success.

No Child Left Behind was replaced by a new program — the Every Student Succeeds Act [ESSA] — which will begin in the 2017-18 academic year. As part of the ESSA, schools must create “academic plans” that prepare students for college or for entering the workforce. The ESSA only requires the state to take action for the lowest ranking 5 percent of schools.

Pennsylvania officials are still deciding how to implement ESSA, according to a Post-Gazette article regarding concerns about the new law.

Despite criticism of the former education law, not all Pittsburgh residents think ESSA is the best replacement. Cheryl Kleiman, staff attorney in the Pittsburgh office of the Education Law Center, told the Post-Gazette her office had some doubts.

“We are concerned that without federal oversight that the schools in Pennsylvania can overlook the needs of educationally vulnerable students.”