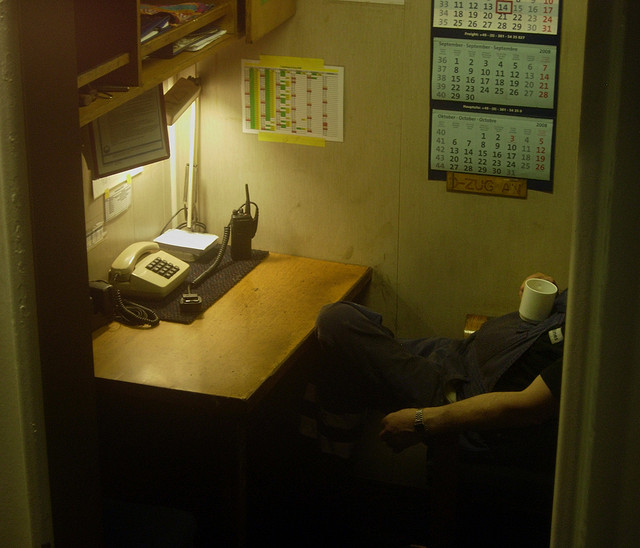 Armed security guards don’t go through rigorous background checks, which can lead to devastating consequences, according to two recent stories by Reveal, a project of The Center for Investigative Reporting.

The first story recounts what happened to Kijuan Byrd, who was shot and killed by security guard Lukace Kendle outside of Club Lexx, a Miami strip club.

Kendle was returning to his pickup truck to fetch his cigarettes when Byrd and his friend were exiting the pickup truck they parked next to Kendle’s. Then Kendle shot Byrd eight times.

Kendle had a criminal history, which he disclosed on his armed-guard license application, including driving under the influence, public drunkenness and shoplifting in Pennsylvania, according to the story. However, a mental health examination was not required before he was licensed to carry a gun in his capacity as a security guard.

Those convictions could have disqualified Kendle as an armed guard. But the state of Florida never found out about them.

As Reveal found in a subsequent story, there aren’t many states that require thorough background checks when licensing armed security guards.

Although more precise in many ways, it does not search for mental health commitments, restraining orders or other records that would prevent the applicants from carrying a gun.

According to Reveal, only 11 states use the FBI’s prohibited possessor check, which is run when a person purchases a gun from a federally-licensed gun dealer.

Federal law prohibits widespread use of the prohibited possessor database. But, according to the FBI, it’s allowed under certain circumstances, such as for some kinds of firearm purchases or vetting someone for a firearms-related permit.

Pennsylvania is one of four states that requires a mental health evaluation for armed security guards, just like police officers.

California currently has a bill in the works to require mental health evaluations of armed guards in the state.