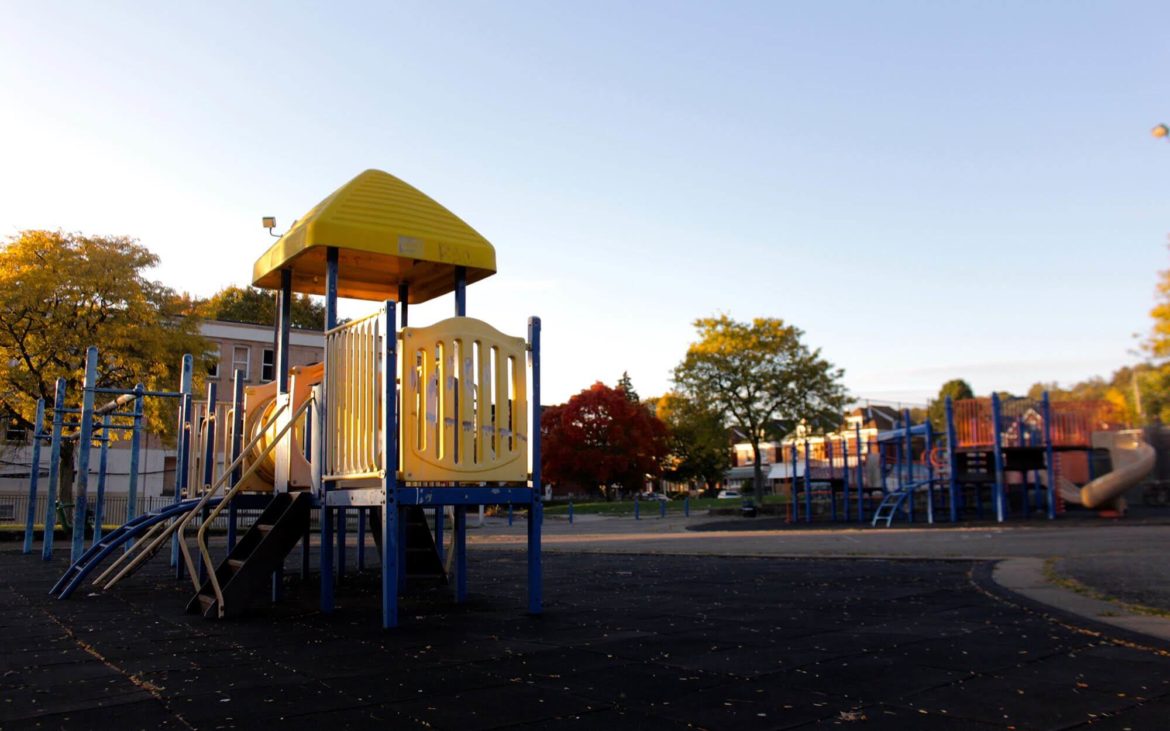 A children's playground at Baxter Parklet in Homewood. (Photo by Jay Manning/PublicSource)

Four Pittsburgh City Council members spoke out against a ballot initiative before voters on Election Day Tuesday that will pay for park improvements by adding a real estate tax.

At the end of Monday’s City Council meeting, Councilwoman Deb Gross warned residents that a “Yes” vote on the ballot measure would divert funding to a nonprofit organization with no governmental oversight.

“It doesn’t go away,” Gross said of the proposed tax. “The referendum does not have a four-year term limit.”

If approved, the ballot initiative would add a $50 tax on each $100,000 of assessed real estate to create the Pittsburgh Parks Fund. Homes worth less than $100,000 would also be subject to the tax, according to the Pittsburgh Parks Conservancy but would pay only a portion of it. The ballot question states that the initiative will “assure citizen participation and full public disclosure of spending.”

“We have an aging population,” Kail-Smith said. “This is going to absolutely hit our poor and elderly very hard.”

Kail-Smith described the initiative – billed in TV commercials as a way Pittsburghers can have access to a high-quality park regardless of their ZIP code – as exploitative and having been “crammed down our throats.”

“I think we’re taxed enough in our city,” he said.

Coghill and Harris both expressed doubts on how the money would be spent, if voters approve the ballot initiative.

“I don’t think the funds are going to be allocated in the right way,” Coghill said.

Pittsburgh has 165 parks that, according to city officials, are in dire need of resources. If voters approve the ballot measure, the taxes raised would increase funding available to rehabilitate city parks and create new ones for residents who don’t live within a 10-minute walk of a park.

A growing body of research shows parks play a critical role in a community’s health, and the Pittsburgh Parks Conservancy plans to prioritize park overhauls in vulnerable communities.

Jayne Miller, president of the Pittsburgh Parks Conservancy, has previously said that Pittsburgh’s park system is underfunded and lacks even “the resources to become more efficient.”

The fund is expected to raise $10 million yearly in public money, in addition to matching private funds.