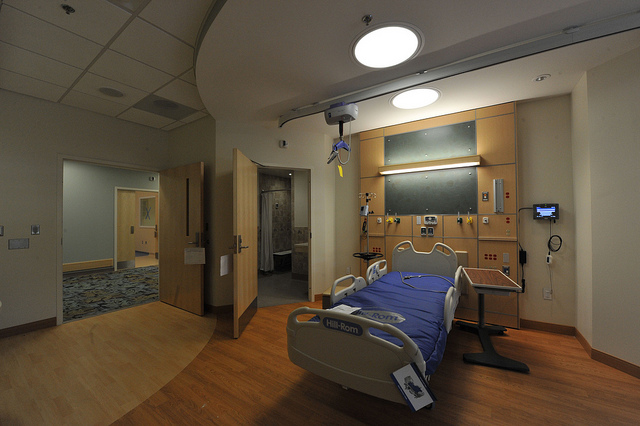 Pennsylvania is one of 13 states where some hospital patients could be billed 10 times higher rates than those paid by Medicare.

According to a story Kaiser Health News wrote about a new study published in the Health Affairs journal on Monday, Pennsylvania is among 13 states in which the 50 highest-charging hospitals in the nation are located.

All but one of the 50 hospitals are for-profit facilities. Nonprofit hospitals are required under the Affordable Care Act to offer discounts and charity care to uninsured and low-income patients.

The average U.S. hospital charges about 3.5 times what Medicare will pay, according to the story.

The majority of patients likely don’t pay the inflated costs, the study’s authors offered, but some uninsured and insured who seek care out of their insurer’s network could bear the full brunt of the charges.

“Hopefully this is a wake-up call for people to recognize there’s a problem,” said Gerard Anderson, a professor of health policy at Johns Hopkins Bloomberg School of Public Health, and one of the authors of the study, which analyzed 2012 Medicare cost reports.

“There is no justification for these outrageous rates but no one tells hospitals they can’t charge them,” Anderson said.  “For the most part, there is no regulation of hospital rates and there are no market forces that force hospitals to lower their rates. They charge these prices simply because they can.”

Half of the 50 highest-charging hospitals are owned by for-profit chain Community Health Systems, which has 199 hospitals.

Twenty of the highest-charging hospitals are based in Florida — where nearly 18 percent of its population is 65 and older, the highest concentration of elderly in the country. Consumer advocates told Kaiser Health News that might be the case because many of the state’s hospitals are for-profit institutions.

North Okaloosa Medical Center, a CHA hospital in the Florida panhandle, had the highest charges of all: 12.6 times Medicare’s rate.

In a written statement, CHA spokesperson Tomi Galin said CHA provided more than $3.3 billion in charity care, discounts and other uncompensated care for patients in 2014, as well as “millions of dollars in taxes that help fund critically important services in every community where we operate.”

The article does not list the 50 highest chargers; that can be accessed by paying for the study.

The study’s authors concluded with recommendations that hospital charges should be regulated on a state and federal level. Maryland and West Virginia have already set rates for hospital services to control costs.

Another suggestion was to require hospitals to disclose their charges, which would allow patients to compare prices.

Chip Kahn, head of the Federation of American Hospitals, however, told Kaiser that the study’s hospital price measures were biased. He said:

If the study had instead examined the actual payments by patients, they would have found that hospitals on the list charge just 1.3 times what Medicare pays, compared to a national average of 1.2, he said.