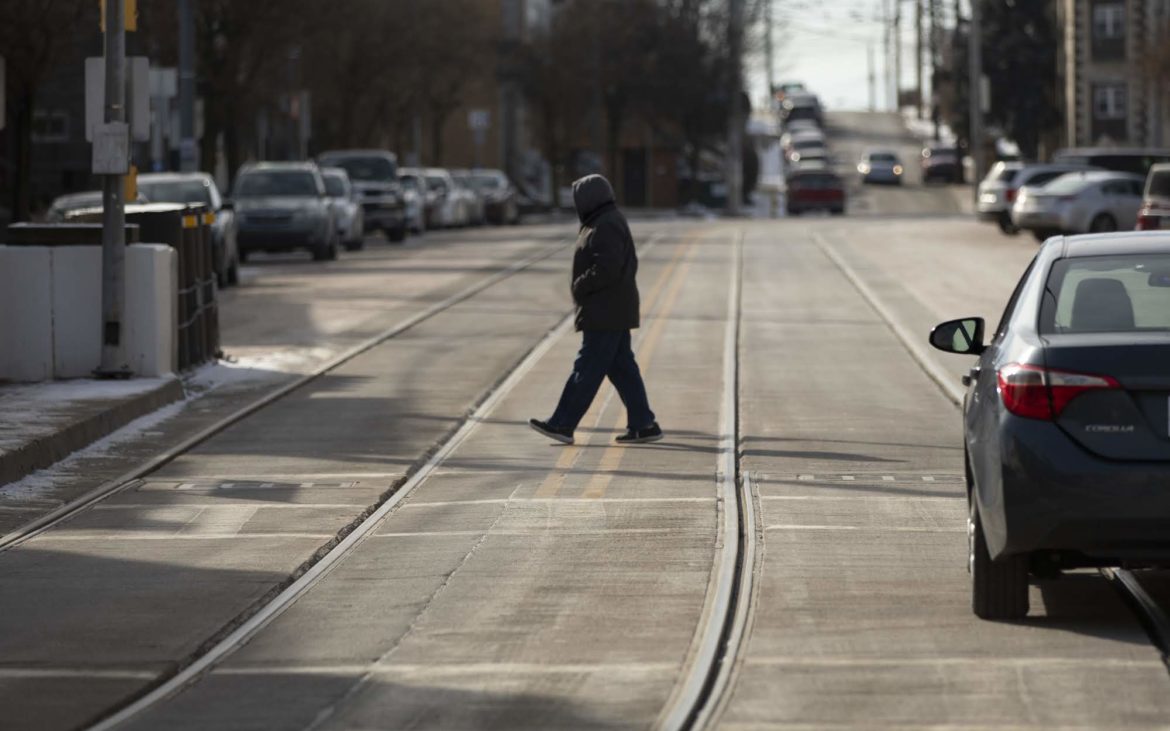 A pedestrian crosses Broadway Avenue in Beechview. Could nearby side street closures benefit residents on foot? (Photo by Kat Procyk/PublicSource)

My earliest memories are from 147th Street in Rosedale, Queens. Near the bustling Francis Lewis Boulevard, ours was a quiet street, lined with trees and modest houses with space to play in front and backyards.

Yet our playground of choice was the hard, gray concrete of the sidewalk and asphalt of the road, which seemed like an extension of our homes.

This was where all the block kids regularly met, where friendships were made, while our parents watched from the front steps or inside. It was where we learned how to watch out for each other, yelling “CAAARRR!” on what seemed like the rare chance that one would pass.

Over time, streets in the United States and elsewhere have increasingly been turned over strictly to car traffic, making scenes like this feel like far-flung memories. Yet some communities are shifting back, reclaiming asphalt for pedestrian use, often with innovative policies to make streets truly shared spaces.

In the United Kingdom, Bristol resident Alice Ferguson caught the attention of BBC News for her work to reinvent how neighborhood streets are used in the city of 460,000 residents. She led a campaign that simplified the process of closing down streets for frequent residential use.

According to the BBC, around 40 authorities in the United Kingdom have modified their permitting rules to increase the ease of more frequent closures, and the concept has recently been piloted in Toronto.

In the Netherlands, pedestrians regularly mingle with traffic in what’s called a “woonerf,” a shared street or square, where curbs, signs, painted lines and traffic lights are eliminated to open the street to everyone. Woonerfs exist by the thousands, akin to a more enhanced version of Pittsburgh’s Market Square.

Pittsburgh has also explored larger pedestrian takeovers in its OpenStreetsPGH events. Each summer, streets in selected neighborhoods are temporarily closed to vehicular traffic so residents can stroll and bike between communities. In the Complete Streets initiative, Pittsburgh is also studying and adapting the way streets are used to make them safer and more usable for all forms of transportation.

But given that our streets are one of our largest public assets, can we do more to use them? The city has already embraced some aspects of the open streets concept. There are models for increasing temporary recreational spaces on streets and open lots in cities like New York and Minneapolis. What would it take for residents to take greater advantage of streets on a regular basis, especially in areas with fewer play options, where streets could be connectors instead of barriers?

Thinking back to my memories of 147th Street, I see how different my 5-year-old’s play experience is today.

She said she thinks closing streets could increase safety and could also benefit neighborhoods like Carrick where households have limited yard space.

Due to topography and disjointed access to city parks, Coghill’s district includes areas that can be classified as “play deserts.” These are generally defined as areas that are more than a 10-minute walk from an open space such as a park or playground in good condition.

Despite a city goal for every home to be within a 10 minute walk to a park or parklet, about 16 percent of residents are outside that range, according to Pittsburgh Parks Conservancy, which is studying the issue but has not yet published comprehensive data.

Lifelong Beechview resident Phyllis DiDiano, 60, said she thinks closing portions of side streets near the neighborhood’s business district on Broadway Avenue could attract new businesses and increase a feeling of community.

“People come to me all the time and say how much they miss the sidewalk sales, for example. Being on the street doesn't have to be a grand affair,” said DiDiano, president of the Beechview Area Concerned Citizens community group.

DiDiano pointed out that a farmers market has already used a side street and, on Halloween, a  business hosted a well-attended party just off the business strip, bringing in a boxing ring, vendors, live music and food trucks.

“It all happened in a really small space, and people were on top of each other,” DiDiano said, “but the result was that we had to say hello to one other and everyone had a good time.”

She said she thinks streets near the neighborhood’s library branch and two parklets could also be candidates for more regular pedestrian use. 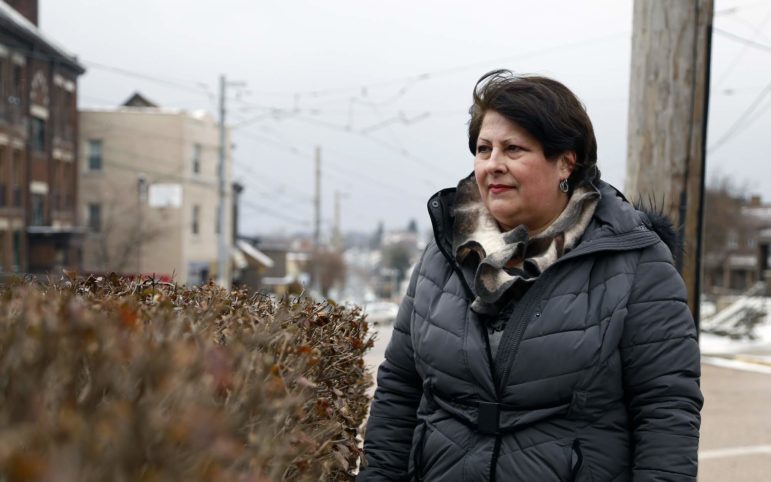 The hope is to make routes less dangerous to encourage walking and biking to school to promote physical activity.

Karina Ricks, Pittsburgh’s director of mobility and infrastructure, said she believes the reclamation of the street for play is ultimately in line with goals outlined in Mayor Bill Peduto’s Complete Streets initiative.

Ideally, residents would be able to use streets safely without actually closing them, Ricks said. Her department is analyzing the city’s streets to better understand if they are serving their most useful role, whether as a major thoroughfare or an area for shared pedestrian and car traffic.

Good street design, Ricks said, “should facilitate play and use for all ages.”

Ricks cited the “woonerf” concept as one of the inspirations for Complete Streets. Other models of increased pedestrian use include the Play Streets program in New York City, which allows residents to work with the health department and sponsoring organizations to temporarily close streets to traffic in the summer. The intent is to increase places for play and physical activity.

Models could be adapted locally, but Ricks noted that “one size doesn’t fit all.”

Heidi Pope, director of youth development for the Minneapolis Park and Recreation Board, said residents there generally live “within six blocks of a green space, but can't always get to it or their local recreation center because of crime and safety issues or traffic concerns.”

A pop-up parks program brings recreation to them, rolling out low-cost trailers to different neighborhoods during the summer to give residents access to skate ramps, games and sports equipment. The trailers are typically parked on nearby open land to create spaces for play and recreation. Streets are sometimes closed for public events.

Pittsburgh District 5 Councilman Corey O’Connor wonders if Pittsburgh really needs a formal system for more regular street use. He said that “might just take away from kids being kids and add a cost to something residents are doing naturally.”

Roadways like Pocusset Street in Squirrel Hill South have been turned into trails in his district, and the Playful Pittsburgh Collaborative recently implemented a Play Trail in Hazelwood.

But there are logistics to consider. Which safety controls are best? Who keeps tabs on unsupervised children? How can residents learn about traffic disruptions? How can neighborhoods stay accessible for residents with disabilities?

Plus, many Pittsburgh streets are 100 years old, built long before the city considered how detours would impact our modern traffic patterns.

“There isn't a lot of redundancy [built into] the network,” said Alex Pazuchanics, the city’s assistant director of planning, permitting and policy.

That can make detours difficult to plan. But the city has been working with experts in traffic modeling at Carnegie Mellon University to better understand how changes to one route impact traffic patterns. 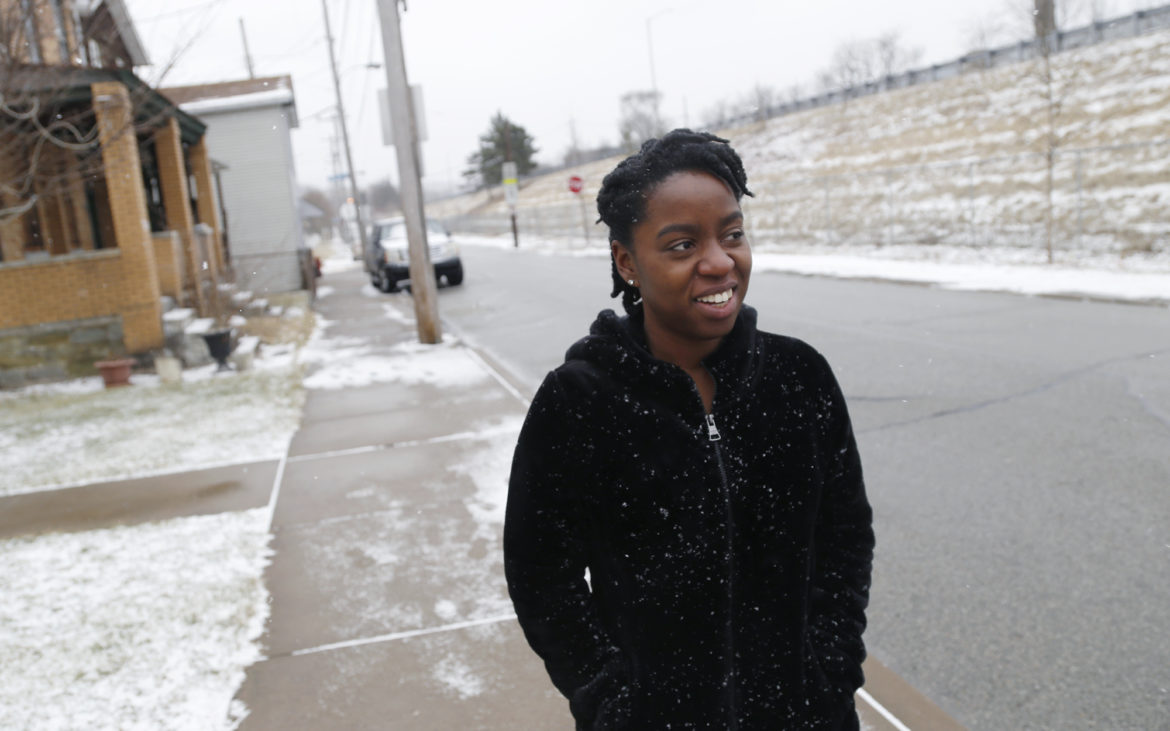 Pittsburgh District 8 Councilwoman Erika Strassburger said she was recently surprised that some residents in her district have lengthy walks to open spaces. She’s excited by the idea of expanding pedestrian street use.

Yet she wonders if small-scale but more frequent closures could become “a victim of its own success,” leading to other concerns with traffic and increased permitting requests.

She suggested trying a pilot on a few streets to “work out the kinks.”

Thinking back to my memories of 147th Street, I see how different my 5-year-old’s play experience is today.

We live on a fairly quiet road, but frequently enough, a car whizzes by to connect to the corridors along South Highland or Negley avenues in Shadyside. He’s largely confined to the sidewalk or our small backyard, as are other neighborhood kids who’ve yet to claim the street as their own.

Instead, the adults have begun to do so.

Since 2015, my neighbors have organized a block party that’s blossomed into a sizable event with live music, a spray station, bike riding zone and visit from a local fire truck.

Slowly, neighbors are forming friendships with people down the block who they may not have met were it not for the gatherings.

As I watch the evolution of the block party from a simple road closure to a tighter community, I can't help but wonder how our neighborhoods can benefit if we rethink our streets.

Christine Graziano is a writer in Pittsburgh and founder and director of Plant Five for Life. She can be reached at studio.cgm@gmail.com.