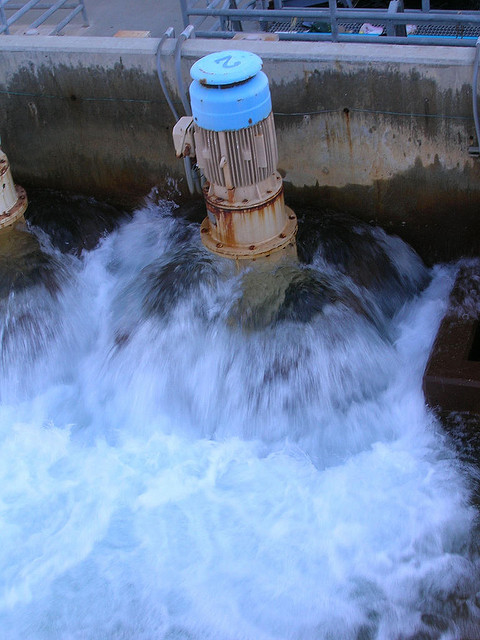 So much water is being pumped out of California’s underground aquifers that the ground is sinking at historic rates — some areas dropping more than a foot per year, according to Reveal News.

The worst sinking in 50 years is happening because groundwater now supports a majority of the state’s water needs, with most of the water going to agriculture.

But the extent of the problem and how much it will cost taxpayers to fix are part of the mystery of the state’s unfolding drought. No agency is tracking the sinking statewide, little public money has been put toward studying it and California allows agriculture businesses to keep crucial parts of their operations secret.

The sinking phenomenon, which is called subsidence, cost the state an estimated $1.3 billion to mitigate some of the effects from the state’s last substantial period of sinking in the 1960s.

The sinking did not slow until the 1970s, after California had completed its massive canal system – the most expensive public works project in state history. It delivered water from wetter parts of the state to farmers in the Central Valley and elsewhere, relieving their reliance on groundwater.

The state did a comprehensive survey for sinking in the 1970s, but the state hasn’t done a similar survey since.

Today, the U.S. Geological Survey has already found some effects from the sinking, such as two bridges in Fresno County that have sunk so much that they are nearly underwater.

Other categories of infrastructure such as roads, railroad tracks and canals are also threatened by the sinking ground. However, costly repairs to all of these systems aren’t currently being blamed on the sinking problem.

“We tried calling the railroads to ask them about it,” [Claudia] Faunt [of the U.S. Geological Survey] said. “But they didn’t know about subsidence. They told us they just fixed the railroads and categorized it as repair.”