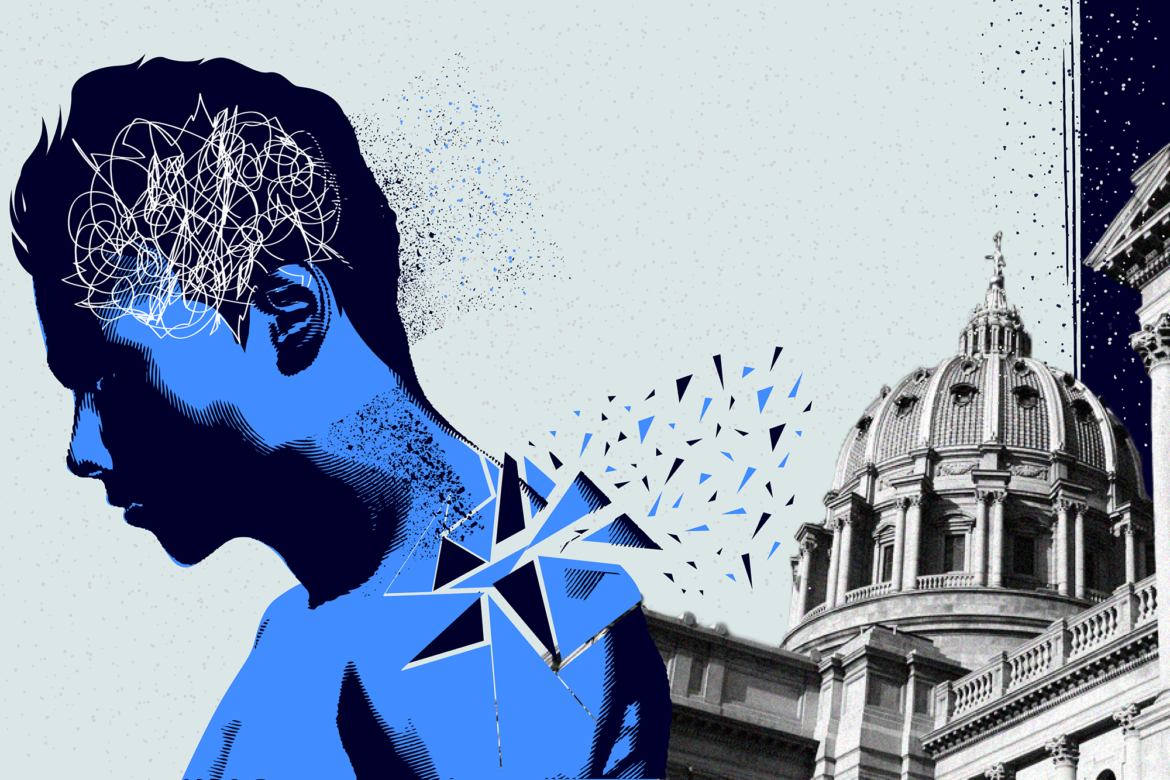 Two legislators are promoting a proposal to change the way thousands of the state’s most vulnerable people get services for mental illness and addiction treatment across the Commonwealth.

At issue is how the state delivers health services to Medicaid recipients, and whether they should merge the program offering behavioral health services with a larger one that also offers physical healthcare services.

Complementary bills in state House and Senate committees aim to eliminate Behavioral HealthChoices — a program led by the state but delivered at the county level in Pennsylvania.

“We have to have a common payment system to drive integration in the Commonwealth,” said state Rep. Seth Grove, a York Republican and sponsor of the House legislation. “You can’t treat two things separately. There has to be communication between mental health physician and primary care provider. It’s a medical whole model versus what we have today.”

A carve-out is a Medicaid financing model where a portion of the benefits — in this case, behavioral health services — are managed and/or financed separately. In recent years, more states are abandoning this approach in favor of a system that combines physical and behavioral health services to specific groups of people who might need a continuum of care. Still, there is resistance to the change without clear signal that it would improve care and because the shift away from local control may remove a revenue stream and erode local leaders’ ability to shape programs best suited to fit individual counties.

Have you been affected, positively or negatively, by the carve-out approach to behavioral health? Send an email to halle@publicsource.org.

Grove said the goal is to better help people by coordinating treatment through fewer programs. The carve-out approach does not engage providers in whole-person care, he said.

A spokesperson for state Rep. Kathy Rapp, chair of the House Health Committee, said the proposal will not be run through committee because Rapp does not support it.

The Senate bill, proposed earlier this year, advanced to the Health and Human Services Committee before the Legislature adjourned for the summer. It wasn’t immediately clear when and if the bill would advance in the Senate when the Legislature reconvenes in September.

“There are discussions ongoing, but there is nothing definitive at this time,” state Sen. Michele Brooks (R-50) said in July of a hearing. Brooks chairs the committee. State Sen. Kristin Phillips-Hill, also a York Republican, is sponsor of the Senate legislation.

Gov. Tom Wolf has not taken a position on the proposed legislation, according to Erin James, press secretary for the Pennsylvania Department of Human Services.

Pennsylvania is one of fewer than a dozen states that uses a carve-out model.

A key benefit of the existing approach, supporters say, is that counties are permitted to reinvest a portion of the revenues that local providers can then use to propose and fund programs that often address issues unique to their community.

In Allegheny County, officials used about $114 million in “reinvestment funds” from 1999 to 2017 to pay for programs such as mobile treatment services for youth.

Some who advocate for those with behavioral disorders have lined up against changing the state’s program without a compelling reason to do so.

Sue Walther, executive director of the Mental Health Association of Pennsylvania, said local input is crucial when providing these services to some of the Commonwealth’s most vulnerable citizens.

“From a stakeholder perspective and advocate and family perspective, we believe counties are far more interested in getting input from stakeholders than a large managed care operation would be,” Walther said.

Since physical health is so expensive, Walther said the concern is that “once again we might end up getting the short end of the stick.

“If we’re going to change it before we step out, you ought to have some good backup for why it’s needed and I haven’t seen anything that shows it’s needed,” she continued. “We believe people would end up with fewer services and less say at the local level over the types of services they get. Carve-in doesn’t make integration happen.”

“We believe people would end up with fewer services and less say at the local level over the types of services they get. Carve-in doesn’t make integration happen.”

State officials broke out the behavioral health piece in the 1990s, Walther said, because managed care companies were reaping extraordinary profits from those services on the public dime, so placing it in the hands of counties — that subcontract services to providers — could offer an element of local control with the ability to tailor programs to what leaders saw on the ground and in communities.

Walther worked as a policy coordinator with the former Mental Health Association of Southeastern Pennsylvania (now Mental Health Partnerships) to help develop the “carve-out” system in the state.

Kendra Snuffer, chief of staff for the state Office of Mental Health and Substance Abuse Services in the Department of Human Services, said her office is working with stakeholders to improve the existing system.

“The whole system has evolved since it was brought to Pennsylvania, but what makes it so strong is the counties are able to specialize, and what we are pushing for is to share and expand and share those best practices,” Snuffer said.

Tara Breitsprecher, deputy secretary of policy and planning for Gov. Tom Wolf, said that in conversations earlier this year, some county officials were concerned about eliminating the current system, though some providers see benefits to doing so.

County leaders are concerned that if the current system were changed, they’d lose key reinvestment dollars they now can take from the local program and create new programs most relevant to their communities, Breitsprecher said.

However, Phillips-Hill said that in talking to providers in her home county, care is “siloed” so that behavioral health providers struggle to connect with others on a patient’s care team.

With an integrated model, “We think this will incentivize the improvement and better coordinate. Maybe initially it will not save money, but in the long run when you can save people from debilitating physical disease because they are mentally able to care for their physical health needs,” she said, “you can improve people's quality of life.”

It’s not apparent what the costs associated with the change might be, but Phillips-Hill said mental health should be treated the same as physical health.

Phillips-Hill said Wednesday through a spokesman that she will continue to pursue the issue, because "the status quo is simply not working.”

Supporters of the carve-out approach say for many people seeking behavioral health, it is also the first time they have sought out help for their physical needs.

“Very few people go to their physical care doctors and end up in behavioral health care,” said Michele Denk, director of the Pennsylvania Association of County Drug and Alcohol Administrators.

“If this would all go away, your health insurance provider would be in charge of your behavioral health services and, in most places, your physical health services may not have the same network you are in, may not provide the same services,” she said. 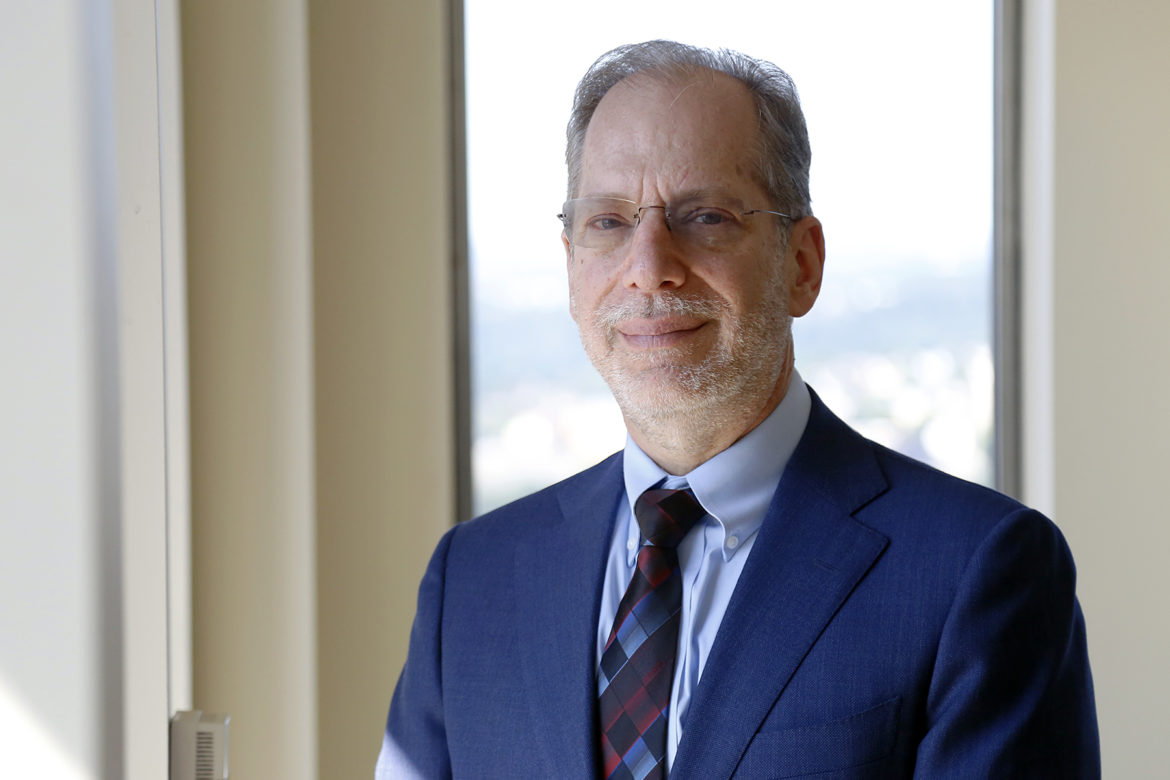 Another benefit of the current system, Schuster said, is how the programs are tailored toward the needs of the individual counties, instead of a one-size-fits-all program.

“A lot of it is local. They definitely have a local flavor,” he said. “The way the program looks in Erie County is different to the way it looks in Allegheny County.”

Richard Edley, executive director of RCPA, called the proposal to eliminate the carve-out “sort of this nuclear solution of blowing the program up,” whereas he supports examining the current system and making improvements.

There’s no consensus regarding which approach is better, based on how well people do when they receive services.

“The fear is when you lay out a big program, will they understand some of the innovations done at the county level?” Edley said. “Given the concerns raised by stakeholders, why not set up some committee to really look at this? What are the pros and cons about the models? Maybe we should ask, ’How do we better evolve the program?’”

The legislators acknowledged opposition to the proposal, but said they want to push forward.

“We need to have fresh looks at how we are operating government and do the best we can for the residents of the Commonwealth,” Grove said.

Grove pointed to a July report by United HealthCare that says there's a trend toward trying to meet an individual’s healthcare needs "holistically to increase value and manage costs." The report says there's a broader push to integrate health care and social services "across benefits, financing, populations, and providers." United operates healthcare plans in 27 states including Pennsylvania.

“We have a responsibility to produce the best outcomes that we can for any statewide program, to promote the best care we can for people who have really complex health needs and, by [eliminating the carve-out], we are going to reduce our long-term costs for taxpayer-funded medical-assisted programs,” Phillips-Hill said.

Denk, however, cautioned against eliminating the carve-out.

“A huge percent of the population would lose their behavioral health,” she said. “There would be massive confusion. ...What could be lost would really impact a lot of individuals.”

Kimberly Palmiero is a Pittsburgh-based journalist. A former editor with Trib Total Media and Gannett, she also is immediate past president of the Press Club of Western Pennsylvania. She can be reached at kimpalmiero@gmail.com.

Ramesh Santanam is a Pittsburgh-based journalist. He worked for a weekly, dailies and The Associated Press, for whom he now works as a freelance reporter.