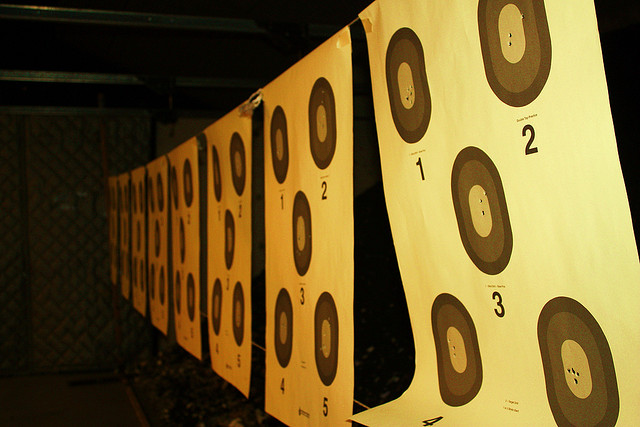 There is nothing rare about fatal police shootings. Thousands of citizens across America have died over the past decade at the hands of police — though very few shooters were charged with any crime.

Of the 54 officers charged since 2005, only 11 were convicted, according to a new analysis published by The Washington Post.

These were the most egregious cases, often with a number of factors that made them difficult for prosecutors to ignore.

In an overwhelming majority of the cases where an officer was charged, the person killed was unarmed. But it usually took more than that.

When prosecutors pressed charges, The Post analysis found, there were typically other factors that made the case exceptional, including: a victim shot in the back, a video recording of the incident, incriminating testimony from other officers or allegations of a coverup.

So it’s only in very rare cases that officer conduct is scrutinized publicly in a court of law. Often, officers involved in shootings return to active duty.

Most recently, a white officer in North Charleston, S.C., was charged with murder after video caught him aiming at a fleeing, apparently unarmed black man, and shooting him to death.

In Pennsylvania, Hummelstown officer Lisa Mearkle was charged with criminal homicide after firing two shots into an unarmed man lying face down on the ground during a February traffic stop. The incident was captured on video from Mearkle’s Taser.

Earlier this month, a 73-year-old reserve deputy in Tulsa, Okla., accidentally killed a suspect after mixing up his gun and Taser. He has not been charged.

For police, killing citizens is not illegal. It can be justified as part of their job if officers deem themselves or others to be in danger.

Proving a criminal mindset can be an insurmountable hurdle.

Jurors usually see the officer as “the good party in the fight,” said David Harris, a University of Pittsburgh law professor and expert in police use of force. “To get them to buy into a story where the officer is the bad guy goes fundamentally against everything they believe.”

While the issue of police shootings has received lots of national attention, it’s important to note that we actually have no idea how many citizens are killed by police each year.

The FBI keeps statistics on fatal shootings, but they are self-reported by departments and the government doesn’t require departments to provide numbers.

Instead, we only have incomplete numbers based on what has been reported and what appears in the media following a death.

If a killing isn’t scrutinized in court, discipline often happens behind closed doors, and it’s only in the rarest cases that officers are stripped of their badges. Often a firing requires criminal charges.

Even when juries do convict, officers usually serve only a couple years in prison, sometimes much less, as the Post reports.

Click here to explore an analysis of cases by The Washington Post and researchers at Bowling Green State University.